How Common Is Incest in the Targaryen Family on Game of Thrones?

Jon revealed his true parentage to Daenerys on episode 2 of season 8 of Game of Thrones: He is the son of Dany’s brother, Rhaegar Targaryen, which means that Daenerys is his aunt. Daenerys seemed more angry that Jon might be the true heir to the Iron Throne than worried about the fact that she had slept with her own nephew. But incest is nothing new to a Targaryen.

Actor Emilia Clarke confirmed that Daenerys was not particularly perturbed by the fact that she was related to Jon. “The related thing, to her, is so normal,” Clarke told Entertainment Weekly. “She could have easily married her brother. It’s not a thing. It’s a thing for Jon, but let’s just forget about that. The main thing is we’re up for the same promotion, and I’ve been working for it for my entire existence.”

It’s true that in the books, Daenerys spends years of her life expecting to marry her own brother, Viserys. (Viserys marries her off to Khal Drogo in a bid for the Dothraki army.) And as a proud Targaryen in hiding, Daenerys would have grown up hearing stories about her ancestors, many of whom married their own siblings in order to protect the royal line of dragon-riders.

But incest has also led to devastating consequences in the Targaryen clan. Targaryens pass down from generation to generation an ability to ride dragons, but also madness. “Your father was not the first,” Ser Barristan Selmy told Dany in A Dance With Dragons. “King Jaehaerys once told me that madness and greatness are two sides of the same coin. Every time a new Targaryen is born, he said, the gods toss the coin in the air and the world holds its breath to see how it will land.”

What would a union between Jon and Daenerys mean for the throne — and for a possible future child? Let’s look at the history.

Here are just a few Targaryens who married their relatives — for better or worse.

Daenys had a prophetic dream about the Doom and convinced her brother to escape to Dragonstone with her. They did just that and married one another. Their children, Aegon and Elaena, in turn married one another as well. After the Doom killed all the other known, the Targaryens became the last dragon-riding family.

Aegon the Conquerer, the man who burned his enemies’ weapons to create the Iron Throne and sit upon it, married his two sisters, Rhaenys and Visenya. According to lore, he loved Rhaenys but also felt that Visenya should be part of the relationship out of obligation. The three conquered Westeros and ruled together, and each sister-wife bore Aegon a son.

The High Septon had blessed Aegon when he became king, but the Faith Militant were not happy with all the incest in the Targaryen family. When Arys eventually married his children to one another, the Faith Militant started a rebellion that lasted through the rule of three different Targaryen kings.

Meanwhile, after Aegon died, Rhaenys’ son Arys took the throne for a brief period of time. But after a lifetime of resentment over the fact that Aegon preferred Rhaenys to her boiled over, Visenya had Arys killed. Her song Maegor the Cruel took the throne, and he lived up to his monicker in all the worst ways.

Princess Rhaenyra eloped with her own uncle, Daemon. The controversial couple mostly paired up romantically to anger Rhaenyra’s father — Daemon has a gripe over his brother denying a past romantic interest. Eventually, Daemon cheated on Rhaenyra with another Targaryen relative. Then he fell off a dragon and died. Rhaenyra was eaten by another dragon. 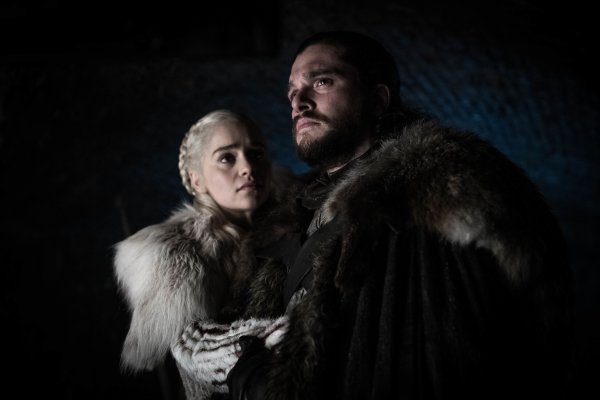 How 'Jenny's Song' Drops Massive Hints About Jon and Daenerys' Future on Game of Thrones
Next Up: Editor's Pick