Peppa Pig rides her bicyle in a scene from one of the "Tickle U" series of cartoons.
Cartoon Network/AP
By Charlotte Alter

An adult Italian woman who shares a name with an animated goat in the popular Peppa Pig children’s series is demanding €100,000 ($124,500) in compensation from the show’s producers because she’s been “teased” about it.

Gabriella Capra, 40, is suing London animation firm Astley Baker Davies for damages after she was mocked by her presumably adult friends for sharing a name with “Gabriella Goat,” a minor character in a television show aimed at toddlers.

“Capra” means “goat” in Italian, so when the series was broadcast in Italy, “Gabriella Goat” became “Gabriella Capra,” the Guardian reports.

In the show, Gabriella Goat is a friendly Italian goat who shows Peppa Pig around when she and her family visit Italy on vacation. She is also the niece of Uncle Goat, who makes pizza. She bleats, because she is a goat.

Capra says she will donate any damages to charities for abandoned children. 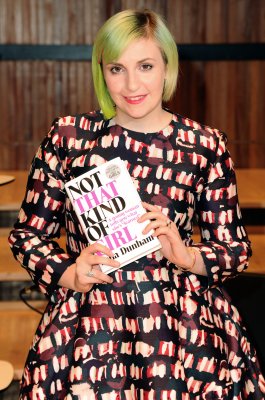 What We Can Learn From the Lena Dunham Debacle
Next Up: Editor's Pick