When Lil Nas X dropped out of college eight months ago to pursue a career in music, his parents were less than thrilled.

“My dad initially was like, “There’s a million rappers in this industry,’” he said in a phone interview. “They wanted me to go back to school.”

But the 19-year-old from Atlanta, born Montero Lamar Hill, is not likely to return any time soon. His hybrid country/rap single “Old Town Road” climbed to the top of the Spotify United States Top 50 and global Apple Music charts and currently sits at #15 on the Billboard Hot 100. In March, he inked a record deal with Columbia after an intense bidding war.

And in April, a remixed version of “Old Town Road” was released featuring the country veteran Billy Ray Cyrus; the version was met with general acclaim.

Lil Nas X’s path to success might not have been possible just two years ago. His song caught fire not on the radio airwaves, but as a meme on TikTok, the video sharing app which debuted in China three years ago and has exploded in popularity in the United States over the last year. On the app, millions of video creators used the song as a soundtrack to transform themselves into cowboys and cowgirls. Videos with hashtag #yeehaw, almost all of which sample “Old Town Road,” have been seen more than 67 million times.

The song received support from Justin Bieber, and Texas Tech celebrated a win during March Madness by dancing to it:

But Lil Nas X’s seemingly-overnight success also came with controversy. Earlier this week, Billboard pulled the song from the Hot Country Songs chart, telling a representative for Columbia Records that its initial inclusion was a mistake, according to Rolling Stone. The decision resulted in an online backlash, with some saying that Lil Nas X’s exclusion continued country music’s troubled history of turning its back on black artists.

In an interview with TIME, Lil Nas X discussed the controversy as well as his impetus for creating “Old Town Road.”

What was your life like before the success of “Old Town Road?”

Everything was very stressful. I would probably get three hours of sleep, staying up on the internet trying to promote my music at my sister’s house before coming back home. I would be over there sleeping on the floor—I didn’t want to come back home because I knew my parents would be mad at me. I had headaches, literally almost daily, I guess from depriving myself of sleep. And I was just being talked down to because I left school.

How did you come to create the song?

“Old Town Road” came after a period of feeling like I was out of options. I was living with my sister. She was pretty much fed up with me being there. That’s where the chorus lyric came from—it was me saying, “I want to leave everything behind.”

But during the month of me making [it], I gave it a different meaning, so that the “Old Town Road” would be the symbol for success. The horse would be not having too much, but having what you have, in order to get to where you’re trying to go. The “can’t nobody tell me nothing” part is referring to my parents: wanting me to go back to school, not thinking it’s that likely for [me] to make it.

How did you feel once it took on a life of its own on TikTok?

I promoted the song as a meme for months until it caught on to TikTok and it became way bigger. I was pretty familiar with TikTok: I always thought its videos would be ironically hilarious. When I became a trending topic on there, it was a crazy moment for me. A lot of people will try to downplay it, but I saw it as something bigger.

Why did you decide to sign with Columbia Records?

I wanted to stay independent because I figured there was no way I was going to be able to have control to create the type of music I want. I was basically ignoring a lot of labels.

I saw this guy’s picture on Instagram, and something told me to scroll back down. I didn’t know who he was at the time, and I wanted to see his hair in the picture, for some reason. Then I read the message and found out it was Ron Perry [the chairman and CEO of Columbia].

I got on a call with him and told him about why I didn’t want to sign. He told me his vision for me—and he pretty much saw everything how I saw it, in a way. It was a surreal moment. I was allowed creative control, too.

Your song is racking up millions of views on TikTok. Do you think you should be paid per stream on the app?

Oh, no, no. I should maybe be paying TikTok. They really boosted the song. It was getting to the point that it was almost stagnant. When TikTok hit it, almost every day since that, the streams have been up. I credit them a lot.

“Old Town Road” was recently removed from the Billboard Hot Country Songs chart, but it remains on the Hot R&B/Hip-Hop Songs chart. Do you consider it a country song?

The song is country trap. It’s not one, it’s not the other. It’s both. It should be on both.

Do you think your removal from the country chart had racial undertones?

I believe whenever you’re trying something new, it’s always going to get some kind of bad reception. For example, when rap started, or when rock and roll began. But with country trap, I in no way want to take credit for that. I believe Young Thug would be one of the biggest pioneers in that. 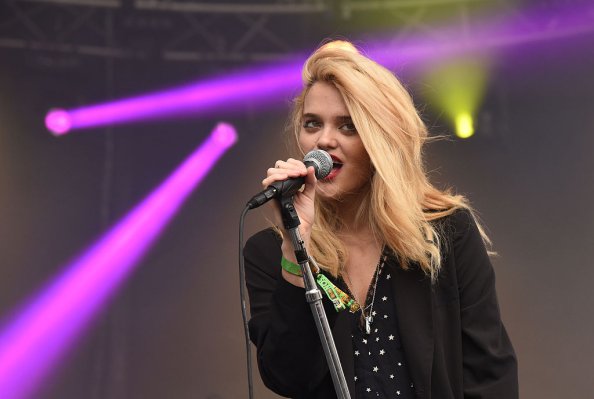