'People Just See What They Want to See.' Why That Starfish's Physique You're Seeing Everywhere Can Totally Be Explained By an Expert

All starfish don’t look the same, but this one became a breakout star.

If you’re one of the hundreds of thousands who marveled at the viral behind of one on Twitter, you already knew that. On June 30, Twitter user @Babyshoujo shared a photo of the pink starfish she saw at the Aquarium of the Pacific in Long Beach, Calif.

The viral starfish in question is a vermillion sea star that lives in the Deepwater exhibit at the Aquarium of the Pacific’s Northern Pacific Gallery, the aquarium’s curator of fish and invertebrates, Nate Jaros, told TIME.

But despite the creature’s eye-catching appearance, Christopher Mah, an invertebrate zoology research associate at the Smithsonian National Museum of Natural History, says that there’s nothing strange (or abnormally large) about it.

“It is totally not a butt,” Mah tells TIME through light laughter. “The swollen areas, even though people kind of interpret two of those areas as buttocks, there are five of them. And all five of them are the regions where all of the animal’s guts are located,” he says.

Here’s the deal. Because these animals have no blood, seawater circulates throughout their bodies instead, so the appearance of two cheeks on those two specific legs means the starfish is just swollen with water, Mah explains. So it’s really just a coincidence that two of its five legs happened to be swollen next to each other in a way that resembles a person’s shape.

The fact that people have personified this vermillion sea star isn’t surprising to Mah, who says it’s a recent phenomenon that some biologists refer to as “I wouldn’t have seen it if I hadn’t believed it.” Reddit users marveled at a similar-looking creature last year, referring to the swollen legs as a caboose.

And, of course, people drew comparisons to Spongebob‘s Patrick Star from the viral picture — the fictional starfish, whom Mah calls “anatomically inccurate,” had his own version of a human’s behind.

Mah says that with Spongebob‘s cultural relevance, the rise of memes and a “shortcoming of education,” it’s become common for people to “relate body forms to humans.”

Recently, the internet has buzzed over a photo of two gorillas looking selfie-ready and a dog joyfully playing catch in spite of his disability. “People just see what they want to see,” Mah says. It’s an example of this larger trend that people would identify the sea star’s swollen limbs as a buttocks.

Jaros, who curates the exhibits of creatures including the starfish, hopes this level of attention raises awareness for and interest in sea creatures. “Sea stars are an important species in many marine habitats, and we hope the attention is turned to learning more about these animals, the threats they face in the ocean, and things that can be done to help,” he told TIME in an email.

And Mah thinks the internet’s obsession with humanlike animals might be a good sign, after all. “I think people are so withdrawn now from nature that maybe they need to see these things,” Mah says. “They find themselves drawn to natural history and marine animals. Even if they’re kind of made into cartoons, they’re at least kind of a connection to nature.” 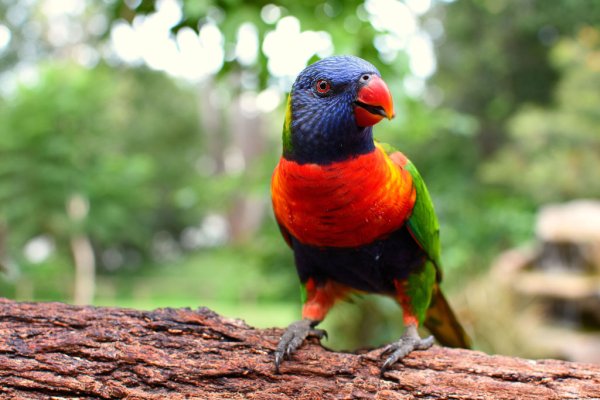 This Grandpa and Bird Were Reunited After His Car Was Stolen
Next Up: Editor's Pick