A couple of iconic gorillas were camera-ready when their human friend snapped a photo.

The two gorillas in question, Ndakazi and Ndeze at Virunga National Park in the Democratic Republic of the Congo, have gone viral after the park shared their picture earlier this week. According to the park’s caption, a lot of people couldn’t believe the perfectly captured moment was real.

If you’re a fan of the instant classic moment for these animals, park officials said in an Instagram post that the animals’ poses were completely genuine. “These gorilla gals are always acting cheeky so this was the perfect shot of their true personalities,” Monday’s caption says.

Both Ndakazi and Ndeze live at the Senkwekwe Center, the park’s sanctuary for orphaned mammals, since they were infants. Senkwekwe is a UNESCO World Heritage site and currently houses 22 gorillas, according to its website.

Virunga’s deputy director Innocent Mburanumwe told BBC News that it’s likely the animals had learned to imitate the physicality of their caretakers. Because they each lost their mothers when they were only a few months old, caretakers like these are almost like parents to them, Mburanumwe explained.

Though it’s common for primates to walk upright for “short bursts of time” as these two gorillas did, it’s important to remember that it is “never permitted to approach a gorilla in the wild” for safety purposes, the post warns.

Still, gorillas share over 90 percent of their DNA with humans, so it’s no surprise that the cheeky “gorilla gals” are your new selfie queens. 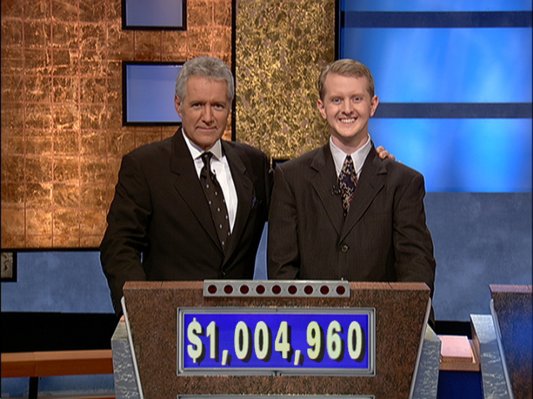 Why This Wildly Successful 'Jeopardy!' Contestant Wants a New Star to 'Take a Swing' at His Record
Next Up: Editor's Pick