If you were looking for a pick-me-up, just take a lesson from this French bulldog who sprints like an athlete, despite two paralyzed back legs.

The dog’s owner, Nick Johnson, took to Twitter on Tuesday to share the dog’s unfortunate-yet-uplifting situation. “My dog’s back legs were paralyzed last month, but I don’t think he knows yet,” Johnson wrote, “so don’t tell him.”

It looks like this pup is living his best life.

In the video on Twitter, the dog chases to fetch a football his owner throws as two legs drag behind him. The viral tweet has garnered close to 500,000 likes and more than 5 million views as of Wednesday morning. Johnson then shared the Instagram account for the Frenchie, who is named Cudi. You can follow along with his adventures and escapades on the LilBuddyCudi page.

Some people chimed in to share their own dogs that are injured or have disabilities, and the result is the most heartfelt thread you’ll see on social media all day. 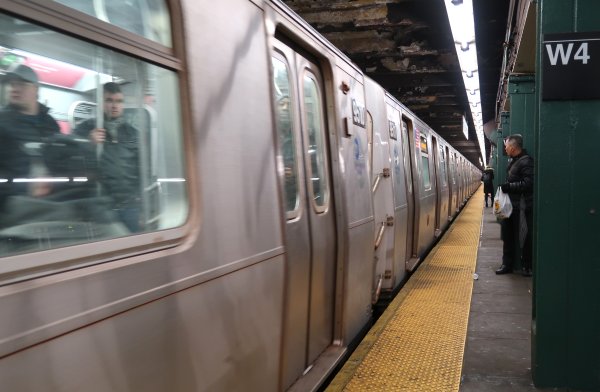 Get Your Whole Life to This Video of Strangers Breaking Out In a Delightful Subway Singalong
Next Up: Editor's Pick