After a series of choose-your-own-adventure Twitter threads have taken the platform by storm, captivating users who are attempting to not get fired by Beyoncé, now the creator is explaining how it all came to be.

The “simulation” created by 19-year-old student in Los Angeles, Landon Rivera, first took off as a sensation over the weekend, as people tried to make it through a labyrinth of decisions to keep their job as Beyoncé‘s assistant. (Your first task: choose what to serve Queen Bey for breakfast. If you go with the hearty “five star breakfast” — boom, already fired.) Since then, he’s kept up a steady stream of new content and new adventures for eager Twitter citizens to follow. Rivera chatted with TIME — over Twitter DM, of course — about the process of putting the threads together, and what’s next for his viral creation.

“[I’d] seen a thread similar from years ago,” he explained about the impetus for the viral tweet. “It was really more like a two-selection, though, and it wasn’t complete. I wanted to make something a little different, with more outcomes, and wanted sort of a domino effect if you picked the wrong choice.” In his Beyoncé thread, there are choices that may seem correct but lead nowhere. For instance, at one point you might need to decide who gets cut from the passenger list of her private jet — but as Rivera admitted, “that whole section is a dead end.”

For this first thread, Rivera was really just experimenting with the form, and was taken by surprise when it blew up online. “If I would have known it would have gotten so popular I definitely would have done it more justice,” he says now. Many users have ended up entertained but frustrated, as it can seem impossible to not get fired. There’s a reason for that: “The real ending was you’ve actually kidnapped her and were never her assistant, but Twitter deleted some of the tweets so it messed with the thread flow,” Rivera said.

But not to worry, you’re not alone. Even he knows he couldn’t make it as Beyoncé’s assistant in real life — not because she’d be too difficult as a boss, but because he’s too much of a superfan. “I’d ask her so many questions,” Rivera said.

Now, Rivera is working on more threads, including one about keeping Cardi B out of harm’s way and one about getting away with murder. He says they can sometimes be “a pain” to put together, But he’s started drafting the outcomes on a flow chart to help keep organized. “Putting it out there is what’s time consuming,” he explained, since it requires a lot of copy-pasting and formatting. The simulations have hit a resonant note online, with users comparing them favorably to Netflix’s choose-your-own-adventure Bandersnatch movie. As of Tuesday evening, Rivera had over a quarter of a million likes on the first Beyoncé post, and celebrities like Chrissy Teigen and Questlove had jumped into the game.

It seems like Rivera’s viral fame could have legs well beyond Twitter. “I’ve gotten quite a bit of offers from directors, writers and developers,” Rivera shared. “So hopefully I’m able to find the right one, and keep making [the threads].” Next up: simulations that up the ante, using currency and time limitations to increase the stakes. “Say, for example, they order breakfast — [then] they won’t have enough to buy supplies.” And — who knows? — maybe these threads could exist in an app or a game, which would “make everything much easier.”

As for Beyoncé? While she hasn’t publicly commented on the thread, Rivera isn’t worried. “I haven’t heard anything from her or her team, but I’m sure she knows it exists,” he said. 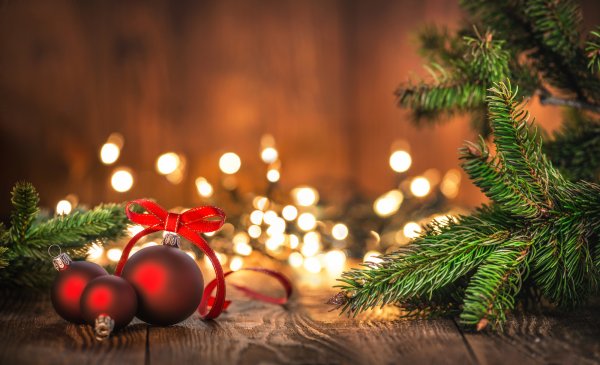 Missing the Festivities? This Is the Year You Can Give 'Half-Christmas' the Sitcom Holiday Appreciation It Deserves
Next Up: Editor's Pick