Since The Force Awakens hit theaters in 2015, the Disney-owned Lucasfilm has released five new Star Wars movies, completing the Stars Wars sequel trilogy and dropping two standalone anthology films. And fortunately for fans of the galaxy far, far away, it doesn’t look like the studio plans to stop churning out Star Wars movies anytime soon.

Still, it hasn’t been smooth sailing for the iconic franchise. Star Wars: The Rise of Skywalker, out Dec. 20, has been met with the worst critical reviews for a Star Wars movie since 1999’s The Phantom Menace. TIME movie critic Stephanie Zacharek described the final installment in the nine-part “Skywalker Saga” as “a movie that’s sometimes reasonably entertaining but that mostly feels reverse-engineered to ensure that the feathers of the Star Wars purists remain unruffled.”

Another recent shakeup came when Lucasfilm announced on Oct. 28 that Game of Thrones showrunners David Benioff and D.B. Weiss would be stepping away from the non-Skywalker-related trilogy they planned to develop for the studio. The first film in the series had been set for 2022. The pair told Deadline that their schedule was “full” with Netflix projects. “We love Star Wars,” they said in a statement. “When George Lucas built it, he built us too. Getting to talk about Star Wars with him and the current Star Wars team was the thrill of a lifetime, and we will always be indebted to the saga that changed everything.”

The news came after a poorly-received Game of Thrones panel featuring the two creators in Austin. Benioff and Weiss have been avoiding the spotlight since the final episodes of that show faced backlash in the spring of 2019. Their comments during the panel seemed to confirm fans’ worst fears: Benioff and Weiss claimed they were not qualified enough to take on that fantasy story. “Everything we could make a mistake in, we did,” they reportedly said. In a puzzling twist, they attributed any success of the show to the professionalism of the actors, costume designers and others working on set. Benioff and Weiss announced their decision to leave behind the Star Wars universe days later.

Still, Star Wars fans can look forward to a new trilogy from The Last Jedi and Knives Out director Rian Johnson. Plus, in addition to The Mandalorian, there are at least two more new Star Wars shows to look forward to: an Obi-Wan Kenobi series and a Rogue One prequel, all on Disney’s streaming service Disney+.

With all this information floating around, it can be hard to keep track of all of the upcoming Star Wars movies and shows and their respective release dates. So if you’ve found yourself asking, “When does the next Star Wars movie come out?,” then wonder no more.

Check out our list of all the upcoming Star Wars movies and shows below.

Pedro Pascal as Mando in The Mandalorian
Disney/Lucasfilm

Warning: This post contains spoilers for season 1 of The Mandalorian.

It didn’t take long for Disney to renew The Mandalorian for a second season in the wake of the success of its first eight-episode run. And with Pedro Pascal’s Mando now tasked with returning Baby Yoda — or as Disney insists on calling him, the Child — to his people, it seems as though we’ll soon be seeing a lot more of the post-Return of the Jedi galaxy far, far away.

“Until it is of age or reunited with its own kind, you are as its father,” the Armorer (Emily Swallow) tells Mando of the Child in the season 1 finale. “This is the way.”

Lucasfilm has announced that a whole new Star Wars trilogy is slated to follow Episode IX, with The Last Jedi director Rian Johnson onboard to write and direct at least the first installment. Johnson’s longtime collaborator Ram Bergman is set to produce.

The new Star Wars series will be separate from the episodic Skywalker saga, according to Lucasfilm, and center on yet-to-be-introduced characters from the galaxy far, far away.

“I’m just in the very beginning of starting to come up with what the new trilogy is going to be,” Johnson reportedly said at a press event in Mexico for The Last Jedi in November 2017. “What makes me so excited about it, is the idea of doing a new story on the big canvas of three movies in this world. There’s just so much potential and I can’t wait to jump into it.”

Johnson announced that he would begin work on this new galaxy far, far away trilogy after completing his film Knives Out, which hit theaters on Nov. 27, 2019.

Diego Luna‘s Cassian Andor is getting his own spinoff series from the hit Rogue One film. Spoiler alert for Rogue One, but we already know how Cassian’s story ends. Along with Jyn Erso (Felicity Jones) and several other Rebel fighters, he embarks on a suicide mission to steal the plans to the Death Star. They succeed and those plans are eventually delivered to Leia, kicking off the events of Star Wars: A New Hope.

But before Cassian became a war hero, he had a long career as a Rebel spy. Disney has described the project as a spy thriller. Tony Gilroy, one of the writers of Rogue One, will pen the pilot for this yet-unnamed series. Alan Tudyk will reprise the role of droid K-2SO, according to a funny tweet from the actor.

Ewan McGregor took the stage at Disney’s annual D23 conference in August with Lucasfilm head Kathleen Kennedy to announce that he will return to play iconic Jedi Master Obi-Wan Kenobi in a series for Disney+. McGregor played a young version of the character who mentored Anakin Skywalker (Hayden Christensen) in the prequel trilogy; Sir Alec Guinness played Kenobi in George Lucas’ original trilogy.

However, on Jan. 23, Variety reported that production on the show is on hold while Lucasfilm looks for new writers to rework the scripts following the departure of screenwriter Hossein Amini (Drive, Snow White and the Huntsman). At a Birds of Prey fan event in Los Angeles, McGregor told Variety that the shakeup isn’t as “dramatic as it might seem” and that he doesn’t think it will affect the premiere date.

“I think we start shooting early next year as opposed to summer this year,” he said. “I think the scripts are great. They’re in really good shape. They want them to be better. I think we keep our same airdate. All good.”

Details about the series are few and far between, but Lucasfilm has confirmed the series will be set eight years after the events of Star Wars: Revenge of the Sith. Deborah Chow, who has directed episodes of Better Call Saul, Mr. Robot and Jessica Jones, will helm the show. 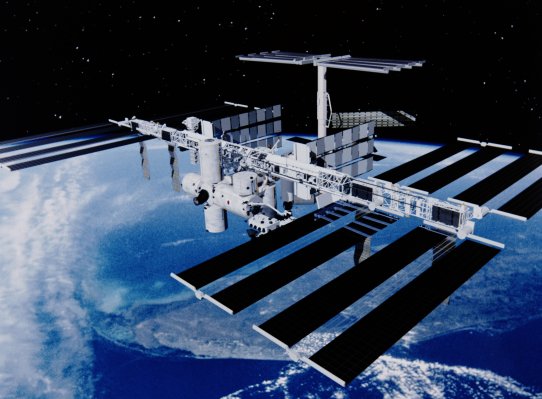 NASA Says Astronauts Will See Star Wars: The Last Jedi in Space
Next Up: Editor's Pick