Star Wars: The Rise of Skywalker Tries Too Hard to Be Everything to Everyone

Star Wars is for everybody. Star Wars is for the fans. If you’re confused about the correct answer, Star Wars: The Rise of Skywalker—also known as Episode IX, the final installment of the nine-part “Skywalker Saga”—isn’t likely to help. This overloaded finale, directed by J.J. Abrams, is for everybody and nobody, a movie that’s sometimes reasonably entertaining but that mostly feels reverse-engineered to ensure that the feathers of the Star Wars purists remain unruffled. In its anxiety not to offend, it comes off more like fanfiction than the creation of actual professional filmmakers. A bot would be able to pull off a more surprising movie.

Star Wars: The Rise of Skywalker opens, as the Star Wars films traditionally do, with a crawl: “The dead speak!” it tells us. What are they saying? Wouldn’t you like to know. At the end of the 2017 Star Wars: The Last Jedi, directed by Rian Johnson, First Order baddie Kylo Ren (Adam Driver) killed the even bigger baddie Snoke (Andy Serkis) and declared himself Supreme Leader. At the beginning of The Rise of Skywalker, we see our new Supreme Leader Kylo fondling a glowing green power thingie. Pay attention to this power thingie, because for most of the movie…you’ll see neither hide nor hair of it. But you know it’s got to mean something.

Meanwhile, elsewhere, powerful warrior orphan Rey (Daisy Ridley) commences Jedi training with the former Princess, now General, Leia Organa (Carrie Fisher), who has assured her that the Resistance has a chance to overthrow the First Order. Rey hovers in the air, cross-legged, as rocks float around her. The Force, channeled correctly, allows you to do stuff like this. Meanwhile, Kylo receives orders from a dead person—the dead are speaking, just as promised. Hotshot pilot Poe Dameron (Oscar Isaac) is flying around and grousing about various indignities. Former Storm Trooper, now Resistance fighter, Finn (John Boyega) spends much of his time at Poe’s side being charmingly conciliatory; occasionally he gets to be heroic. If you didn’t much care for Finn’s smart, appealing sidekick and potential love interest from the last movie, engineer Rose Tico (Kelly Marie Tran), you’re in luck—here she’s stuck on the ground tinkering with space-ship engines, behind the scenes. The fans have spoken.

Kelly Marie Tran as Rose and Daisy Ridley as Rey in Star Wars: The Rise of Skywalker
Jonathan Olley—Lucasfilm Ltd.

Stuff happens in The Rise of Skywalker. Just when you think stuff is going to stop happening, it keeps happening. Characters die temporarily and then—surprise!—turn out to be not dead at all. Or they die and they’re resurrected. To be fair, a few really do just die. But the rules guiding the plot logic of The Rise of Skywalker are conveniently lax. When Abrams needs to shift the action, he’ll just have one character or another shout “[Blank] is coming! We’ve got to go!” One confrontation between nemeses is left hanging in one of these “We’ve got to go!” moments, and nobody is supposed to notice.

There are one or two pleasures to be had in The Rise of Skywalker. Many of the characters and things you want in a Star Wars movie are here, including C-3PO (Anthony Daniels) and Chewbacca (Joonas Suotamo), as well as the Millennium Falcon, in all its ramshackle glory. But overall, there are so many characters—new ones as well as old—and so much mythology to tie up, that interactions between individuals often seem like afterthoughts. There’s a tender moment here or there, but nothing lingers—even moments that should carry some dramatic weight drift by like tumbleweeds. Because, you know, we’ve got to go!

It’s hard to gauge exactly how many of The Rise of Skywalker’s problems are specifically Abrams’ fault. He directed the first film in this final trilogy of the Star Wars series, the 2015 Star Wars: Episode VII—The Force Awakens. It was OK. But Johnson’s The Last Jedi was better by leaps and bounds—more inventive, more soulful, less mired in boggy mythology. It opened a window in this somewhat weary franchise, setting up a story in which the old guard, consisting largely of white men, would pass the reins to a younger generation, that more accurately reflects the world the audience lives in. It was a fantasy that also carried threads of resonance in that world.

Anthony Daniels as C-3PO, John Boyega as Finn and Oscar Isaac as Poe Dameron in Star Wars: The Rise of Skywalker
Lucasfilm Ltd.

But hardcore fans hated The Last Jedi and made their displeasure known on social media. The stakes for any Star Wars movie are high; for The Rise of Skywalker, the series’ closer, they were even higher. Colin Trevorrow (Jurassic World) had originally been set to write and direct, but was replaced by Abrams in 2017. (Trevorrow is credited as one of The Rise of Starwalker’s screenwriters, as is Abrams.)

Troubled films are often bland and colorless, if efficient in the way they tick off the boxes of fan expectations. Maybe that’s what happened with The Rise of Skywalker: In working so hard to please the franchise’s fan base, Abrams lost every chance at adding a spark of originality. Fantasy is compelling to children because it gives them a sense of control over the uncontrollable: An enemy can be vanquished with the help of a light saber. You can triumph over evil if you’re really, really good. But this new world order, in which fans decide what they want and don’t want in their cherished franchises, is the enemy of creativity and imagination. The most vocal, hardcore Star Wars fans—most of them full-fledged grownups—don’t just fantasize about having control; they’ve found a way to get it, and their tyranny is oppressive. However you feel about George Lucas’ 1977 Star Wars, it was at least a picture made by an inventive weirdo with a distinctive vision. No wonder people were delighted by it. Now, delight has been replaced with duty. The fans have formed their own empire, and it hasn’t just struck back; it’s won. 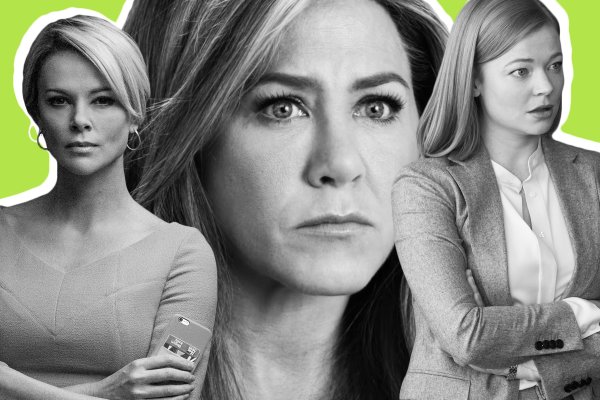 Bombshell Is the Latest Example of Pop Culture Reckoning With the Complicated Reality of #MeToo at Work
Next Up: Editor's Pick