What Makes a Crime Show Actually Worth Watching in 2022

Christopher Walken in 'The Outlaws'
Amazon
By Judy Berman

Crime may not pay, but crime shows sure do. Especially right now. While the genre has been popular since the midcentury heyday of Perry Mason and Dragnet, recently it seems as though every TV trend has a kernel of crime at its core: Scammer shows. Mafia sagas. Domestic thrillers. True-crime documentaries and docudramas. Many of Netflix’s biggest global hits–South Korea’s Squid Game, Spain’s Money Heist, France’s Lupin, the U.S.’s Inventing Anna–speak the international language of crime.

Procedural franchises, from Law & Order to NCIS, have long been the category’s most reliable moneymakers. Yet since the era of The Sopranos and The Wire, pay-TV platforms have been cranking out prestige crime dramas nonstop. Typically a serialized epic with a hefty budget and a recognizable ensemble cast, this kind of show cuts across subgenres, striving for psychological realism and timely social commentary. As the deluge continues, it’s worth asking: What makes a great crime show in 2022?

Three series that fit loosely into the prestige crime mold are set to debut in early April. British dramedy The Outlaws follows seven low-level offenders rehabbing a derelict building for community service. Tokyo Vice adapts the memoir of a U.S. journalist who covered the Japanese capital’s criminal demimonde in the late 1990s. And 61st Street centers on a lethally mismanaged drug bust on Chicago’s South Side. From an aesthetic standpoint, all of these shows are solidly made; the production values are high and the backdrops realistic. What separates them is how much attention each one invests in the human personalities onscreen.

The most traditional of the bunch, AMC’s 61st Street–like The Wire, American Crime, and The Night Of before it–frames its story as a microcosm of a broken criminal-justice system. Courtney B. Vance stars as an aging public defender with a bad prostate and a creeping suspicion that he’s wasted his life fighting courts that will always be indifferent to his poor, predominantly Black clients. The show, which premieres on April 10, takes a panoramic view of the sting, inhabiting the perspectives of politicians, gang members, parents, good kids in a rough neighborhood, and clean and dirty cops. People speak more as representatives of groups than as individuals. “Look at me,” an officer tells a Black teenager. “You see a blue life that doesn’t matter, right?”

Created by Peter Moffat, of The Night Of and Showtime’s overwrought crime drama Your Honor, it’s the kind of show that might’ve broken ground in the early years of the Black Lives Matter movement. Certainly, its themes remain relevant. But its mix of generic hand-wringing over injustice and coincidence-heavy thought-experiment plotting has been done too many times to make much of an impact.

Tokyo Vice, a bilingual action drama arriving April 7 on HBO Max, at least offers a novel setting rendered in pilot director Michael Mann‘s signature neon-noir style. Ansel Elgort plays Jake Adelstein, the first foreigner ever hired as a reporter by Japan’s most widely read newspaper, Yomiuri Shimbun. Assigned to the police beat, he stumbles upon a tantalizing connection between two violent deaths. As an outsider, he’s too conspicuous to blend in, but too cocky and naive about the norms that govern interactions among cops, the media, and various yakuza factions to stop digging when his colleagues might judge it prudent.

A Japanese co-production that’s keenly aware of cultural stereotypes on both sides of the Pacific, Tokyo Vice mostly avoids the exoticizing gaze that afflicts so many Western portraits of the city. But even if you put aside the sexual misconduct allegations that continue to follow Elgort (the most serious of which he has denied), it’s strange to see the preternaturally detached Baby Driver star try to play a scrappy upstart journalist. In an overabundant genre where story lines tend to follow the familiar beats of an investigation, viewers have to care about the hero. And that’s tough when his inner life is given minimal attention.

It stands to reason, then, that the most promising of the three titles is The Outlaws, a joint BBC/Amazon project coming to Prime Video on April 1 that thrives on its idiosyncratic characters. The show is a spiritual successor to Orange Is the New Black and The Breakfast Club, in that it throws together people who have nothing in common but their shared punishment–and it’s refreshingly self-aware about that. “Everyone’s a type,” teen shoplifter and self-described “studious Asian good girl” Rani (Rhianne Barreto) points out in the premiere. “You’ve got your right-wing blowhard, left-wing militant, celebutante, shifty old-timer.” (The latter, fresh out of prison and eager to make amends with his rightly resentful daughter, is played by a surprisingly subdued Christopher Walken.) Rani’s “bad boy” love interest and a nerdy loner round out the crew.

Slowly, in Orange-style flashbacks, everyone’s story comes out. And even as it pushes forward the plot with genre standbys like gangsters and bags of cash, the show fosters unexpected bonds that stretch the characters’ understanding of themselves and one another. This can be hokey, but mostly it’s humane, merging the experiences of people from different backgrounds without thoughtlessly equating them.

As far as I’m concerned–even now that franchises reign and episodic budgets can stretch into the tens of millions–it’s always the characters that separate a competently made show from one that’s actually worth watching. And that applies to crime just as much as it does to any other genre. What would The Sopranos be without Tony, or The Wire without Omar? It’s easy to draw in viewers with grit and suspense, or with a premise purpose-built to dramatize contemporary political divisions. More difficult, but increasingly crucial as crime shows multiply, is crafting characters and performances with enough depth to keep us coming back. 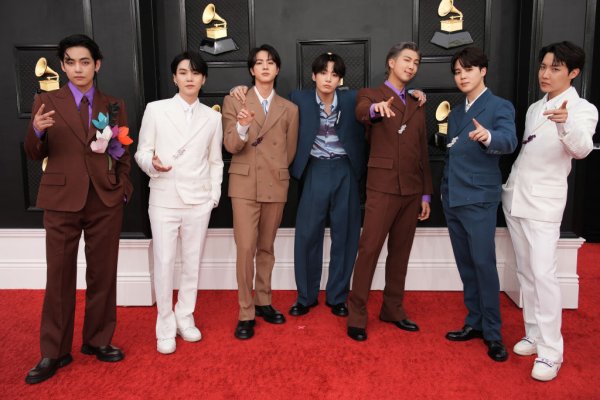 The Best Fashion Moments From the 2022 Grammys
Next Up: Editor's Pick