6 Ways The Witcher's Second Season Improves Upon the First

I’ll be honest—I cackled my way through the first season of Netflix’s The Witcher. While it certainly had its serious moments, mostly I remember it, fondly, for its wild sword fights and muddy faux-medieval towns, its ridiculous bard groupies, gleefully gratuitous nudity and wacky magic that turned people into eels and hedgehogs, while Henry Cavill, as the eponymous Witcher, Geralt of Rivia, trudged grimly through it all with the most hilariously put-upon expression I’ve ever seen on a person. Geralt was 1,000% Done With These People, the entire season—and who could blame him? It was fun and a bit silly, but lacked much substance beyond that.

I entirely expected Season 2 to be more of the same. It’s not. It’s better, at least based on the first four episodes. Here are a few reasons why.

Read more: The Witcher Borrows Heavily From European Folklore. Here Are the Myths That Inspired the Netflix Show’s Monsters

The new season has a gravity and heft—and sense—to it that the previous season lacked. The first season was a hectic, scattershot, often bewildering collision course of two (or arguably three) timelines, further muddied by two functionally immortal lead characters (Geralt and Anya Chalotra’s Yennefer of Vengerberg) whose lack of aging made it hard for the audience to grasp where we were in the timeline. Both the plot and the mood of the show jumped around erratically as a result. For all its entertainment value, it gave me narrative whiplash now and then.

The madness resolves itself at the very last shot of the Season 1 finale, when Geralt and his destined Child of Surprise Princess Cirilla (Freya Allan) more or less literally run into each other and their separate time-and-plotlines finally meet up. Season 2 picks up precisely where Season 1 left off, but the change in tone becomes apparent almost immediately. The frantic pace eases up and the show seems to settle down, as if the creators have figured out where they’re going with the story and the characters, and how to get there without resorting to strange time-jumping shenanigans. It’s refreshing.

The new season is also taking distinct advantage of the fact that its audience now has a grounding in this world—the characters, the setting, the basic rules, the stakes in play—and can get on with broadening and deepening those characters and their stories. This is what all second seasons should do, of course, but it’s remarkable how many choose to try and regurgitate the first season instead, trying to sustain their success by hewing to the original formula as closely as possible. The Witcher’s showrunners didn’t fall into that trap, and the show is much improved as a result.

The humor is still there, but it’s more restrained

Lest you think I am implying that the show is no longer funny, rest assured: it’s still funny. The first episode, for example, features a character whose magic manifests the items he calls for (including food and drink) by dropping them unceremoniously from the ceiling, and it is a riot. But the humorous interludes in the new season seem to be more smoothly integrated into the show than they were previously. The writing is just smoother in general, whatever the mood of any particular scene.

Read more: These Are the Best Fantasy TV Show Adaptations to Watch Now

Don’t get me wrong, I adored Geralt’s hyper-stoic “a grunt is worth a thousand lines of dialogue” character, and I know I wasn’t the only one. Even Netflix itself got in on the memes devoted to Geralt’s hilarious lack of verbosity in the first season, but that’s a gag that would have gotten old eventually, and fortunately the writers realized this. Season 2 Geralt is certainly no chatterbox, but he has a lot more to say than he did before, and this correspondingly gives us much more insight into his character.

Part of this has to do with why he’s obliged to be more expressive, which that he is now, suddenly, a father, or the magical destiny Law of Surprise equivalent of one, and Geralt’s sense of duty and honor means he can’t allow himself to be bad at parenting any more than he can allow himself to be bad at monster-killing. Good parenting means good communication, and Geralt clearly takes that seriously, no matter how uncomfortable it might make him.

Also, Cavill’s Geralt voice is very, very deep. And growly. I’m just… putting that out there.

The actors are improving right along with the story

Just as the writing seems to have found its stride, so too has the acting. Cavill was always fantastic as Geralt, but the deeper range of emotion (and dialogue!) he’s afforded in the new season showcases his acting ability to great effect. I don’t love everything about the mainstreaming of science fiction and fantasy these days, but I definitely do love that it allows the casting of A-list talent to portray it, and his presence in this series is a prime example.

Freya Allan’s Ciri is inscrutable and vulnerable by turns, expertly walking the line of a character who is fey and potentially monstrous in power, but also a young girl facing down a frightening and hostile world with sheer mulish determination. Meanwhile, Anya Chalotra’s Yennefer continues to grow away from the one-note cipher she had occasionally threatened to be in Season 1, into a complex person who is questioning who and what she is and her place in the world.

To mention other memorable performances would require too many spoilers, but there are some treats in store ahead for Season 1 fans who are dying to know how certain people and events fell out afterward.

The show is exploring deeper themes

A still from Season 2 of 'The Witcher'
Jay Maidment

Most delightfully to my critic’s heart, the show is also interrogating its own premises, and questioning them in a way that’s maybe startlingly profound for a series about monsters. Which is, in fact, one of the themes it examines: What does it mean to be a monster? What aspects make one qualify for the term? Is a creature, a predator that kills to feed itself by nature, more monstrous than humans who do unspeakable things to each other just because they can? Is it just having the power to hurt others that makes one a monster? Is Ciri a monster? Is Geralt? Is Yennefer?

This is a quandary addressed in the very first episode, and it is far from the only one as the season continues. The Witcher, like many modern fantasy/science fiction works, is a fairy tale for the 21st century: ugly and beautiful, crude and delicate, full of irony and cynicism but also wonder, and the perhaps foolish but nevertheless unkillable belief that somewhere, there are always heroes. Even if they constantly need baths, and maybe fewer friends who turn into murderous trees. (You’ll see.)

Looking ahead to what comes next

Season 1 of The Witcher was good. Season 2 (so far) is better, and working its way toward potentially great. When it comes down to it, there is really only one thing any story needs to accomplish, and The Witcher has accomplished it. The show has achieved that most coveted audience state of mind, from me at least: I want to know what happens to these characters next. And that’s the best any storyteller anywhere can hope for.

Leigh Butler is a writer, blogger and critic who examines the impact of sociocultural issues on popular science fiction and fantasy works (and vice versa). She has been a regular columnist for Tor.com since 2009, with three series (so far) to her name: The Wheel of Time Reread, A Read of Ice and Fire, and the Movie Rewatch of Great Nostalgia. She lives in New Orleans. 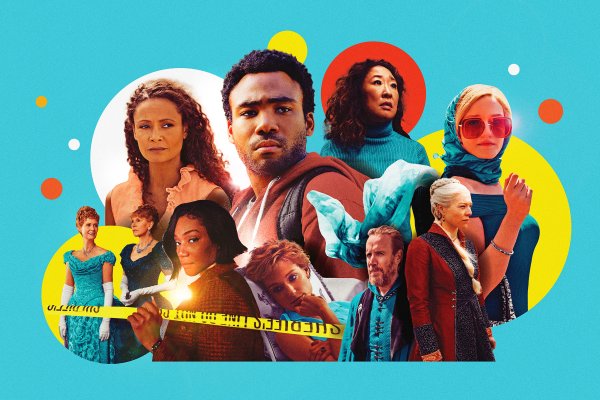