The Witcher Borrows Heavily From European Folklore. Here Are the Myths That Inspired the Netflix Show's Monsters

Warning: This post contains spoilers for the Netflix series The Witcher.

As The Witcher rides onto TV sets Dec. 20, fans and Netflix alike are hoping that the fantasy show about a monster bounty hunter fills the giant hole the end of Game of Thrones left earlier this year. Though it might not live up to those expectations, The Witcher offers one thing that Game of Thrones didn’t: a direct link to fascinating folklore.

Polish author Andrzej Sapkowski first started writing stories about Geralt of Rivia, the eponymous Witcher, in the mid-1980s. And though the story takes place in a fantasy world, Sapkowksi tied it implicitly to human culture by drawing inspiration from European mythology for the monsters Geralt faces.

The monsters in the series, which stars Henry Cavill as the gruff and stoic Witcher, come straight from European folklore. Delving into those stories sheds a light on the history of what has brought fear into human hearts for ages.

Here is the history behind some of The Witcher’s scariest monsters.

When we first meet Cavill’s Geralt in episode 1, he’s emerging from a blackened swamp, in the middle of a terrifying battle with a multi-limbed kikimora.

Kikimoras are a mainstay of Slavic mythology, though the one shown in The Witcher may not exactly line up with the traditional depiction.

Throughout Eastern Europe, according to A Study of Household Spirits of Eastern Europe by Ronesa Aveela, kikimoras are believed to be female spirits that haunt houses. They can appear either young or old, but usually as deformed humans, thin and scraggly. Though they can be useful, they are largely troublemakers and occasionally dangerous.

“Do you hear creaking, scratching sounds coming from the walls and floors, or the clatter of pots at night?” Aveela writes. “All these may be signs a Kikimora lives in your house. This female spirit causes havoc from dusk until dawn.”

She posits that the origin of the name, as well as the myth, may stem from an old Finnish word, “kikke mörkö,” which roughly translates to “scarecrow.”

In The Witcher TV show, the kikimora appears as a very large, spider-like monster who tries to drown Geralt and bite his head off with a large maw full of sharp teeth. Not quite the type of monster that would be clattering pots in Slavic homes.

Still, the show’s depiction does match up with the some rarer aspects of the kikimora legends. Aveela writes that kikimoras have been associated with Baba Yaga witches who often appear in Russian fairy tales. They are contorted, long-limbed women who live in the deepest parts of the forest. Kikimoras also traditionally have bird feet, like the claws shown in The Witcher. And finally, many sources, including Aveela, say that a variation of kikimoras live in swamps and are married to Leshys, a Slavic woodland spirit.

In the third episode of the new series, Geralt faces a mostrous being called a striga. In the show, the striga is a beast formed when an unborn child stayed alive after its mother dies, gradually growing larger and more demonic. It leaves its mother’s crypt every night, wrecks havoc and then must return before morning.

Though the name “striga” has its place in Eastern European mythology, the show’s idea of the monster seems to be an amalgamation of several different types of folklore fiends. The strzyga, the shtriga and the strigoi are different regional variations of a vampiric demon spirit. The strzyga is the most prominent one in Polish folklore. According to the Polish Folk Tale Dictionary, the stzryga “is a phantom, although there are messages confirming that sometimes the wraith and the striga were distinguished as two separate demonic beings.”

The stzyga, by whatever spelling you prefer, has long been thought to be one of the main inspirations for Dracula and the modern crop of vampires, including the methods by which the Polish Folk Tale Dictionary calls for them to be bested.

“The decapitation or laying of the corpse on the abdomen was meant that the striga would not be able to get out of the grave, just like the blindfolding of material…“ it posits. “Immobilization of the wraith was done by piercing the corpse with a pin or a harrow’s tooth…as well as hitting the back with a shovel.”

The show’s depiction of a striga is also close to the Polish myth of a poroneic or a Scandanavian myling. Poroneics and mylings are believed to be what happens when a baby dies before it is baptized in the Christian faith. They become demons and haunt the homes and the lives they were meant to have. A poroneic was also central to a main story quest in The Witcher III: The Wild Hunt, the most recent video game based on Sapkowski’s series.

In the third episode, Geralt of Rivia also meets a Sylvan, a being that appears to be half human and half goat. Myths around goat-human hybrids go back thousands of years.

Long before Satan was depicted with goat legs, perhaps the best known hybrid figure was the Greek god Pan, who was worshipped from as early as the 5th century B.C.E. Pan was often surrounded by other half-human, half-goat figures known as fauns, and later, as satyrs. They were roundly believed to be a carnal, raucous bunch, hell-bent on drinking wine and fornicating.

In the Middle Ages, another half-goat, half-human creature named Baphomet would allegedly be worshipped by the Knights Templar, and would go on to blend together with the modern conception of the devil.

The Witcher’s depiction of a goat/human hybrid, as a natural being that watches over farmland or pastures, is much closer to the classical one than to Sapkowski’s.

In the fifth episode of The Witcher, assassination schemes incorporate a fearsome entity called a doppler, which can take the shape and memories of anyone it chooses. Though the name is a bit different, the inspiration for this entity is surely based on myths of the doppelgänger.

For thousands of years, belief systems have incorporated the possibility of people having sometimes nefarious doubles. Merriam Webster defines a doppelgänger as “a ghostly counterpart.” Egyptian mythology called the soul ka and explained it as something of a spirit double that had the same experiences as the body to which it was connected. Finnish folklore tells of an etiäinen, which is a person’s double that serves as a guardian, doing things before a person does to protect against injury. And Irish folklore describes a fetch, which is a spectral double that serves as an ill omen, usually seen before a person’s death.

The Witcher show employs its doppler in the tradition of the fetch, an assassin responsible for the death of everyone it looks like.

The trials of the fifth episode center around the whims of a djinn, which Geralt tries to capture in hopes of getting some sleep. A djinn might be the most familiar spirit on this list, as it is the basis for the Middle Eastern myth of a genie.

Djinn, or jinn as they are classically known, predates Islam. In fact, the Koran mentions jinns over 30 times. They are typically low-level spirits who are neither good nor evil, and who can inhabit a wide range of forms, including animals. As with many other types of folklore, jinns overlapped with early Judaism, Christianity and various regional religions.

The genies, as it is more popularly known in modern Western culture, is the Anglicized version of the word “jinn.” The idea that they can grant wishes, which The Witcher latches onto, might stem from the fact that beliefs in Middle Eastern magic also revolved around employing jinns to perform tasks or to fulfill specific contracts.

The Witcher tells a story very much not of this world. But it does so by employing ideas firmly rooted in millennia of human belief. 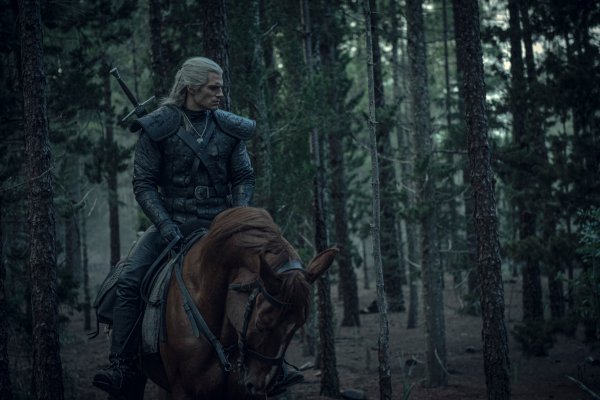 Netflix’s The Witcher Is the Latest Disaster in a Year of Terrible Post-Game of Thrones Fantasy TV
Next Up: Editor's Pick