Courtesy Vanessa Hua
Ideas
By Vanessa Hua
Hua is the author of the novel A River of Stars, the short-story collection Deceit and Other Possibilities and the forthcoming novel Forbidden City.

My son’s unruly mane is as old as the pandemic.

Cascading to the middle of his back, each dark brown wave marks the seasons that have passed since COVID-19 took hold of the world. His tangles mirror the turmoil all around, and no longer matches the neat trim on his twin brother.

He refused to get it cut—initially out of safety concerns about visiting a barber, and later, because he wanted to wait until he was fully vaccinated. In a period in which time warped and so much remained uncertain, it gave him something to look forward to, a goal in which he could track his progress.

Now 10 years old, he never bothers to tie back his locks or tame them with a headband like those Samson-haired soccer players.

In solidarity, I grew out my hair too, witchy tresses streaked in silver, so voluminous that my swim cap recently burst open.

Read More: To Get Kids Vaccinated Against COVID-19, Health Officials Will Need to Reach Hesitant Parents

We’re ecstatic now that Pfizer-BioNTech’s COVID-19 vaccine has received emergency use authorization for the 28 million children ages 5 to 11 in the United States. As soon as they are able, my boys will roll up their sleeves. Soon after that, we’ll bid farewell to almost a foot of hair.

I’ve been thinking about the importance of commemoration, and how scarce it’s been in the age of doomscrolling, the days stressful and monotonous without the rituals to mark birth and death and so many milestones in between. We’ve yearned for traditions large and small, daily and yearly.

In my closet, a pink bridesmaid dress hangs unworn. Last year, my brother and his wife postponed their spring wedding, among the multitude of couples who had to alter their plans because the coronavirus made gathering and travel dangerous. They ended up exchanging vows outside, while most guests watched over Zoom. I wish I could have stood alongside them to celebrate their union.

Eventually, they’ll throw a wedding, but for now, they’re busy with their baby. At the start of the summer lull in cases, we drove across the state to meet their newborn in a joyous reunion.

Read More: Why You Should Vaccinate Your Kids Against COVID-19

Rituals help us find meaning, connecting past, present and future, in times of both joy and loss. Research suggests that they mitigate grief by restoring a sense of control, bringing order to a chaotic world. For more than a year and a half, we’ve made do, adapting our traditions and adopting new ones.

Usually, our family gets haircuts just before the Lunar New Year, but the pandemic halted the practice, as it has so many other customs. Getting out the tangles in my son’s hair has become our own new ritual, both practical and symbolic. Because my own hair is thick and straight, I had to research how to care for fine, wavy hair. I didn’t realize brushing it can make it frizz.

Each night, after he conditions his hair and gets into his pajamas, either my husband or I work out the snarls with a wide-toothed comb. Careful as we are, sometimes he winces when it snags. For special occasions, we blow-dry it. By comparison, his brother can just wash and go.

Yet my long-haired son has never wavered from his goal, the sort of determination he demonstrated since he was a baby, army-crawling to reach the remote control.

As parents of twins, we’ve grappled with giving them one-on-one time, a challenge made even more difficult in the months in which the world has been curtailed and shifting restrictions have kept us close to home. Combing is his solo time, while his brother gets his during a bedtime read-aloud.

Read More: I Miss My Black Barbershop. But It’s Not Just a Good Haircut I’m Longing For

After my shaggy son lops off his waves, I hope he’ll feel light and new. He plans to save his ponytail as a memento, a record of what we lived through.

I’ll undergo a ceremonial snip at the ends but keep the length. I’ve adopted a new signature look: two long braids that happen to match the young woman on the cover of my forthcoming novel. The synchronicity pleases me. In time, though, I’ll donate mine to an organization that makes wigs for people who’ve lost their hair.

Unlike Samson, the unshorn hair on me and my son is a reminder of our strength, but not the source of it. 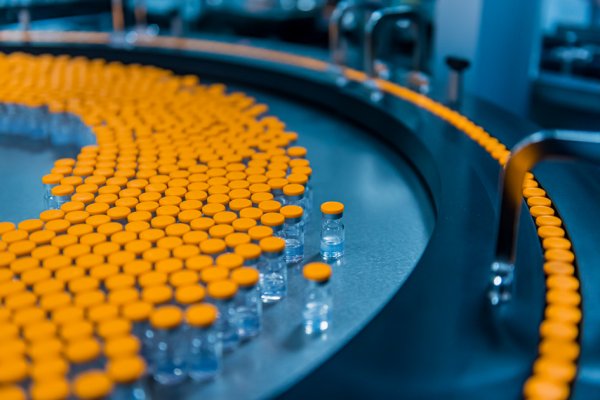