Social Distancing, Doomscroll and Defund: The Words That Defined 2020

In a year that has defied all convention, lives across the world have adjusted to a new normal (that often feels anything but normal) to meet the demands of the COVID-19 pandemic. Daily routines have shifted, priorities have been recalibrated—and the ways that we communicate have changed drastically.

Social distancing and superspreader, for example, are words that were probably rarely used in recent years, but have become commonplace in 2020. Paul J.J. Payack, founder of the Global Language Monitor, found that the term social distancing was used 400% more in 2020 than in 2019, with similar upticks also seen across the board for many COVID-19 related terms.

“The numbers for COVID-related words like social distancing are the largest we’ve ever seen,” Payack tells TIME. “Social distancing was the 25th top English word used [globally] this year—it’s scary how prevalent it is.”

But while the pandemic is responsible for many new linguistic patterns this year, it’s wasn’t the only force for change. A national reckoning with race and racial justice has also contributed significantly to 2020’s lexicon—BIPOC, Karen, and defund (as in “defund the police”) are all words that have emerged as part of our discourse. In fact, this movement and the pandemic have had such outsize influences on language that even Oxford Languages, the maker of the Oxford English Dictionary, opted out of selecting their annual single Word of the Year, choosing instead, to highlight multiple terms like “systemic racism,” “lockdown,” and “self-quarantine” to communicate the times we’re living in.

Here, TIME rounds up some of the words that best embody 2020:

Antiracist, adjective: Relating to people or actions working against systemic racism and the historical oppression of marginalized groups.

BIPOC, initialism: A term for Black, Indigenous and other people of color intended to highlight, in particular, the identities and experiences of Black and Native American communities in the U.S.

Blursday, noun: The fuzzy merging of time since the pandemic shut down so much of the world down, often making it difficult to determine what day of the week it is.

Bubble, noun: Also known as a pod; a small group of individuals who follow the same rules and standards for behavior—and can thus spend time together—during the pandemic, popularized by the isolation zone the NBA created at Disney World to protect basketball players.

Covidiot, noun: A pejorative term for someone who ignores health and safety guidelines intended to prevent the spread of COVID-19.

Defund, verb: To withdraw financial support, as in calls to defund the police, a movement promoting a public-safety model that shifts resources from law enforcement to community-led social programs and initiatives.

Doomscroll, verb: To addictively thumb through the deluge of bad news shared on social media in 2020, often undertaken at bedtime.

Entanglement, noun: A reference to an extramarital affair, popularized when Jada Pinkett Smith discussed an instance of marital infidelity on an episode of her Red Table Talk show with her husband Will Smith.

Karen, noun: A colloquial term for a white woman weaponizing her privilege, often at the expense or well-being of a BIPOC individual. When used as a meme, it’s often paired with images of a short, angled and heavily highlighted hairstyle that’s been dubbed the “Can I speak to the manager” haircut.

On mute, idiom: Used when a fellow video-call participant is speaking without their microphone on, as in “you’re on mute,” a refrain popularized this year on Zoom calls across the world.

Quarantini, noun: The day or nighttime cocktail many have used to unwind, amid remote work and COVID-19 lockdowns.

Simp, noun, verb (simping): A colloquial term popularized on TikTok, for a man who is overly accommodating or devoted to someone (usually a woman); or a very devoted fan.

Social distancing, noun: A set of measures implemented to prevent the spread of a contagious disease, the usage of which increased by 400% this year, as authorities encouraged people to keep a safe space from people who are not in their household or “bubble” during the COVID-19 pandemic.

Superspreader, noun, adjective: A person or event responsible for transmitting an infectious disease to a large number of people.

Zoombombing, noun, verb: the unplanned and unwanted intrusion of someone, usually an Internet troll, into a video conference that they were not invited to. 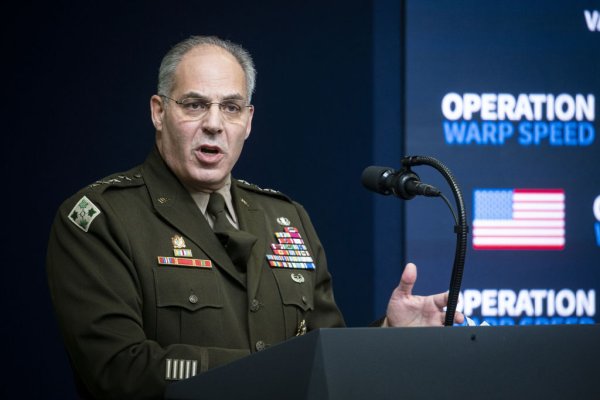 COVID-19 Vaccine Distribution Begins in the U.S.
Next Up: Editor's Pick