This article discusses major plot points, including the ending, of You season 3.

Joe Goldberg may be the terrifying protagonist of You, but You is not really a show about Joe Goldberg. It’s a show about the absurdity of contemporary social life—a bloody, pulpy, twisty, devastatingly funny satire of the overconfident and insufficiently introspective. Penn Badgley’s Joe is merely the scourge of this world, a murderous romantic who’s blind to the obvious flaws of the women he obsesses over, not to mention his own evident psychosis, but can see through the pathetic posturing of just about everyone else. In some senses, You is what you might get if Curb Your Enthusiasm’s “social assassin” Larry David were a literal assassin, violently vanquishing braggarts and navel gazers and empty-headed trend chasers of every variety.

This is why You, whose spectacular third season is now streaming on Netflix, with a fourth already greenlighted, has had such surprising longevity. In its initial run on Lifetime, the show established a fact that seemed to eliminate any future potential for suspense: Joe would do anything to lock down his dream girl… and that included killing his dream girl. What was left to learn about this vile, deluded, pseudo-intellectual, faux-feminist wack job? Wouldn’t another season of watching him play cat-and-mouse with some poor woman feel like pure sadism?

But instead of repeating themselves after You became a Netflix smash, showrunner Sera Gamble and her team, continuing to take inspiration from Caroline Kepnes’ book series, made an ingenious pivot—to Los Angeles. Even as it satirized the “nice guy” outsider archetype that Badgley once embodied on Gossip Girl, season 1 had just as brutally sent up social media, app-based dating and the young, quasi-literary strivers of New York, Instagramming their way through expensive MFA programs while dreaming of seven-figure book deals. Season 2 brought his, er, unique psychology to bear on a SoCal landscape pocked with obnoxious high-end health-food stores, failson party boys and false wellness messiahs. If Joe had become an utterly knowable constant, then the variable would be the social world into which You dropped him.

Season 3 takes the show on its funniest, meanest and most wickedly addictive ride to date, sending Joe (an avowed nonconformist and hater of the bourgeoisie) to the posh California bedroom community of Madre Linda. Or, as he describes it, “white-picket purgatory.” Last season’s bloodbath has subsided, for now, leaving Joe with a wife (Victoria Pedretti’s Love Quinn) who turned out to be just as unhinged as he is; a beloved baby son, Henry; and a full cast of new neighbors to loathe from the bottom of his twisted, hypocritical soul. Well, except for the ones he falls for, after discovering that Love isn’t the pure young widow she seemed to be.

The wealthy suburbs are a gift to You’s creative team. A doppelganger to Big Little Lies, Little Fires Everywhere and other domestic thrillers from the Reese Witherspoon oeuvre and beyond, the season plays out amid sprawling homes with perfectly landscaped lawns and massive swimming pools in the backyard. With the backing of her super-rich family, Love sets up a cute bakery in Madre Linda’s quaint downtown. Of course, it quickly becomes the site of her first kill—gorgeous next-door neighbor Natalie (Michaela McManus), with whom Joe very nearly betrays her. The shop has a basement, with space for yet another conspicuously room-sized cage, and although the Quinn-Goldbergs are trying to be normal for the sake of little Henry, it inevitably ends up getting at least as much use as it did in seasons past.

Suburban satire and its criticism of conformity are about as old as the suburbs themselves, but rather than repeating The Stepford Wives or Pleasantville—or even the tongue-in-cheek mom dramedies of the aughts, like Desperate Housewives and Weeds—Madre Linda reflects our internet-addled, politically and economically polarized present. As Natalie’s grieving widower, Scott Speedman goes full surveillance-capitalism on the town’s residents, complete with a digital “crazy wall.” Housewives hooked on true crime live to gossip about Natalie, while Joe’s boss at the local library turned love interest Marienne (Tati Gabrielle from Chilling Adventures of Sabrina) educates him on “Missing White Woman Syndrome.” (Yes, she’s Marienne the librarian.) Joe and Love exact revenge on the anti-vaxxer dad who exposes Henry to the measles, then claims they should thank him for bolstering the boy’s “natural immunity.”

The soul of this community is local queen bee Sherry Conrad (Search Party alum Shalita Grant, the season’s MVP), an officious, controlling momfluencer with a knack for stealing the spotlight. Her muscle-bound husband Cary (a well-cast Travis Van Winkle), a life-optimization type who fasts and CrossFits and leads male-bonding hunting trips where participants can only eat what they kill, serves as the alpha to a pack of grown-up tech geeks. Also, in a nod to The Ice Storm and other touchstones of ’70s suburbia, they’re swingers. But couples who want to “play” need to sign an NDA. “For the public, the brand is committed monogamy,” Cary explains, hilariously, lamenting how the plebes don’t realize that “a bisexual man is a truly optimized man.”

Caricatures like this have certainly been done before. But what makes You so fun and so different is the fact that it’s always playing with the tropes of popular entertainment at least as much as sending up the real social worlds it both mirrors and influences. Its makers haven’t just watched Desperate Housewives; they’re also banking on the likelihood that we’ve seen it, too, or are at least familiar enough with it to get what they’re doing when they cast Marcia Cross in a recurring role. The show never loses sight of the expectations viewers bring into story lines like the one in which the sullen dropout next door (Nashville alum Dylan Arnold) develops an all-consuming crush on Love: Christian Slater from Heathers meets Mrs. Robinson.

Part of the pleasure in bingeing You (as Lifetime discovered, that’s really the only way to watch it) is spotting the archetypes and clichés and phonies, and laughing along as they get skewered. Cheating husbands! Submissive wives! Disaffected youth! Women running themselves ragged to “have it all”! Men who live in multimillion-dollar houses and type on computers all day but spend their weekends running around the woods with crossbows! And, of course, season 3’s overarching trope: mommy issues. For a certain kind of viewer, myself very much included, there’s nothing more enjoyable than this deranged, Big-Little-Lies-on-steroids maximalism.

Yet at its best—that is, much of the time when it isn’t needlessly flashing back to Joe’s generically awful childhood—the show does more than simply flatter its pop-culture-savvy audience. It challenges us, too. People like the Conrads tend to be the villains of suburban satire. As they try to talk their way out of the Quinn-Goldbergs’ cage, however, it becomes clear that they do possess self-awareness—a redeeming quality that remains utterly elusive for Joe and Love. “Madre Linda is a nest of narcissistic vipers,” Love points out to Sherry, as though that’s some big revelation. “I mean, yeah, of course,” Sherry scoffs from inside her makeshift prison cell. “Because narcissism is control. Do you know how terrifying it is to not feel like you’re in control? Especially with a kid. And who isn’t trying to control us, Love? I mean, we’re two women who are smarter than everyone else, and people can’t stand that. My influencer bullsh-t means I get to choose my flaws, what gets criticized… It’s how I protect myself and my family.”

No one gets out of a season of You entirely unscathed, and that includes an audience that, just like Joe and Love, hastily underestimates characters based on stereotypes we’ve absorbed from fiction. In the end, as Joe decamps to Paris, hopefully to roast expat culture, it’s Love who dies and the Conrads who live to write a book about their ordeal, followed by the inevitable tag-team TEDx Talk. The season’s final, deliciously cruel surprise? I was happy for them. 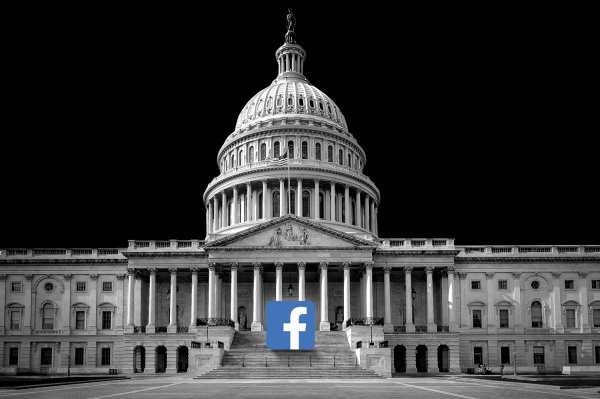 Why Regulating Facebook’s Algorithm Could Be Unconstitutional
Next Up: Editor's Pick