In its second season, Netflix’s psychological thriller You finds Penn Badgley’s Joe Goldberg, the series’ suave yet terrifying stalker protagonist, in Los Angeles, on the run after parts of his past he thought were buried reemerge to threaten his future.

More specifically: Joe’s ex-girlfriend Candace, a woman he (and the audience) assumed was dead, pops back up in his life to teach him a lesson, prompting Joe to flee. Candace (Ambyr Childers) is not the only casualty of Joe’s obsessive, warped and incredibly dangerous approach to romance—by the end of You‘s first season, he had killed another girlfriend, along with several people who Joe felt stood in the way of that relationship. Managing to evade law enforcement and others who could bring him down, Joe heads out west for a fresh start, hoping to discard his past. He even tries on a new name: Will.

Badgley, who spoke with TIME ahead of You’s second season premiere on Netflix on Dec. 26, says the new episodes should make people question why they’re watching the show, knowing that Joe is not a good person, no matter what he claims as the series’ unreliable narrator. “Do I expect him to be good in the end?” Badgley asks. “Why do I expect that?”

Much has been said about Badgley as a choice to play Joe—he is objectively very handsome, with an angular face that signifies his capacity to draw in potential lovers with ease—the same ease, as we see in the first season, it takes for him to kidnap and commit murder. Badgley has been outspoken in trying to make sure that Joe is understood as a bad guy, and to distance himself from his character, in efforts that have invited some backlash. After he called out fans of the show who swooned over Joe in You’s first season, some viewers criticized him for misinterpreting their comments as being about the character, rather than about the charm Badgley himself brings to the role. As he prepares for season 2 to drop, Badgley says that while he did not mean to police anyone’s behavior online, he’s willing to jump back into the conversation to clarify, once again, that Joe is, indeed, very bad.

“If everybody just ate it up and thought, ‘this is f-cked up, but it’s fun,’ that would be problematic. Some do that,” he says. “At the same time, people are thinking differently about it and hopefully it gives us a reason to further deconstruct toxic ideas we have about masculinity, gender identity and relationships.”

Season 2 of You, originally a Lifetime series that later streamed on Netflix, quickly reveals that Joe might have found a new city, but he is not capable of real change because he has no ability to deal with or accept the breadth of his wrongdoing. For Joe, breaking out of his pattern of pathological lying and hiding would mean coming to terms with the fact that he’s committed multiple murders and terrorized several people. Though he adopts a new name and promises to transform his life, Joe still has to confront his past, and especially Candace. Seeing her makes him short-circuit, according to Badgley, rather than feel guilty.

“It’s like he’s staring at his blindness personified,” Badgley says of Joe and Candace’s reunion. “He does next to nothing. But doing nothing while everything is on fire actually looks crazy. You know that “this is fine” meme? That was my inspiration.”

Where the first season of You shocked viewers with Joe’s evil nature, hidden just beneath the surface of his disarming charm, the second season stretches that depravity further. He’s got a new love interest—aptly named Love—on whom he keeps tabs too closely. He’s also found a creepy storage locker to use as a prison for his victims, now that he no longer has the bookstore basement, all while he continues to keep Candace at bay. And a cast of all new characters, each with dark histories of their own, shows that while Joe is hiding behind the most damning lies, he’s hardly the only one wearing a mask in his new circle of friends in Los Angeles.

A big part of the appeal of You is in the way the show portrays its darkest moments—violent flashbacks from Joe’s past, terrifying one-on-one confrontations with vulnerable female characters—amid the current cultural backdrop, in which people continue to attend parties and brunches even as society feels like it’s falling apart. The show satirizes social media interactions, modern friendships and romance and the notion of the “nice” guy, using Joe as a voice of criticism of everything he considers shallow in the current era. With its second season, You gets sharper, from mocking L.A.-specific tropes (wellness weekends, aspiring filmmakers and references to things like moon juice abound) to a ripped-from-the-headlines subplot about a beloved comedian who drugs and assaults young women. Dark secrets follow the rest of the characters, too. Love, Joe’s new crush played by Victoria Pedretti, and her twin brother Forty (James Scully), are hiding parts of their own past, as are a pair of suspicious neighbors Joe befriends.

The various levels of self-delusion following every character on You speaks to the “profoundly systemic” nature of our problems, Badgley says. As the show tackles revelations from the #MeToo movement and highlights Joe’s hypocrisy, Badgley says it has become almost a time capsule of the latter part of this decade.

“It’s obviously responding to what’s happening in real life, in a way that is both heartfelt and cynical at the same time,” he says. The show feeds into a larger conversation about power and privilege, and how people use both to mistreat others, he adds. “We are still tap dancing around the tip of the iceberg when it comes to the degree of social transformation that is needed to live sustainably and happily on this earth.” 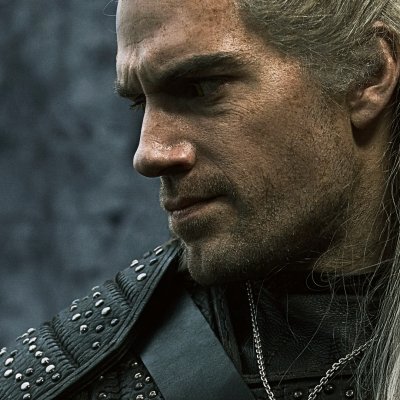 Here's How 'The Witcher' Was Inspired by Folklore
Next Up: Editor's Pick