The future of prestige TV may be unwritten, but if the present is any indication, it will involve a lot of high-profile, female-fronted book adaptations from Reese Witherspoon’s media company Hello Sunshine. HBO’s Big Little Lies set the template, casting Witherspoon, Nicole Kidman, Shailene Woodley, Lauren Dern and Zoë Kravitz as Monterey moms (plus Meryl Streep as a terrifying mother-in-law in Season 2) in a hit drama based on Liane Moriarty’s novel. With Brian Stelter’s nonfiction best-seller Top of the Morning as source material, 2019’s The Morning Show stars Witherspoon and Jennifer Aniston as co-anchors—and debuted as the marquee offering from Apple TV+. Also on Hello Sunshine’s docket is an adaptation of Taylor Jenkins Reid’s rock ’n’ roll page-turner Daisy Jones & The Six, with Riley Keough in the title role, for Amazon Prime Video.

But first, Hulu gets a turn. Premiering with three episodes on March 18 (each of the five remaining installments will appear on subsequent Wednesdays), Little Fires Everywhere brings Celeste Ng’s celebrated 2017 novel to the small screen. Like its predecessors, the miniseries both stars Witherspoon and counts her among its executive producers. And taken together with the disappointing Morning Show, it reveals some of the limitations of her star-studded approach.

Set in 1997 in Ng’s hometown of Shaker Heights, Ohio—a wealthy Cleveland suburb where, she writes, “the underlying philosophy [was] that everything could—and should—be planned out, and that by doing so you could avoid the unseemly, the unpleasant and the disastrous”—the story coalesces around two polar-opposite families. The Richardsons are white and upper-middle-class, with an enormous house, four kids in high school and deep roots in Shaker, where Witherspoon’s Elena, the matriarch, grew up. Their new tenants in a smaller home that Elena inherited from her parents and rents out at below market rate to deserving paupers are single, black mom Mia Warren (Kerry Washington, also an executive producer) and her 15-year-old daughter, Pearl (Lexi Underwood of Family Reunion). While Elena, a longtime reporter for the local paper, and her lawyer husband, Bill (Joshua Jackson), embody the town’s ethos of organization and predictability, Mia travels the country making art and working menial jobs.

The connection between the families deepens but complexifies as their children become friends. Quiet sophomore Moody Richardson (Gavin Lewis), Pearl’s classmate, develops a crush on her and starts bringing her home to hang out after school. That’s where she meets his jock older brother Trip (Jordan Elsass) and the Richardsons’ popular, high-achieving eldest child Lexie, quickly becoming infatuated by him and awestruck by her. And it’s where Pearl gets her first taste of comfortable suburban life, whose quotidian routines she clearly craves. After learning Mia is working at a Chinese joint, Elena hires her as a part-time “house manager,” to cook and clean. Meanwhile, youngest Richardson Izzy (Megan Stott), the gothy, bullied black sheep of the family, finds a kindred spirit in Mia. Both the show’s title—which is spoken early in the premiere—and a cold open that flashes forward to a fire at the Richardsons’ house suggest that it’s these combustible relationships that eventually ignite.

The show follows the broad outline of the novel, at a brisk but not hectic pace that makes it easy to keep watching. Yet it feels unshakably different. As a book, Little Fires Everywhere isn’t hard to read or even interpret, but Ng (a producer of the miniseries) submerges its themes—of mothers and daughters, of safety vs. risk, of race, class and sexuality—in the story to an extent that the novel never reads like a polemic. Where her third-person narration drifts above the action, the Hulu version heightens the melancholic tone to melodramatic proportions, twisting storylines like one involving Lexie’s college essay until their racial overtones become glaring. Ng practices restraint in exploring what makes Izzy and Mia different, while the show can be ham-handed. A thread focused on Mia’s restaurant co-worker Bebe Chow (Huang Lu) rapidly escalates to hysterics, in a disservice to an immigrant character who only gets the spotlight when she’s screaming and crying. Elena gains a backstory that just reiterates the obvious: she’s selfish and unhappy.

The miniseries maintains a distracting focus on the characters played by its producer-stars in a way that undercuts the sense you get, reading Ng’s book, which divides its attention more equally among a dozen characters, that sleepy, self-satisfied Shaker Heights is the story’s true protagonist. These performances aren’t exactly incompetent, but they do feel a bit automated. Witherspoon’s Elena is almost indistinguishable from her officious, perfectionist Big Little Lies character. As Mia, the story’s most fascinating personality, Washington—whose grit made Scandal worth watching long after it got silly—has just two modes: angry and devastated, each denoted by a different pained grimace. You never forget you’re watching celebrities act. The teenage cast members, particularly Underwood and Stott, struck me as far more authentic. An episode that flashes back to Mia’s and Elena’s lives in the early ’80s, replacing the stars with younger, less famous faces, is similarly refreshing.

A book adaptation that strays from its source isn’t necessarily a bad thing, as fans of Friday Night Lights, Orange Is the New Black and most of Stanley Kubrick’s filmography are well aware. Like The Morning Show—and even the gratuitous second season of Big Little Lies—what’s frustrating about Little Fires Everywhere is that the discrepancy between the novel and the miniseries implies that A-list actors are all the show has to offer, when what should really shine is Ng’s wise, haunting story. 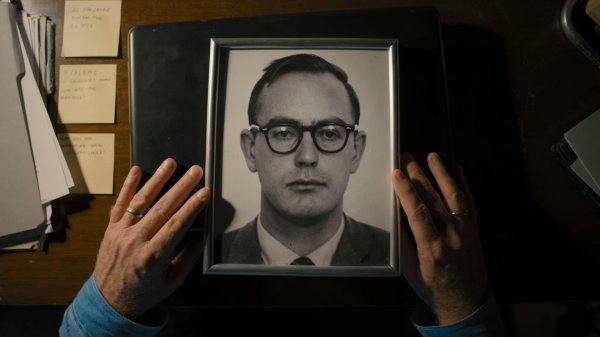 This Man Thinks His Father Was the Zodiac Killer
Next Up: Editor's Pick