Warning: The post has spoilers for Big Little Lies.

Big Little Lies season 2 has come to a very dramatic end as the Monterey 5 walked in solidarity to the police department to come clean, but fans still want more of this show.

There are plenty of must-see shows about extremely watchable mothers, but few in recent memory have been consumed as eagerly as HBO’s acclaimed murder mystery miniseries Big Little Lies.

The California sunset-saturated masterpiece, an adaptation of Liane Moriarty’s bestselling novel of the same name that premiered in 2017, elevated dialogue about domestic abuse this year again and gave viewers the delight of watching Laura Dern screaming and Reese Witherspoon trying to puppeteer the social lives of Monterey’s residents. Sure, there were delicious rivalries, but it also turned out to be a powerful onscreen study of trauma.

The Golden Globes and the Emmy awards for the seven-episode first season just kept rolling in. While Season 2 hasn’t nabbed any Emmy nominations, that’s because it premiered just days after the deadline for the 2019 Emmy awards eligibility entry period.

Will the Monterey moms be back with that Big Mom Energy? Here’s everything you need to know about Big Little Lies including whether there’s any hope for a season 3.

Will there be a season 3 of Big Little Lies?

According to TVLine, HBO programming chief Casey Bloys said it probably wouldn’t happen because getting such an A-list cast together for season 2 was such a feat to begin with, and getting the gang together again for another installment isn’t very realistic. “The reality is, they are some of the busiest actresses working in Hollywood. I just think it’s not realistic.”

Tall order though it may be, following Bloys’ comments, at least Nicole Kidman kept the dream alive.

“I think we would love to do a season three because there are certainly ideas,” she said in an interview with NewsCorp Australia. “But we would not do it without all of the same people involved…even the kids.”

Despite the fact that season 2 was presented “as if this were end,” per Lies creator David E. Kelly’s interview with E News!, fans are still holding out hope.

What was the Big Little Lies season 2 premiere time?

What was the plot of Big Little Lies season 2?

Fans would have kept watching even if the ladies were just hanging out on the beach, as they do at the end of Season 1. But in Season 2, these California queens had things to do. The first season wrapped up the story from the novel on which it is based, but the story expanded beyond the book in its second season.

Season 2, which finished up production last August, went darker and deeper. According to HBO:

The show was lauded for adding layers of depth to its story of feuds and murder. But Season 2 went even deeper in exploring the beautiful, and at times fraught, sisterhood forged in the wake of all that barely repressed rage.

We never got the scene in which Madeline throws ice cream at Perry’s mother, which sounds like a treat if it’s in the DVD collection.

Bonnie had more processing to do about her role in what happened to Perry in Season 1, and Renata faced extreme marital troubles and won a fight with some trains.

One thing the series has proved is that this has not been a show about a bunch of women who simply orbit around a major player. This series allows them each to be a protagonist in their own narratives.

What role did Meryl Streep play in Big Little Lies?

Meryl Streep made her Lies debut as Mary Louise Wright, Perry’s mom, who demanded answers about how he perished in season 1. Mary and at least one detective were just not buying what the mothers were selling.

No one said there would be no drama.

Who’s in the cast for Big Little Lies season 2?

Everyone was able to get coffee with all their old friends and frenemies again.

Here’s who came back to reprise their roles from the original cast: Nicole Kidman as Celeste Wright, Reese Witherspoon as Madeline Martha Mackenzie, Shailene Woodley as Jane Chapman, Laura Dern as Renata Klein, Alexander Skarsgard as Perry (perhaps as a flashback, given that he died in the Season 1 finale) and Zoe Kravitz as Bonnie.

The core crew definitely gets along offscreen and they all appear to have a burning personal passion for the show.

Also on the newcomer front, we got Douglas Smith as Corey Brockfield, an aspiring marine biologist who became Jane’s love interest.

Jean-Marc Vallée directed every episode of Lies for season 1, but this time around he was an executive producer. Initially, the show moved on to a different director, Andrea Arnold, whose TV credits include I Love Dick and Transparent. Arnold, who also directed the movies Fish Tank and American Honey, helmed all seven episodes. But after season 2 had wrapped, an IndieWire report alleged that Vallée was tapped to take the reins during post-production in order to maintain continuity and give the series the same feel it had in the first season.

In response to that report, HBO said in a statement that it’s “extremely proud” of Arnold’s work.

“There wouldn’t be a Season 2 of Big Little Lies without Andrea Arnold,” read the statement. “We at HBO and the producers are extremely proud of her work. As with any television project, the executive producers work collaboratively on the series and we think the final product speaks for itself.”

Where did the Big Little Lies characters leave off at the end of season 1?

In the Lies finale, titled “You Get What You Need,” viewers finally find out who died and the identity of the killer. It all goes down during a furious argument at the school’s costume party fundraiser, culminating in Bonnie shoving Perry, which causes him to plummet to his death.

This episode sees the detonation of some big truth bombs that set this all in motion.

During the season finale, Jane tells Celeste that it was Max (Nicholas Crovetti) who was bullying Amabella, not Ziggy. The revelation that Max could be taking after his father, Perry, is the pivotal crack in Celeste’s firm belief that Perry would never hurt the children.

During Ed’s cringe-inducing song at the fundraiser, Madeline becomes so wracked with guilt about her affair that she runs off and tells Jane. The key players all eventually end up off to the side of the party’s action, and in a chilling moment, Perry is revealed to be Jane’s rapist, as the horror on her face registers at the sight of him.

That’s when an enraged Perry hits Celeste. Madeline and Renata try to restrain him, but he lashes out at them too. Bonnie races to the scene and shoves Perry, ultimately costing him his life as he tumbles down the concrete stairs to his death.

His death was a culmination of a narrative throughout which Monterey’s most glam moms and dads were completely in the dark about Perry’s abuse. Until that night, no one knew that he abused his wife, Celeste, and sexually assaulted Jane, resulting in the birth of her son, Ziggy.

Season 1 caps off with coordinated testimonies showing that none of the mothers give up Bonnie, who could possibly face community service for involuntary manslaughter. One hanging thread? The detective is suspicious of how similar their language is.

Perry’s death leaves his family on the road to recovery with a little help from the other moms. And help, the curtain dropper assures fans, is something that each mom will have. It appears the rivals have buried the hatchet and the season concludes with a beach hangout that sends a message of solidarity.

What happened at the Big Little Lies season 2 premiere party?

Looks were served. And if the photos of the ensemble cast’s arrival are any indication, they’re having a grand old time.

Reese Witherspoon, Nicole Kidman, Zoë Kravitz, Adam Scott, Laura Dern, Meryl Streep and Shailene Woodley were all on hand. And everyone incorporated black into their outfits. What a team.

How many episodes were there in Big Little Lies Season 2?

This story will be updated if it’s confirmed that we’ll get more deeply cathartic Renata screams, one of the show’s main draws.

So how do I watch or stream Big Little Lies now?

HBO, the home of Big Little Lies, provides a few different ways to watch Season 1 and Season 2. Cord cutters can take advantage of their free one-month trial and binge the show on their streaming site. If you’re an HBO subscriber, you can stream the show for free on HBO GO on your television at home or your mobile device. Another option: sign up for HBO Now, which offers unlimited access to every HBO show with a satellite or cable subscription.

If you’re an Amazon viewer, you can stream season one in its entirely on Amazon Channels. And if you’re an HBO subscriber it’s free. Don’t subscribe? You can absolutely still watch by forking over $3.99 per episode.

You can also buy it on iTunes for $22.99 and take the mom squad with you on the go. Alternate idea: sign up for Hulu’s streaming plan for $14.99 a month to watch Big Little Lies on multiple devices. 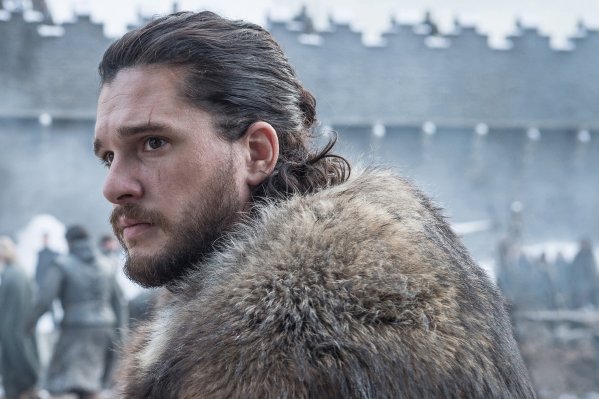 Even Obama Wasn't Important Enough to Know This Huge Game of Thrones Secret
Next Up: Editor's Pick