Fans of uncomfortably charged confrontations over social niceties: the wait is over. After a six-year hiatus, Curb Your Enthusiasm will return to HBO on Oct. 1. Creator and star Larry David, 70, spent the break starring in his play Fish in the Dark on Broadway and, during the last election cycle, appearing on Saturday Night Live as Bernie Sanders. The plot of Curb’s ninth season is closely guarded, but David’s delight in causing chaos among his Angeleno neighbors will surely remain unchanged.

Why is the plot of the new season under such lock and key?

When I go see something, I don’t want to know anything about it. So I’m just pretending I’m the audience, and I would prefer that they just come in completely fresh and not know anything. Why know the story before you start watching?

What do you think Larry the character has learned over the course of the show?

In a world that’s ruder than it was when Curb launched in 2000, do you feel as though it’s gotten harder to push boundaries?

No, everything still feels the same. To me, the world is definitely more politically correct now than it was, but I think people who like the show don’t want to see political correctness on this show.

When the show isn’t in production and you experience a slight in your life, does it feel harder to let go because you don’t have that outlet?

It is. But when things happen to me, I write them down. I’ll use them eventually, at some point. I carry around a little pad with me. I carried around a pad for years, and then when I got a cell phone, I stopped carrying the pad and started writing them on the cell phone. People thought that I was texting and I was being rude, so then I went back to the pad. You don’t want to be called a millennial. “You’re acting like a millennial.” That is not a good thing to be called.

Your daughter Cazzie David is a millennial and has her own web series, which she co-created and stars in. What has it been like watching her join the business?

It’s pretty amazing. I’ve never been that happy for another person in my life. It’s great–I’m her biggest fan. You know, she’s doing this all on her own and she lets me see the shows when she’s done. I have no input or contribution. I’m really proud of her.

Who are the stand-up comics coming up today whom you admire?

I don’t get to see too many stand-ups. I don’t watch concerts on Netflix and things like that. I don’t know too much of what’s going on in pop culture. I don’t really see a lot.

Do you think there could ever be a point when you’d be interested in walking away from the show?

I think there comes a point when people do not want to see an old man on television! I think there does come a point. So I don’t know when that point is coming, but it’s not far off.

One thing we do know about Season 9: Bryan Cranston, whom you worked with on Seinfeld, has a role.

He plays my therapist. Unfortunately for him. 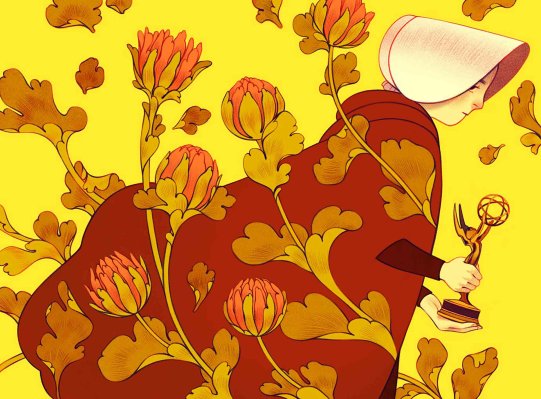 As Television Expands, the Emmys Are Becoming a Battlefield
Next Up: Editor's Pick