Chinese President Xi Jinping announced on Tuesday that China will no longer finance overseas coal projects—a move that could have far-reaching implications for the world’s ability to meet climate targets.

“China will step up support for other developing countries in developing green and low carbon energy and will not build new coal-fired power projects abroad,” Xi said in prerecorded remarks to the United Nations General Assembly.

Experts say the move could mark the beginning of the end of coal as a primary energy source for the world (it’s currently no. 2, behind oil.) The caveat, though, is that China and many other nations remain reliant on coal.

“This announcement is a strong sign of coal’s global collapse,” says Durand D’Souza, a data scientist with the climate think-tank Carbon Tracker. “China is the top financier of new coal power worldwide and the recognition that it is no longer desirable is welcome.”

Coal-fired power plants have been a major part of the Belt and Road (BRI) infrastructure beltway, a Xi initiative touted as a modern rendition of the Silk Road. China has financed hundreds of coal projects in countries from Egypt to the Philippines. Chinese state media has defended China’s past financing of coal plants overseas—especially in countries where reliable electricity is a problem.

But a shift is already underway; China did not fund any coal projects around the world in the first half of 2021, so Xi’s announcement will turn something that is already happening into a formal policy.

China is still reliant on coal

Still, China remains heavily reliant on coal power domestically—and it is the world’s largest emitter of greenhouse gases. The country generated more than 53% of the world’s total coal-fired power in 2020, according to the climate change research group Ember.

And China is planning to build 43 new coal-fired power plants and 18 new blast furnaces—equivalent to adding about 1.5% to its current annual emissions—according to a report released last month by the Helsinki-based research organization the Centre for Research on Energy and Clean Air (CREA) and the U.S. group Global Energy Monitor (GEM).

“With the new direction set for overseas coal, China needs to work harder now on its domestic coal addiction,” says Li, of Greenpeace.

Xi said in April the country will reduce coal use beginning in 2026, and Beijing has set climate targets—pledging to bring its emissions to a peak before 2030, and to make the country carbon neutral by 2060.

D’Souza of Carbon Tracker says that China could go further and focus its efforts internally by cancelling its plans to build 163GW of new coal power in favor of renewable energy. The country is a renewable energy leader, accounting for about 50% of the world’s growth in renewable energy capacity in 2020. The world’s most populous nation is also out in front on key green technologies such as electric vehicles, batteries and solar power.

“Now is the time for China to move away from being the largest coal power producer and continue its shift to lower cost renewables,” says D’Souza.

The announcement could have major ripple effects

Major questions remain including how and when the announcement will be implemented, and whether it will only apply to state-run banks, but experts say Xi’s pledge is a positive signal.

Li says that the announcement will contribute to higher quality growth in countries participating in China’s Belt and Road Initiative. “The announcement will also help the global transition away from coal, a critical signal needed ahead of COP26,” he says.

U.S. climate envoy John Kerry called the Glasgow climate summit, which will take place in November, the “last best hope to be able to coalesce the world in the right direction.”

In response to Xi’s announcement Antonio Guterres, secretary general of the United Nations, said that “accelerating the global phaseout of coal is the single most important step to keep the 1.5-degree goal of the Paris Agreement within reach.”

The Paris climate accords, adopted in 2015, calls on countries to do their best to reduce emissions to keep global temperatures to less than 2°C above pre-industrial levels—and preferably no more than 1.5°C—in the hopes of avoiding the worst consequences of climate change. 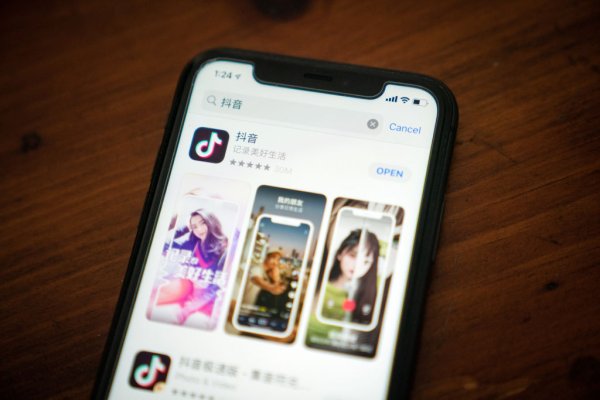 ByteDance Limits Access for Chinese Kids to 40 Mins per Day
Next Up: Editor's Pick