China Is Bankrolling Green Energy Projects Around the World

Perched on the ochre scrub of Argentina’s sunbaked Puna Jujeña plateau, the $400 million Cauchari power station is the world’s highest-altitude solar farm at 13,000 ft (about 4,000 meters) above sea level. In Kenya’s volcano-strewn Rift Valley, a newly green-lit, super-efficient electrical substation will soon funnel clean power from the nearby Olkaria Geothermal Plant about 50 miles (80 km) to downtown Nairobi. Some 14 miles off blustery northeastern Scotland, Moray East is set to become the world’s largest offshore wind farm, helping to heat and light up to a million homes.

Three distinct renewable energy projects utilizing cutting edge technology in far-flung corners of the globe sharing one uniting characteristic: Chinese finance. Over the past five years, Chinese bankrolling of green energy projects overseas has soared as the world’s number two economy and number one polluter rebrands itself as an environmental champion.

Not only is China today the world’s largest producer of solar panels, wind turbines, batteries and electric vehicles, but it has also been the top investor in clean energy for nine out of the last ten years, according to the Frankfurt School of Finance and Management. Since 2014, Chinese equity investment has supported a total of 12,622 megawatts (MW) of wind and solar projects in South and Southeast Asia alone, according to new research by Greenpeace. That’s the equivalent of 21 standard coal plants or enough to power New York City. The shift from simply exporting to bankrolling green tech—driven by both a drying up of domestic subsidies in China and new incentives to invest abroad—is a boon since “it means China really cares about the future profitability of each project,” says Greenpeace campaigner Liu Junyan.

Beijing’s refocus from fossil fuels to renewable energy is a net positive for a myriad of reasons: protecting scarce resources, cutting carbon emissions that spur global warming, and boosting energy security by reducing reliance on costly fuel imports. While only a hatful of nations boast significant oil and gas reserves, nearly all have the potential to develop clean energy themselves, whether via solar, wind, tidal, geothermal or hydroelectric plants, mitigating geopolitical tensions by making the world less dependent on restive regions like the Middle East.

Chinese export of renewable energy technology around the globe is set to boost Beijing’s clout as the influence of major oil exporters like Russia and Saudi Arabia wanes. China has by far the most renewable energy patents with the U.S., Japan and Europe lagging behind. “No country has put itself in a better position to become the world’s renewable energy superpower than China,” says a recent report by the Global Commission on the Geopolitics of Energy Transformation, chaired by former Iceland President Olafur Grimsson.

The U.S. withdrawal from the Paris Climate Accords under President Donald Trump provided China an opening to seize. America’s abandonment of global leadership on the issue was thrown into sharper focus by Trump’s empty chair during a climate change discussion at August’s G7 meeting in France. “The U.S. administration is not particularly interested in renewables at home let alone overseas,” says Simon Nicholas, an analyst for the Institute for Energy Economics and Financial Analysis. Now, China has firmly established its leading position in renewable energy output, as well as in related technologies such as electric vehicles, transmission lines and battery storage, and Beijing is managing to weaponize green technology in a way that strategic rivals like the U.S. may struggle to counter.

For many Chinese investors, a combination of rising domestic competition and rolling back of subsidies at home has widened their gaze. In solar firm Sungrow’s six-story, steel-and-glass headquarters in China’s eastern province of Anhui, CEO Cao Renxian explains how “struggles with the U.S. trade war” forced him to relocate production to India in order to dodge the 25% tariffs the Trump Administration slapped on imported made-in-China panels last year.

After overcoming the significant cultural, legal and linguistic barriers to secure a foothold abroad, Cao now has designs on growing his foreign portfolio. Sungrow currently has stakes in two solar farms of a combined 90 MW in Vietnam, and is constructing a new 60 MW solar farm to soak up the cerulean skies 100 miles north of Melbourne, Australia. Cao explains his global efforts as something of a rapturous calling “to boost environmental protection for our nation and the whole world,” while adding that his firm now sees annual revenues of 10 billion RMB ($1.4 billion).

The geostrategic corollaries are vast. These green investments chime with Chinese President Xi Jinping’s signature Belt and Road Initiative (BRI), a metaphorical repaving of the ancient Silk Road though a $1 trillion transcontinental trade-and-infrastructure network largely bankrolled by Beijing. It has the potential to be the world’s greatest building project since the Marshall Plan, which rebuilt Europe in the aftermath of World War II. The BRI will extend China’s presence across the globe while reorienting nations away from the U.S.-and-Eurocentricism of the last half century.

Since the BRI was enshrined in the ruling Chinese Communist Party (CCP) constitution in 2017, the nation’s biggest banks are obliged to offer preferential loans towards its projects. There are also tens of billions of dollars set aside in dedicated cash pools like the Silk Road Fund. The Import-Export Bank of China, for one, loaned enough money to fund 85% of the Cauchari solar farm in Argentina at just 3% annual interest over 15 years, according to Reuters. (That compares favorably to the more typical 4.5%-7% interest bank loans for such projects.) The proviso is that three quarters of materials used on the project are sourced from Chinese firms such as Huawei.

Apart from the obvious headache of having allies and partners in hock to Beijing, national security concerns loom large. The Trump Administration has accused Huawei—the world’s biggest supplier of telecoms equipment as well as solar inverters, which turn the energy produced by solar panels into a grid-ready electrical current—of installing illicit “backdoors” in equipment that could be used to spy on or cripple users’ networks, and has threatened to cut off intelligence sharing with nations that embed it. (Huawei vehemently denies this, and hard evidence is scant.)

Suspicions regarding Chinese firms persist, however, with the E.U. in March even branding Beijing a “systemic rival.” Last year, Germany blocked a deal in which China’s state-owned State Grid, the world’s largest utility company, would have purchased a $1.2 billion stake in Germany’s national high-voltage energy network, on apparent “national security” grounds.

However, since State Grid’s cutting-edge high-voltage transmission lines, which are far more efficient than existing technology for long-distance transmission, are seen as vital for linking remote and underutilized renewable energy plants into the national grid, many nations believe the benefits outweigh any risk.

Few have embraced Chinese renewable technology and investment as warmly as Brazil, where State Grid is the largest power generation and distribution company. Another Chinese behemoth, China Three Gorges (CTG), the world’s largest hydropower provider with operations across 47 countries, controlling 14 out of a total of 48 hydro-plants in Brazil, amounting to 8% of the nation’s total hydropower capacity, as well as 11 wind farms. CTG Brazil CEO Li Yinsheng tells TIME that Brazil is attractive for investment because it has the resources, demand and necessary regulatory framework. “And by combining [Chinese and Brazilian] equities we are in a unique position to be more competitive in the market,” he says.

It’s not all blue skies ahead for China. The country still generates 70% of its power from coal, and will continue to consume about half the world’s coal until 2023, according to the International Energy Agency. It also approved 141 million tons of new annual coal mining capacity in the first half of this year; in the whole of 2018, Beijing approved just 25 million tons of new coal mining capacity.

The vast majority of the more than $244 billion that China has spent on energy projects worldwide since 2000 have been on fossil fuels, according to data from the Global Development Policy Center, a policy-oriented research body affiliated with Boston University. Despite Xi telling journalists at April’s second Belt and Road Forum in Beijing that he embraces “open, clean and green development,” China has financed more than 300 foreign coal plants from Egypt to the Philippines.

According to Nicholas, the analyst at the Institute for Energy Economics and Financial Analysis, Beijing’s vociferous championing of renewables is “partly an attempt to position itself globally regarding climate issues, but also to distract from the fact that it’s also heavily pushing coal-fired technology to developing countries.” For as long as the Chinese Communist Party’s legitimacy relies on the prosperity of the Chinese people, green intentions will always be sacrificed on the altar of economic expediency, both at home and abroad. 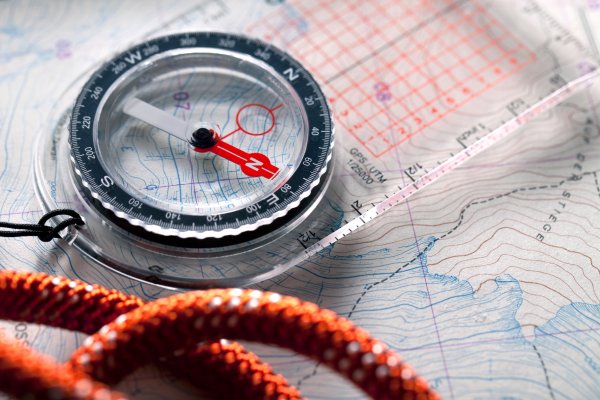