Over the last month, as COVID-19 cases and hospitalizations rose and the U.S. made its rocky departure from Afghanistan, President Joe Biden has sought to turn the nation’s attention back to climate change, repeatedly warning America that the clock is ticking.

In the last two weeks alone, the Department of Energy announced that the country could be generating 40% of the nation’s electricity from solar in the next 15 years. On Sept. 17, the White House announced with the European Union a joint commitment to cut emissions from methane, a potent greenhouse gas, by nearly a third by 2030. Three days later, on Monday, the Administration announced new efforts to protect workers from extreme heat. And Biden himself hit the road to promote his ambitious infrastructure package as an opportunity to tackle climate change. “We don’t have time now,” Biden said during a visit to a renewable energy lab in Colorado on Sept. 14. “This is a decisive decade.”

The clock is also ticking for the Biden team. The Administration urgently needs to assure the world that the U.S. is committed to tackling climate change—and convince others to come along for the ride—ahead of critical United Nations climate talks set to take place in Glasgow, Scotland in November. “We will be measuring every way that we can reduce our emissions,” John Kerry, the special presidential envoy for climate, told a gathering of U.S. mayors earlier this year. “We have to lay out a roadmap… so that everybody can understand it’s not a phony, empty promise.”

Biden’s climate messaging blitz—part behind-the-scenes policymaking and part global public relations campaign—began in the early days of his presidency. Against a backdrop of surging COVID cases, Biden signed an executive order just one week into his tenure that declared climate change would be central to his Administration and directed federal officials to infuse climate considerations into economic and foreign policy. The Administration immediately began planning for an Earth Day climate summit to bring world leaders together and show that the U.S. was back in the climate conversation after years of the Trump Administration’s antagonism on the issue.

“This summit is our first step on the road we’ll travel together,” Biden said at the April summit, “to set our world on a path to a secure, prosperous, and sustainable future.”

At that meeting, the Biden Administration set a target of cutting all U.S. greenhouse gas emissions by at least 50% by 2030. Since then, even as other news stories have dominated headlines, the White House has sought to prove that the U.S. can reach its targets in a steady stream of announcements: new rules on the risk climate change poses to financial institutions, a push for climate investment via the multi-trillion dollar infrastructure package and new regulations to move the country to electric vehicles.

The sprint has had a positive effect on global climate talks, but the U.S. policy that comes over the next six weeks may be the most crucial. The world is watching to see if the U.S. will fulfill its part of the more than 10-year-old commitment from developed countries to spend $100 billion annually to fund climate initiatives in developing countries, a move that would help convince nations like Brazil, South Africa and India to commit to more aggressive climate targets.

Likewise, the passage of a multi-trillion dollar infrastructure package with strong climate components could convince world leaders that the next government can’t simply undo the Biden Administration’s climate work. “We are very aligned and in agreement about the goals,” Emily Haber, the German Ambassador to the U.S., told me during a panel discussion in June. “But we still need to underpin the goals with projects, with policies, with specific strategies, and that’s where we are right now.”

How the U.S. positions itself ahead of the UN climate conference could be pivotal to reigniting the global climate conversation as the momentum to put forward new country-level plans to cut emissions has broadly slowed. A Sept. 17 analysis from the United Nations Framework Convention on Climate Change—the body responsible for global climate talks—found that the world is on track to see 2.7°C of warming with the current emissions reduction commitments from governments around the world—a far cry from the global target of 1.5°C.

“Glasgow remains our last best hope,” Kerry said in April, “to coalesce the world in the right direction.” The next six weeks are the last opportunity for the U.S. to do its part to get Glasgow on track. 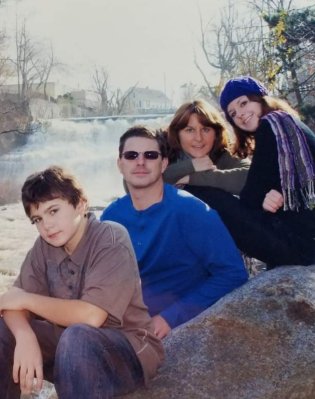 Jamey Rodemeyer's Parents Reflect a Decade After His Death
Next Up: Editor's Pick