Batteries Are the Next Target in China’s Clean-Energy Conquest

Illustration by Jay Bendt for TIME
By Justin Worland

Clean-energy promoters hailed Tesla’s announcement of plans for a Nevada “gigafactory”–a reference to the unit for measuring energy storage–back in 2014 as the dawn of a new American industry. The $5 billion facility would eventually produce millions of lithium-ion batteries for electric vehicles as well as energy storage on the grid.

But behind the headlines, leading battery researchers and entrepreneurs say the gigafactory represents an exception to the rule in the fast-growing global industry for lithium-ion batteries. No matter what Tesla has planned, the U.S. is set to lag China in the battery race if current trends continue.

Instead of manufacturing in America, entrepreneurs are increasingly looking to China to turn cutting-edge battery research into reality. The country is expected to capture 65% of the battery market by 2021, with much of what remains left for Europe, according to Bloomberg New Energy Finance.

The anticipated Chinese dominance of the industry comes as the government sees an opportunity to become a clean-energy leader providing solutions to the rest of the world–and reaping the profits. China already manufactures more than half of the world’s solar panels, and doing the same with batteries would leave China controlling an industry worth $40 billion a year by 2025, according to a Goldman Sachs analysis.

To capture that business, China has told battery manufacturers to double their capacity by 2020, created hurdles for foreign competitors and introduced subsides for both electric cars and batteries. The country’s 13th five-year plan, which guides policy through 2020, guarantees a payout if manufacturers meet targets. Its battery industry also benefits from domestic lithium mining and mass electric-vehicle manufacturing.

Two companies have emerged as China’s premier battery manufacturers: Contemporary Amperex Technology Ltd. (CATL) and Lishen. Together they expect to produce twice the battery capacity as Tesla annually. “We continue to walk where the country guides us,” CATL CEO Huang Shilin told Reuters last December. “We hope by 2020 we can achieve performance and price that lead the world.”

Battery manufacturers that want to operate in the U.S. face an uphill climb. Lithium batteries come with the risks associated with any nascent industry and profits tend to be narrow–when they exist at all. That’s on top of the higher cost of land, labor and equipment. And unlike in China, the U.S. government has shown little enthusiasm for promoting the industry. While Chinese officials talk up their growing clean-energy sector at international gatherings, the Trump Administration promotes U.S. natural gas and “low-emission coal.” Its proposed budget slices funding in half for the Energy Department program that supports the deployment of batteries. Moreover, the U.S. tends to invest in cutting-edge research rather than manufacturing improvements that allow for implementation.

“For the development of new materials, the U.S. leads the way,” says Shirley Meng, who runs the Laboratory for Energy Storage and Conversion at the University of California, San Diego. “But when technology leaves the lab and enters the market, we have to start talking with the Chinese companies.”

Despite the currents, a few positive signs remain for the U.S. battery industry. Tesla continues to grow rapidly and opened a second gigafactory in Buffalo, N.Y., this summer. Meanwhile, investors with an appetite for risk, like Microsoft founder Bill Gates, have thrown money into the industry.

In the meantime, Meng says relying on China may not be that bad. “Why not let China try? They have lots of cash and deep pockets,” she says. “In the end the world will probably benefit.” 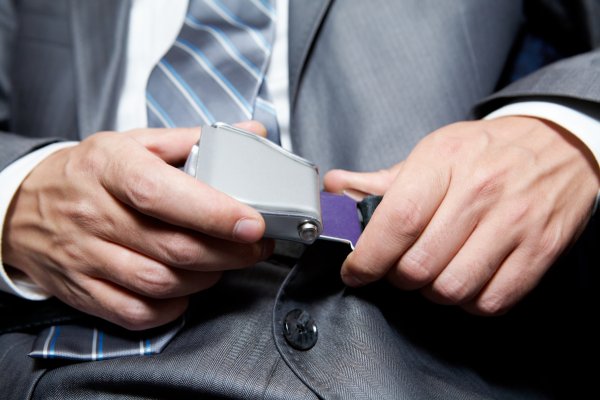 The Surprising Reason Why Airplane Turbulence Could Get a Lot Worse
Next Up: Editor's Pick