Colson Whitehead and Margaret Atwood Discuss The Underground Railroad, The Handmaid's Tale and the Challenges of Adaptation

When a great book makes its way onto the screen, as Margaret Atwood says, “it finds a whole new audience.” The legendary Canadian author of The Handmaid’s Tale knows a few things about this: that book was adapted into a Hulu series that went on to win 15 Emmy Awards and has recently started its fourth season. Colson Whitehead’s 2016 novel The Underground Railroad, which won both the National Book Award and the Pulitzer Prize for Fiction, comes to Amazon Prime on May 14, in a 10-episode miniseries helmed by Moonlight director Barry Jenkins. In a conversation for TIME, Atwood and Whitehead discussed navigating the tricky waters of adaptation.

Margaret Atwood: Have you seen the whole thing?

Colson Whitehead: I saw it in February, and I’m about halfway through a second viewing. I’m totally in love with it.

CW: Yeah there are some moments—

MA:—moments? Kind of long moments. Yeah, well, why wouldn’t it be harrowing?

CW: The cinematography and Barry’s vision is so beautiful and humanistic that when we do get moments of grace and hope … I know what happens, but I’m sort of surprised.

MA: You weren’t closely involved with the writing?

CW: No. I mean, they’re professionals. Periodically over the years I’ve been like, “Oh, maybe instead of teaching, I’ll write my screenplay.” And then I get 30 pages and I’m like, “I’d rather write a novel; this kind of sucks.” I’ll stick to what I know.

CW: In handing it over to Barry, I felt like the book is the book, and the TV show is a TV show. I hope it’s gonna go well because it’s Barry, but if it doesn’t, it’s separate. With the additional seasons for Handmaid’s, what was your process of letting go and letting their vision take over?

MA: Did I have a choice? No. I have no power. I like to think I might have some influence. For instance, I said, It is forbidden for you to kill Aunt Lydia, and they said, Well, we weren’t going to anyway. It is true that if you try to control these things, it’s not going to work, because no film or television person in their right mind would give you any sort of a veto. So the only way you could control it would be to write it, direct it and produce it yourself.

CW: It never occurred to me that they would change things terribly. I assumed with 10 episodes, there was enough room to get all the big things in.

MA: Why did it not occur to you?

CW: I don’t know! I was busy thinking about my depression.

MA: What a trusting person you are.

CW: I had a lot on my mind. Cold fusion. Electric batteries that power vehicles. No—the few conversations we had about Barry’s proposals about characters they would add or compress made sense to me. In the North Carolina section, Cora’s alone in an attic for like, 70 pages, and in the novel, you can have her have conversations, look out a little peephole, and you can expand the space. But on a TV show, it’s very static and you want to make it more dynamic. So he had a solution, which I don’t want to reveal, and it made a lot of sense. Their fixes for adaptation were clever—in some ways improvements. Given the constraint of 10 episodes, it never occurred to me that things would go awry. And they didn’t. Maybe I sound pretty hopeful.

MA: In the lead-up to the Trump election, people were saying all this “witch” language about Hillary Clinton—just straight out of the 17th century. And at the Women’s March, there were all of these signs that said: MAKE ATWOOD FICTION AGAIN. When the show launched, people reacted very strongly to it, with a lot of anxiety. Your show is coming after a couple events: the election, the storming of the Capitol and the Biden agenda that is rolling out. People might see it in a more hopeful way than they might have had that not happened. But both of these narratives are possibilities because of the way America is.

CW: Both books were conceived outside of what’s going on in America now. The Underground Railroad came out a few months before Trump’s election. I remember hitting the road and seeing the insane atmosphere at his rallies and thinking, Oh, yeah—that’s why I have a lynching section in the book.

CW: [Barry] had the same problem that I had, which was I wanted it to be realistic before it gets fantastic, so the plantation is bleak. We had to put those violent scenes in the first hour because that’s the book and it’s also the reality.

MA: If it was not horrible, why would you run away? That’s always the problem.

CW: We both have the same sort of problem, and I fixed it by having sort of dead prose. When you read slave narratives, they’ll describe the most terrible thing in a matter of fact way, and using that matter of factness and not overdramatizing it was a way to not make it sensational. For [Barry], you can see it, it’s not just the viewer’s imagination and I think his solutions for getting the violence across but also being restrained worked really well.

MA: So your technique is Jonathan Swift’s. How do you make people believe in tiny little people and giants? You describe them in a very matter of fact way.

CW: With a straight face. They had a therapist on the set, so the actors and people who worked on the crew could talk through what they were feeling about filming this scene or that scene. They took a lot of care.

MA: Were they feeling terrible?

CW: At different points. Escaping from slavery is a life or death enterprise, and not everyone makes it. Depicting the reality of the journey took a lot out of them psychologically and emotionally.

MA: The other thing about all of this is it’s not ancient history. It’s a lot closer to us in time than people often imagine that it is. So within ancestral memory, for instance, my father, who was born in 1906, grew up in rural Nova Scotia, where there were people who had come after escaping slavery. They wouldn’t have been young at that time, but he knew some of them.

CW: Different points in our history were closer to the political economy of The Handmaid’s Tale, closer to the white-supremacist moment described in The Underground Railroad. It was a shock waking up that morning in November of 2016 and realizing that what had been abstract for me—a white-supremacist government—was suddenly back in power. We go through periods of progressive action when that right-wing impulse is on the wane, but it’s always there, waiting to come back.

MA: I don’t doubt that. I thought that Jan. 6 moment was very scary to all kinds of people. There was little doubt that we came within a couple minutes of martial law.

CW: And we forget so quickly. It’s already being erased.

MA: Those things are always possible. I set The Handmaid’s Tale in the belly button of liberal democracy in America—namely Harvard. I’ve never been of the opinion that “it can’t happen here,” whatever it may be. Given the conditions, anything can happen anywhere. I wanted to gather some of those things together and put it in that place where it was not supposed to be possible. Because it is possible. It can happen. It has happened.

CW: For me, in terms of tackling historical subjects in The Underground Railroad and The Nickel Boys, sometimes I’m tied into what’s going on in contemporary America, sometimes not. I wrote The Underground Railroad in the comparatively sane days of the Obama Administration. I found more material in the past—whether in slavery or the Jim Crow moment of the 1960s. My next book: Harlem in the 1960s. I’ve sort of said my bit about contemporary America, and I’m finding different ways of talking about history, politics, race and capitalism by setting my books in the past—and trying to figure out how to make the work fresh. 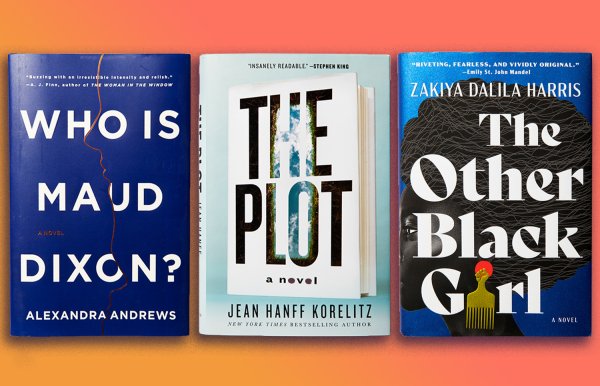