6 Questions for Colson Whitehead, Author of The Underground Railroad

How did this story come to you?

I was thinking how, when you’re a kid, you think the Underground Railroad is a literal railroad. It was the year 2000. I was finishing up John Henry Days. I didn’t feel like doing another research-heavy book. Slavery is such a huge topic–I didn’t feel up for it emotionally. Every couple of years I would go back to the idea and look at my page of notes and maybe add a line.

How did you go about researching it?

Mostly slave narratives. The Works Progress Administration in the 1930s interviewed former slaves–80-year-olds, 90-year-olds who were kids at the time of slavery. There are hundreds and hundreds of these accounts. I got a lot of the atmosphere and small details, what they ate, what the cabins were like. The WPA stuff is all digitized, and I could download it to my iPad. Oprah was like, “Do you have any research materials?” And I was like, “Just on my iPad, sorry!”

There are many atrocities that Cora endures, some of which involve what she’s forced to watch. It felt very resonant with contemporary conversations about bearing witness to the vulnerability of the black body.

I want to testify for generations of Africans who came here. And my own ancestors. When people ask, “Is this influenced by Ferguson or Black Lives Matter?” No, I’d had the idea for a while. I think we have these periodic eruptions where we actually are thinking about race in a different way. And then it passes, until the next eruption. But I did want to talk about how world fairs would exhibit black people as jungle natives. I did want to bring in the Tuskegee syphilis experiment, which not enough people know about. Cora is a way of producing a witness to all these different things.

For readers who are looking to your work to help them better understand the problem of race in America, what would you point them to?

You know, slavery’s not very far away. It does echo through time, and we are feeling its reverberations still. Bill O’Reilly was mad when Michelle Obama mentioned that she lives in a White House built by slaves. Why would you get mad at that? He felt he had to step up and say, Actually, that is technically true, but they were well fed and housed. I’m not here to tell people about slavery and how terrible it was. But if the way I handle different periods of American history and black history does illuminate the way we live now in a way that’s useful, I’m glad.

In Sag Harbor, you talk about the paradox in the world’s eyes of “black boys with beach houses.” You were one of those boys. Does that sense of paradox linger?

It was never a paradox for me. I think the world and our concept of race change by degrees. It’s not weird to my daughter that we have a black President. If we’re lucky, to my son, who’s 3, it won’t be weird that there’s a female President.

You were the winner of a MacArthur “genius” grant at a young age. Did it feel like a gift or a burden?

It was great. Obviously genius is in quotes and ironic. But I didn’t have a lot of money. It allowed me to put a down payment on a house. It enabled me to be confident enough to think, Oh, maybe I can start having a family because we’re not going to be starving for five years. And also, it gave me license–you’re on the right path, keep doing it.

How did you feel about the news that Harriet Tubman will be on the $20 bill?

I was really glad. Who would be mad that Harriet Tubman would be on the currency? I don’t understand. There are no women. You’re getting mad about one woman? 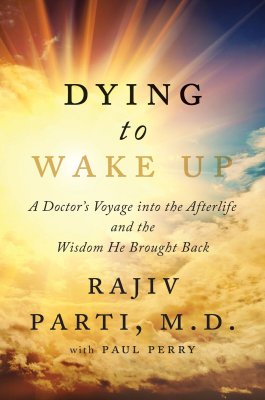 One Man's Tale of Dying—And Then Waking Up
Next Up: Editor's Pick