Demonstrators take part in the Women's March to protest Donald Trump's inauguration throughout the National Mall in Washington on Jan. 21, 2017.
Lucas Jackson—Reuters
By Katie Reilly

Hundreds of thousands of women and men on Saturday responded to the inauguration of President Donald Trump by gathering for the Women’s March on Washington and for sister marches in cities across the country and around the world.

Protesters sported “pussyhats” to mock Trump and carried signs that challenged his campaign rhetoric and policy proposals. The Washington march featured speeches by actresses Scarlett Johansson and America Ferrera and performances by singers Alicia Keys and Janelle Monáe, among others.

“We march today for the moral core of this nation, against which our new president is waging a war,” Ferrera told the Washington crowd, the Associated Press reported. “Our dignity, our character, our rights have all been under attack and a platform of hate and division assumed power yesterday.”

Aerial footage and photographs captured the size of the crowds. Here’s what protests looked like in six cities across the U.S.: 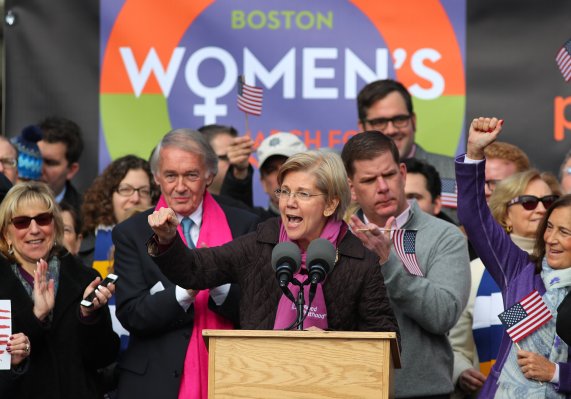 'I'm Here to Fight Back.' Elizabeth Warren Rallied Women Against President Trump
Next Up: Editor's Pick