The third season of The Girlfriend Experience begins with a job interview in virtual space. In a bare, glowing white room, Iris (a supple yet self-possessed Julia Goldani Telles of The Affair) explains to a glamorous older woman that she’s abandoning an elite undergraduate education in the States for a new life in London. Beyond a few unnerving details—sometimes the women speak without moving their lips—the meeting only seems remarkable, after a year when more people than ever were communicating mostly via technology, in the context of a show about high-end sex workers. What the protagonists of this Steven Soderbergh movie turned Starz anthology, whose alternately enthralling, stimulating and sluggish first new episodes since 2017 premiere on May 2, have in common is that each exchanges intimate physical contact for money.

Just before she clinches the gig with an exclusive escort service, Iris explains what she has to offer along with her milky skin and wide sapphire eyes: “I’m good at reading people.” This is like Joan Didion claiming to be merely “good” at reading the mood of the culture. In her new day job at an artificial intelligence company, Iris is using her precocious aptitude for neuroscience and behavioral psychology to research sexual attraction. By night, she gathers information from the field, making covert audio recordings of sessions with world leaders and pro athletes whose most deep-seated desires she is eerily skilled at detecting. At some point in every encounter, an epiphany flickers across her face and Iris—the name of a flower but also a crucial part of eyes both animal and mechanical—suddenly knows how to alter her behavior to suit her date.

The convergence of tech and desire seems like an inevitable direction for The Girlfriend Experience, whose past incarnations have juxtaposed upscale sex work with the similarly lucrative labor performed in high-level political and legal professions. Filmmaker Anja Marquardt, who joined the series after two seasons written and directed by creators Amy Seimetz and Lodge Kerrigan, clearly has a fascination with this sort of labor; her 2014 feature She’s Lost Control follows a female psychology grad student who works as sexual surrogate. And in many ways, the character-driven story Marquardt tells is a return to form for a show that excelled most in a debut season focused on a law-student escort played by Riley Keough.

Like that character, Iris is brilliant, beautiful and appears to have her life under meticulously compartmentalized control… until her situation devolves enough to reveal how fragile it was all along. Marquardt spends much of the first half-season setting a mood of eerie, clinical calm. (I was provided with five episodes, out of 10 total.) In apartments and offices whose aesthetics seem to be converging along with their functions, the atmosphere is both luxe and minimalistic: brushed metal surfaces, mammoth glass windows, monastic concrete walls, furniture and clothing in all the bloodless colors of the iPad rainbow. Iris explains mirror neurons—“our ability to perceive what someone’s thinking or feeling”—to a coworker and mirrors become a visual motif. When Iris mirrors the desires of her clients, she becomes a sentient version of the A.I. she’s studying by day. Mechanical eyes as well as human ones use an iris to let in light.

It’s refreshing to see TV take on big ideas from science and philosophy without dumbing them down out of deference to network executives’ knee-jerk underestimation of their audience. And this immersion in an existence that blurs the line between humanity and technology can be intriguing. But the show moves so slowly as it deepens these thematic connections (thematic neural networks?), drawing artificial limbs and deepfakes and fatalism into its web of metaphors, that the plot barely starts moving until episode 5. It’s hard to say, midway through the season, whether the next five episodes will justify the patience it takes to get to that far.

In the meantime, perhaps the scene-setting feels as redundant as it does because anxiety around the intersection of love, sex and technology has—for obvious reasons—become a pop-culture obsession. Specifically, we keep getting dark visions of heterosexual male desire filtered through computers and robotics. This month’s HBO Max adaptation of Alissa Nutting’s novel Made for Love introduced an all-powerful tech mogul who wouldn’t rest until he’d invaded every corner of his wife’s consciousness. Before that, Humans saw a family thrown into crisis following the father’s indiscretion with their robot assistant. In Ex Machina, Oscar Isaac memorably played a reclusive search-engine CEO whose only companions are model-gorgeous android babes. It all harkens back to that pessimistic, Stepford Wives notion that what men want most from women is not connection but submission (even if what the woman is submitting to turns out to be a male fantasy of female domination). The girlfriend experience without the girlfriend obligation.

It makes sense for art to interrogate patriarchal desire. So much of the world we live in has been, and continues to be, shaped by it; that goes double for the male-dominated tech realm. Still: as we look to a future mediated by A.I., why do we still spend so little time imagining how technological advances might intersect with the physical and emotional needs of people who are not straight men? This season of The Girlfriend Experience contains some promising ideas, even though it retreads some familiar ground and the gendered implications of Iris’ double life go largely unacknowledged. Next time, how about The Boyfriend Experience? 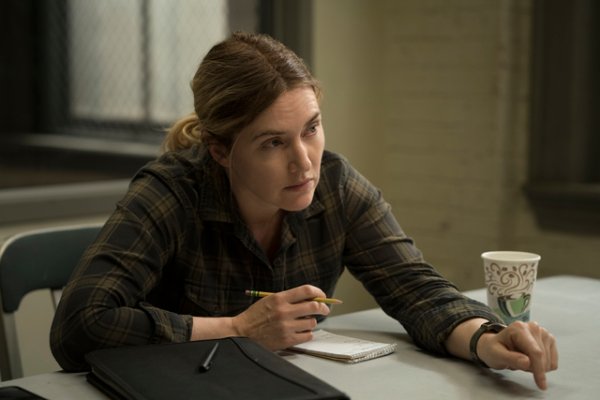