Review: The Affair: More Than Meets the "I"

Meet Noah Solloway (Dominic West), a terrific, terrific guy. We first meet him swimming laps in a pool, which he’s gotten up at the crack of dawn to do–no doubt it’s one reason this middle-aged Brooklynite has maintained his rockin’ bod. That’s not lost on a young woman who flirts with him after his workout–but nope! See that ring on his finger? Noah’s married and loyal, headed home to his wife Helen (Maura Tierney), whom he’s going to wake with a mug of steaming coffee and a round of steamy lovin’.

You would? Well, you are correct, as you’d soon begin to see even if you didn’t take note of the title of Showtime’s captivating, slow-burn emotional mystery The Affair (first episode premieres Sunday, Oct. 12, though it’s already streaming online).

As Noah and Helen pack up the kids for a summer trip at her father’s house in the Hamptons, we see that he barely has a handle on his kids, especially his pouty teen son and daughter. His novel was middlingly successful–reviews called it “derivative”–and Noah didn’t buy that townhouse on his public school teacher’s salary. It comes courtesy of his father-in-law Bruce (John Doman), a famous author whose books regularly become movies and who doesn’t miss a chance to lord his success over Noah. “Everybody has one novel in them,” Bruce casually tells him. “Almost nobody has two.”

Oh, and we know all about this because he’s telling this story to the police.

Why? We don’t know–there’s much we don’t know yet. But Noah’s tense family getaway takes a turn when the Solloway clan, cranky from the road, drag themselves into a diner and are served by local waitress Alison Lockhart (Ruth Wilson). After Noah’s daughter nearly chokes–he saves her with quick-thinking action–he and Alison share a moment of connection, which flames into something more that night, when he runs into her during a walk alone on the beach. She’s playful, spunky and flirtatious; Noah’s family-man resolve is starting to crumble. It’s only the beginning of summer, but you can feel the mercury steadily rising.

Then the story takes a turn–one that’s essential to the appeal of this fascinating pilot, but that you might want to be surprised by. I knew about it going in, and had no regrets, but I’m the spoiler-friendly type; I’ll leave the choice up to you (or come back and read this after you’ve watched):

There’s a cut to black, and the word “Alison” on the screen. We’re with her the same morning, in bed with her husband, Cole (Joshua Jackson). It’s the same Alison we met, but different: moody, pensive, meek. It’s a special day for her: what would have been the birthday of her son, who died as a toddler under yet-unknown circumstances. Whatever happened, it seems to have damaged her marriage in ways she and Cole are still trying, flailingly, to fix.

Then we’re in the diner as the Solloways pull in. She still takes their order; the little girl still chokes. But it plays differently in telling ways. Noah and Helen squabble frantically as the girl gasps for air–“Helen, I need your help!”–until Alison steps in and saves her.

It’s different, and not just because we now see why nearly watching a girl die, on her own child’s birthday, is devastating to her. The Noah here is different too–still handsome, but more self-involved, less noble. When they meet on the beach, events play out as in Noah’s version, more or less, but he’s the assertive one, coming off pretentious, shady, even a touch stalkery. That is, if her version is the truth. Maybe his is. Maybe neither is, or both in some combination. Despite the infidelity and (apparent) crime, this doesn’t seem like Gone Girl, where the second half of the Rashomon upends the lie created by the first, so much as a recognition that each of us is the hero or heroine of our own story.

The Affair is created by Sarah Treem and Hagai Levi, who worked together on HBO’s therapy drama In Treatment. Like that drama, The Affair is a story in which much of the action takes place in conversation; it’s minutely attuned to how the inflections and back-and-forth of a conversation can sketch character, suggest entire relationship histories and create productive doubt in the viewer. And the camera is just as perceptive, belying Noah’s family-man front by sharing his furtive gazes at Alison’s hips and thighs.

The first episode (all critics have seen, unfortunately) is mostly talk, yet that talk is its own kind of action. It helps that the cast is up to this fine-scalpel work. West’s brownstone intellectual is as convincing as his rowhouse detective McNulty on The Wire; Wilson, meanwhile, covers tremendous emotional ground in one hour as Alison’s backstory unfolds. (Tierney and Joshua Jackson as Alison’s husband have less to do in the first hour, but their roles are promising.) 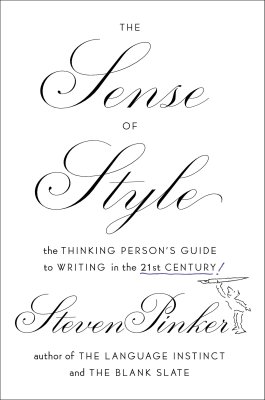