The Girlfriend Experience's Riley Keough on Playing a Call Girl: 'Who Are We to Say What's Right?'

The granddaughter of Elvis Presley, Riley Keough has broken into acting with roles as Nora, a stripper with a pet pig, in Magic Mike and Capable, one of the enslaved wives on the lam with Furiosa, in Mad Max: Fury Road. Now, she’s starring in her own TV show, The Girlfriend Experience, which premieres April 10 on Starz.

Based on the 2009 Steven Soderbergh film by the same name, Keough plays Christine, a law student by day, high-end call girl by night. The actress spoke with TIME about challenging our assumptions about morality, how difficult it is to find complex roles for women and her Mad Max character’s backstory.

TIME: How did you come to this role?

Riley Keough: I worked with Steven Soderbergh on Magic Mike, and he had me in mind for this role. He’s a genius, so I don’t question him. I knew if he was producing the show it was going to be about something more profound than just sex. It’s also hard as a woman to find characters who are difficult or unapologetic or have different morals like Christine.

People are afraid to show women with demons. But I think it’s important for women to see flawed female characters. We’re held to a perfect standard but every woman is flawed. And there are women who like sex and don’t care. Whether it’s this show or an Amy Schumer sketch, it’s important to see women who aren’t perfect. I’m interested in opening up the range of women on TV.

There’s been a larger conversation in Hollywood in the lack of women behind the camera. What was the experience like working with both a male director, Lodge Kerrigan, and a female director, Amy Seimetz, on this show?

Steven did that for a reason. He put in one male director and one female director to get two perspectives. I think that’s the smartest way to do that. If we could do that with every film that would be great.

Why do you think it was important that the show not judge Christine?

She’s not a victim. It’ll push people’s buttons because she comes from a great background, so they’ll ask, “Why did she choose this?” People are judgemental about sex, but everyone has their own moral code. So unless you are hurting people, who are we to say what’s right? Christine is secure in her moral code and not wavering in what she’s doing. It challenges your assumptions.

You spoke to a call girl in order to prepare for this role. Did anything she say surprise you?

I was most interested in how emotions tie into it because I’m very emotional whereas Christine is not at all. What [the woman I spoke with] was telling me was that she did have emotions for clients. And I was like, “Okay so not everyone who does this is like Christine and can compartmentalize as well as she does.” I don’t want to say Christine is sociopathic, but questionably sociopathic.

On Mad Max: Fury Road you learned about a different part of the sex trade. Director George Miller brought Vagina Monologues writer and famed feminist Eve Ensler to the set to talk to the cast about sex trafficking. What was that like?

My character, one of the wives, was a sex slave. Eve had us do exercises that she did with survivors, and we were all in tears by the end. It gave us the anger we needed for the role but also made us feel empowered as women.

Obviously the situation that Christine is in is very different than the world of Mad Max, but did you think about what Eve Ensler said about sex trafficking at all during the course of making this TV show?

Not really. It’s the story of a woman who really does what she wants to do, and this is what she enjoys doing, which is very different from sex trafficking. I think the point is that if you had a show about a man who went, “I want to be an escort,” it would look almost glamorous. And so for me the point was like why is this okay if a man does this and if a woman does this it’s terrible and forbidden and bad, bad, bad? So I’m obviously 100% against sex trafficking, but I am interested in making people think about things and making people think outside of what they’re predisposed to think.

Can you tell us some of the backstory for you character in Mad Max that didn’t make it to the screen?

Every single character has an incredibly intimate backstory. That’s just the way George works. We got to write and approve our own backstories. George had some ideas. We came up with how old the women were when they became breeders. For example, some of them came in as babies and were offered to the Immortan. Some of them were handpicked. Also, my character and Rosie [Huntington-Whiteley]’s character had a connection growing up together sort of like sisters. 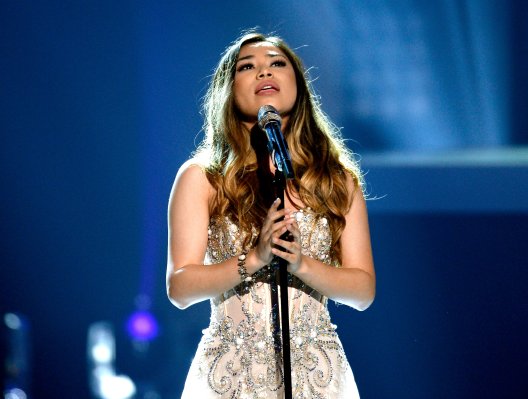