The Case for Abandoning 'Corporate Responsibility' When We Judge Company Practices

Nobel Prize-winner William Nordhaus explains why corporate responsibility is a flawed metric for holding companies to account on climate.
Illustration by Lo Cole for TIME
Ideas
By William Nordhaus
Nordhaus is a Yale University professor and the recipient of a 2018 Nobel Prize for his work in economic modeling and climate change. His new book, The Spirit of Green, will be published May 18

In an earlier era, green referred to grass and trees and jealous eyes. But over the past half-century, green has taken on a life of its own. The Green movement deals with the collisions and contagions of the contemporary world—how to view them, and how to cure them.

The book from which this essay is excerpted, The Spirit of Green, examines a wide array of social, economic and political questions from a Green vantage point. These questions include established areas such as pollution control and global warming. But they also involve new frontiers such as Green chemistry, taxes, ethics and finance. The example that follows concerns an approach to large corporations, or what is called social responsibility.

One of the major developments in corporate management is corporate social responsibility, which is the projection of Green philosophy into the business world. The idea is that corporations are more than money­making machines that buy steel, produce cars, and fight tooth and claw to enrich their owners. Rather, corporations are also societal citizens that have certain legal, economic and ethical obligations.

Corporate responsibility goes beyond obeying the law. It involves voluntary actions in which a business monitors and ensures its compliance with the spirit of the law, with ethical standards, and with national or international business norms. Moreover, responsibility recognizes that profits—which are a central goal of business—are sometimes a misleading compass that needs to be corrected.

If you study the literature on corporate responsibility, or look at corporate websites, you will find a tangle of confusions. The reason is that corporations generally want to portray themselves as responsible while satisfying the profit orientation of their shareholders.

The Green view sharpens the focus of corporate responsibility by emphasizing spillovers, or what are technically known as “externalities.” These are the unintended consequences of industrial activity. In an earlier era, such spillovers would include air pollution, toxic wastes and greenhouse gases. Over the past year, we faced a deadly pathogen that was passed unknowingly and invisibly among people.

Why should private corporations become involved here? The reason is that our political processes are unable to prevent all these spillovers and compensate those who are harmed. The lack of social protections might come because of scientific uncertainty or vested interests or partisan politics or international free riding or a weak social safety net—or all of the above. One clear example of political failure is that most countries have not moved forcefully to slow climate change.

Responsibility becomes particularly important in the presence of technological uncertainties. How harmful are asbestos and tobacco? How addictive are opioid medications? What are the emissions of new automotive technologies? What is the threat of fossil-fuel use to future climate change? Companies producing these products are the most knowledgeable about the properties of their activities. From tobacco through opioids and asbestos to emissions of sulfur dioxide and carbon dioxide, firms engaged in these sectors have a special responsibility to society to inform and protect.

Most of the focus in business schools and academic writing is on corporate responsibility: do this, do that, measure this, and report that. The list of responsible actions is endless, and most firms can find several areas where they excel.

We can imagine a modern-day Virgil leading us through the various circles of corporate misconduct. Perhaps the first circle is for greed and populated by overpaid executives, the second circle contains the polluters, the next for lobbyists for special tax breaks and another for those involved in regulatory demolition.

At the ninth circle, we find the most egregious forms of corporate misconduct—companies who provide misleading or fraudulent information about their own products. Such behavior is a risk to the public that the company is uniquely positioned to understand. It is worse than simple thievery because those who are most knowledgeable use their knowledge to mislead their customers.

When Dante wrote Inferno, he described the ninth circle of hell as the deepest one, where treachery resides and where hosts betray their guests:

By effect of his malicious thoughts,

Trusting in him I was made prisoner,

And after put to death.

So it is with companies in the ninth circle. We are indeed prisoners when we unwittingly trust malicious companies who invite us as guests into their showrooms. These firms know about their dangerous products, withhold that knowledge, subvert science to advance their narrow commercial interests and put their guests to death.

A recent egregious example is Volkswagen, which not only hid the emissions of its diesel automobiles and fabricated the results but designed equipment to falsify the results. It did this to save money on the production of purportedly “clean” diesel engines. How many people died as a result? How many people bought VW cars believing they were Green? The behavior was not only illegal but earned VW a prominent place in the ninth circle of corporate irresponsibility.

As we pass through the ninth circle, we find other corporations languishing in their ethical filth:

As we emerge from the ninth circle, we reflect that justice for its inhabitants is imperfect. All of the companies took financial hits, and some did not survive. Yet others slither along and continue to thrive on their flawed business models. They should not be forgotten or forgiven. 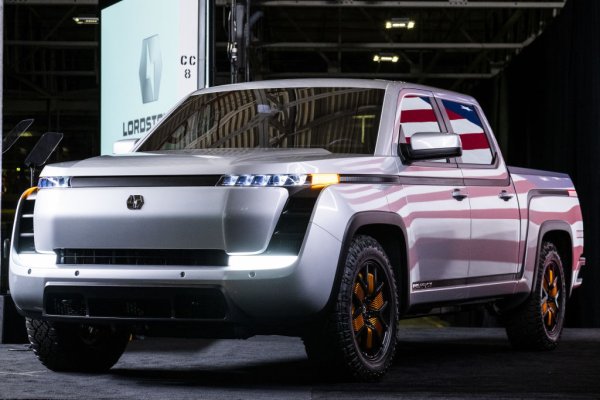