More than 141 millions Americans lived in areas with unhealthy air pollution levels in 2015 to 2017 — an increase over the previous two years, as ozone pollution worsened across much of the country, according to a new report released Wednesday.

The 2019 report found that more cities across the country experienced days of high ozone pollution, also known as smog, and short-term particle pollution, or soot, in 2015 to 2017, adding to “the evidence that a changing climate is making it harder to protect human health.” In some cities, year-round air pollution levels also increased.

Los Angeles continues to rank at the top of the list for worst ozone pollution, and other California cities — including Visalia, Bakersfield and the Fresno-Madera-Hanford region — top the lists for ozone, year-round particle pollution and short-term particle pollution, partially due to droughts and wildfires in the state.

But climate-change experts are concerned by the Trump Administration’s rollbacks to global warming regulations. Under President Trump, the Environmental Protection Agency has softened emissions rules for the auto and coal industries, threatening to worsen pollution levels.

“The ‘State of the Air’ 2019 report shows, again, that climate change makes it harder to protect human health. This year’s report shows the spike in high ozone days and in unhealthy particle pollution episodes driven by wildfires. While most of the nation has much cleaner air quality than even a decade ago, too many cities suffered increased ozone from the increased temperature and continued high particle pollution from wildfires driven by changing rain patterns,” the American Lung Association concluded in the report.

“As climate change continues, cleaning up these pollutants will become ever more challenging. Climate change poses many threats to human health, including worsened air quality and extreme weather events. The nation must work to reduce emissions that worsen climate.” 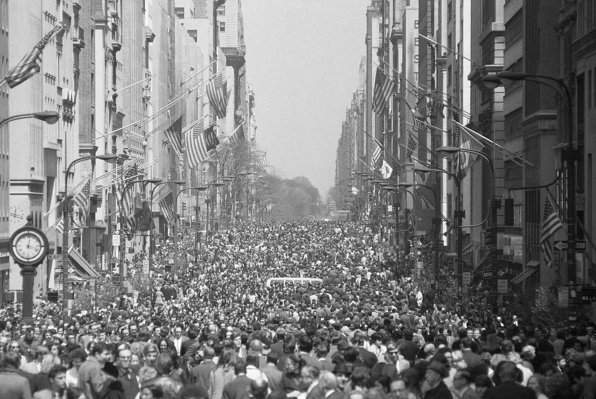 Meet ‘Mr. Earth Day,’ the Man Who Helped Organize the Annual Observance
Next Up: Editor's Pick