The VW logo is displayed on a Volkswagen e-Up electric car during a photocall by the Society Of Motor Manufacturers in Potters Field on February 23, 2017 in London, England. (Jack Taylor--Getty Images)
Jack Taylor—Getty Images
By Charlotte Alter

Excess air pollution caused by the Volkswagen emissions cheat is on track to cause health problems that could shorten 1,200 lives in Europe, according to a new study out of MIT.

In 2014, West Virginia University researchers found that some Volkswagen diesel cars were emitting more pollutants than expected, which led regulators to discover a defeat device installed in order to trick inspectors and defy emissions regulations. The company has admitted that 11 million vehicles carried the defeat device between 2008 and 2015, pleaded guilty to multiple criminal charges in the U.S., and set aside $20 billion to deal with costs of the scandal, including buying back and fixing the affected cars. Of the affected vehicles, about 2.6 million of them were sold in Germany.

But the problem may be bigger than fixing cars. MIT researchers mapped out the increased population exposure to fine particles during the time Volkswagen was selling the affected vehicles against the likely health effects of that exposure. They found that 1,200 lives would be shortened because of the increased air pollution caused by the cheat, resulting in 13,000 years of life lost and costing 1.9 billion euros in lost life-years. The European Environmental Agency (EEA) estimates that outdoor air pollution shortens 400,000 lives a year in Europe, and the researchers say that pollution exacerbates asthma, chronic obstructive pulmonary disease, and cardiovascular disease.

The MIT researchers estimate that the pollution could shave 10-20 years off of each shortened life. “This is based on analyzing health risk over age group, and how the extra air pollution affects that risk,” says study author Steven Barrett, director of the Laboratory for Aviation and the Environment at MIT.

Dan Carder, the West Virginia University researcher who led the team that first discovered the Volkswagen cheat, says that engineers and epidemiologists don’t tend to work closely on the health effects of increased pollution, but he’s gratified that his discovery could save lives. “It’s rewarding to be recognized for your contribution,” says Carder. “But it’s even more meaningful to see that things are happening that could in the future prevent premature deaths by lessening the effects of harmful emissions.”

Volkswagen is a German company, but roughly 60% of the shortened lifespans will occur outside Germany. Researchers estimate that 500 German lives will be shortened, while 660 early deaths will occur in neighboring Poland, France, the Czech Republic and other European countries. American lives are much less likely to be shortened because of the increased air pollution, because there were fewer affected vehicles in the U.S. and the population is spread out over a much larger area with different atmospheric conditions, according to the study. Still, they say that 60 American lives are likely to be shortened because of the increased pollution.

Volkswagen did not immediately respond to requests for comment. 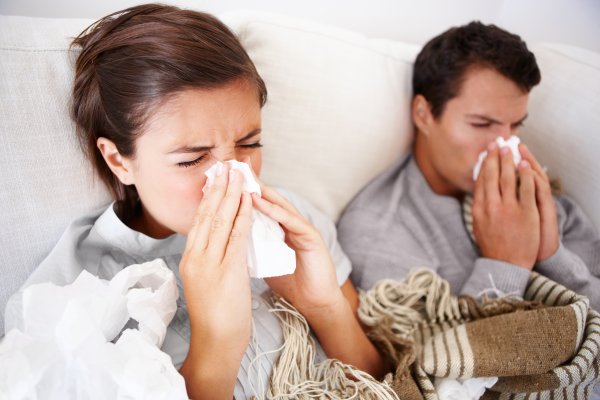 Why Men Are Much Worse at Being Sick Than Women
Next Up: Editor's Pick