Review: The Big Sick Treads the Minefield of Cross-Cultural Love, and of Just Being a Grown-up

The premise of The Big Sick sounds like something a writer might dream up as a way of freshening up tired romantic-comedy machinery: A young man and a young woman meet and fall in love. He’s from a fairly traditional Pakistani family; she’s a more or less average white American, a grad student with a divorce in her past. The romance founders, mostly because of cultural differences. Then the woman becomes seriously ill and is put into a medically induced coma—an event that forces the man to reckon seriously with what love and commitment really mean.

Anyone could certainly make that story up, but Kumail Nanjiani and Emily V. Gordon, writers of The Big Sick and a couple in real life, more or less lived it. The story is based on their real-life courtship, which eventually led to their marriage. (The couple recently celebrated their 10-year wedding anniversary.) The Big Sick, directed by Michael Showalter (Hello, My Name Is Doris) and starring Nanjiani and Zoe Kazan, wanders a little too aimlessly through its overlong runtime. And its depiction of the love story between the two leads, before that potentially deadly illness sets in, is perhaps too sugary-adorable. But The Big Sick succeeds in doing so many things that romantic comedies—to the extent that they’re even made anymore—have failed to do for years. It shows, believably, what life is like in the corners of a relationship, and examines the ways in which our families, unwittingly or otherwise, sometimes obstruct our path to happiness without really meaning to. It also suggests that the means by which we measure the “success” of a relationship sometimes have little to do with the nuts and bolts of real life. If falling in love is scary, sometimes staying in love is even scarier.

In The Big Sick, Nanjiani—of TV’s Silicon Valley—plays a version of himself, or, rather, the person he might have been about a decade ago. Kumail is a struggling standup comedian in Chicago, working as an Uber driver to make ends meet. (The story is set in the present day.) His Muslim family is presuming that he, like his older brother before him, will happily succumb to an arranged marriage. The family matriarch, Sharmeen, equal parts disapproving goddess and enveloping earth mother—she’s played, wonderfully, by Zenobia Shroff—is particularly adamant about the need for Kumail to find the right bride: One nice Muslim girl after another comes to the family door, and Kumail politely endures these visits, which are essentially auditions. Then he goes back to his own apartment and tries to live his own life, which has become complicated by a woman he’s met at one of his shows, Kazan’s Emily. The two start out, as so many couples do, making awkward chitchat before tumbling into bed. But they really like each other, and before long, they’ve settled into an easy familiarity that seems headed for permanence. Except Emily doesn’t know that Kumail hasn’t told his family about her. When she finds out that he’s been keeping her a secret from them, she breaks things off, heartbroken.

Then the real crisis hits: Emily becomes hospitalized with a serious illness, and through a strange confluence of events, Kumail is the one who has to give the doctors permission to put her in a medically induced coma. While Kumail watches over his “girlfriend in a coma”—the Smiths had no idea how prescient they were—he comes to realize he needs to take control of his own life, even though he must first win over Emily’s distraught and distrustful parents (played by Holly Hunter and Ray Romano).

The romantic love story here—one with a happy ending—is the big selling point of The Big Sick. Nanjiani makes a terrific, understated leading man. His character’s romantic befuddlement starts out as garden-variety manchild confusion, gradually transmuting into a soul-rattling—if often very funny—crisis. (Even if the movie contains too many woolly digressions, Nanjiani ably carries quite a few of them, particularly the earnest, boring, autobiographical one-man show Kumail mounts in addition to his regular comedy gigs. It’s inadvertently funnier than some of his stand-up routines, but Nanjiani also captures how heartfelt it is.)

Yet the movie’s real value may lie in its sympathetic view of the chasm between what parents want for their kids and what their kids want for themselves. The parade of prospective brides that Sharmeen marches before her son reaches a comical pitch—but there is one potential partner that Kumail might have considered, if fate hadn’t intervened. This young woman, Khadjia (Vella Lovell, of Crazy Ex-Girlfriend), is wise, grounded and funny, and in the movie’s most piercing scene, she pinpoints how Kumail’s cowardly indecisiveness isn’t just messing up his own life, but is causing pain for others. An arranged marriage isn’t the right choice for Kumail, but the movie doesn’t make the notion seem like just a backwards tradition, either. All romantic relationships require some sort of bargaining, and usually some melding of families. Khadjia, a minor character beautifully played, puts a human face to a religious and cultural belief that plenty of westerners find baffling. Kumail’s defiance of those beliefs comes with a price—but then, becoming a true grownup always costs something, a truth The Big Sick faces head-on. 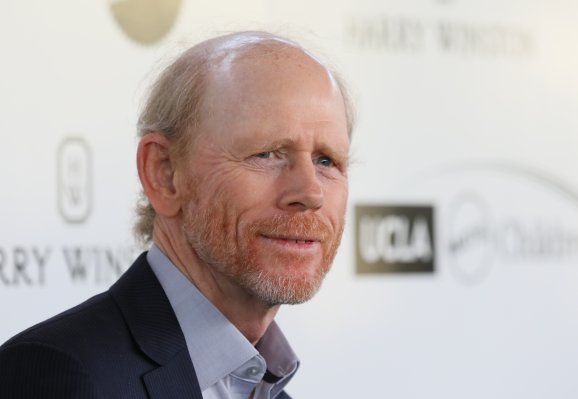 Ron Howard Is Taking Over As Director of the Han Solo Movie
Next Up: Editor's Pick