Nothing is off limits for TV in this age of overabundant content, but I still never thought I’d live to hear Punky Brewster crack bikini-wax jokes. Alas, it happens roughly five minutes into the pilot episode of Peacock’s Punky Brewster, a revival of the beloved mid-1980s kids’ show that hits the service on Feb. 25. Once a plucky orphan but now a grown-up photographer and newly single mom of three, Soleil Moon Frye’s Punky confesses to her lifelong best friend Cherie (Cherie Johnson, also reprising her original role) that before she’ll be ready to start dating, she needs to “get into shape, get a mani-pedi and tend to my personal garden.” The confession didn’t scandalize me so much as it made me wonder, not for the last time: who is this show for?

It’s a question I’ve often asked since the recycling center that is the Hollywood boardroom started bringing back the kid-oriented sitcoms of my ’80s and ’90s childhood. When Netflix revived Full House as Fuller House, I cringed at hokey gags like the one in which rebellious middle child Stephanie grows up to be a club DJ whose stage name DJ Tanner is lifted from the nickname of her older sister, Donna Jo “DJ” Tanner. I wasn’t particularly curious about my favorite fictional high school sweethearts, but now I know who stayed together (Cory and Topanga from Boy Meets World, Zack and Kelly from Saved by the Bell) since I was a tween, and who went their separate ways (Darlene and David from Roseanne, Jessie and Slater from SBTB). And the onslaught continues, as media giants try to lure nostalgic viewers to newly launched streaming services by reanimating every viable piece of intellectual property they own. Next month, Emilio Estevez will return to the ’90s Mighty Ducks franchise in a Disney+ series. Nickelodeon is at work on a terrifying CGI Rugrats makeover, due out sometime this year. A “serialized one-hour dramatic analogue” for The Fresh Prince of Bel-Air will join Punky and SBTB 2.0 on Peacock.

Even for an industry that never met a hit title it wasn’t ready to remake, revive, reimagine or reboot, this constant harkening back to the shows people in their 30s and 40s watched as kids feels egregious. These incoherent shows pair the familiar faces of former child actors—whose characters, like so many of their old fans, are now usually parents—with the mischievous children and aspirational teen characters those fans’ offspring love to see. But the writers’ attempts at entertaining multiple generations at once always seem to result in strange tonal juxtapositions (see: a new SBTB that wants to preserve the original’s innocence and parody it, too) or moments of dissonance like the one in which we learn the status of Punky Brewster’s bikini line. Constructed to appeal to everyone, this is television that satisfies no one. And it’s not fair to the elementary and middle schoolers of today, who deserve stories written to reflect their world.

As someone who watched so much of the show in early-’90s syndication that my own 7-year-old identity briefly blurred with that of Punky Brewster, it saddens me to report that the Peacock sequel represents just about everything that can possibly go wrong with this sort of project. The series opens with Punky bouncing into the living room of an updated version of the Chicago apartment she moved into as a pint-sized street kid, under the initially cranky but increasingly avuncular guardianship of the widowed septuagenarian photographer Henry Warnimont (played by the late George Gaynes, in one of TV’s great grouch-with-a-heart-of-gold performances). “Good morning, Henry!” the grown-up Punky greets a framed picture of her adoptive dad. She is wearing denim overalls with a bandanna around her waist and mismatched sneakers. These are all callbacks to the original series, and there are more of them scattered throughout the season. (Get ready to hear a 44-year-old woman exclaim: “Punky Power!”) None of this makes sense out of context—nor, despite a laugh track deployed so frequently I felt gaslighted, is any of it funny. It’s the televisual equivalent of that old friend who always reminds you of that time X or Y happened but never follows up with an explanation of why it’s suddenly on their mind again.

It isn’t just the nostalgia that grates early and often. The writing on the show is almost uniformly atrocious, with dialogue toggling between parental bromides (“I don’t know what I’m doing—it’s called parenting!”) and sub-Disney Channel silliness (“I’m kind of in a funk,” Punky admits to her eldest child, Hannah, in that opening scene. “I’m a funky Punky.” Cue laugh track.) The characters are types: Hannah (Lauren Lindsey Donzis) is the bratty but also cool and relatable teen. Of Punky’s two adopted sons, Diego (Noah Cottrell) is the taciturn guys’ guy and Daniel (Oliver De Los Santos) is the stylish, finicky mini perfectionist who’s experimenting with his gender expression (see also: Darlene and David’s son on the Roseanne revival that became The Conners). Freddie Prinze Jr., whom 30-somethings know as the heartthrob from a string of late-’90s teen movies, plays Punky’s musician ex, Travis—the Uncle Jesse of divorced dads.

The plots are even more contrived than what you’d find in the average family sitcom, past or present. Cherie’s job at Fenster Hall, the dreaded orphanage Punky was always breaking out of after she was abandoned by her mom, exists purely to put her in a position to meet her Gen Z equivalent, a street-smart little girl named Izzy (Quinn Copeland). In an episode so packed with sitcom tropes it could’ve been written by computer algorithm, Punky finds marijuana in Hannah’s room, then Travis and Izzy write a cute song about ice cream together (think: Uncle Jesse and late-period Michelle) and Travis starts to doubt the decision to get a divorce, while Punky goes on an awkward first date that ends in a coincidental encounter with Hannah and her date.

Still, it’s hard to blame the writers’ room for its failure to meet what might’ve been an impossible challenge. Financial motives aside—and unlike the best TV revivals, from The Comeback to Twin Peaks: The Return—there was no compelling reason to bring back this series. Revisiting the original almost 30 years after my youthful Punky obsession faded, I found a sweet but mediocre, often saccharine sitcom elevated by a cast (including Johnson and Susie Garrett, as Cherie’s grandmother and Henry’s foil) that brought an ideal mix of crankiness, poignance and moxie. It is most definitely a show of its time—one episode is built around a concert by the ’80s R&B group DeBarge, while another tied in with Nancy Reagan’s “Just Say No” anti-drug campaign. I can’t imagine baby boomer parents getting much out of it, and that’s fine. Not everything kids watch has to try equally hard to earn the affection of the adults in the room.

It’s telling, though, that the children’s and family programming adults actually do seem to end up enjoying tends to be more modern than nostalgic. I’m thinking of imaginative, experimental, radically empathetic cartoons like Adventure Time and Steven Universe; smart, socially aware teen dramas like Switched at Birth and The Fosters; and even gut renovations of classic family fare, like The Baby-Sitters Club, Party of Five and One Day at a Time, that center characters and themes that weren’t often represented on television three or four decades ago. As different as they are from what today’s adults watched when we got home from school, these shows do better than rehash our youth. They speak to what is happening in kids’ lives now and to everything timeless about childhood and adolescence. That’s more than you can say for a Punky who’s lost her power. 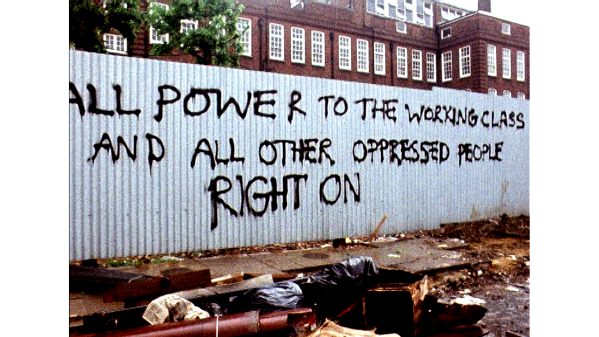 A Conversation with Filmmaker Adam Curtis on Power, Technology and How Ideas Get Into People's Heads
Next Up: Editor's Pick