A review of Fuller House defeats the purpose of Fuller House. Like a superhero sequel that exists only to set up the next film or like a ghostwritten celebrity memoir, its flaws are precisely what hardcore fans crave. That matters little as far as this one show goes: Anyone who thinks they wouldn’t be interested in Fuller House definitely wouldn’t be, and can go on about their lives. But the show’s existence is somewhat troubling for TV’s future.

The new Netflix series, dropping Friday, picks up the story of ABC’s family staple, which ran from 1987 to 1995. Back then, three single men (Bob Saget, John Stamos, and Dave Coulier) had teamed up to raise Saget’s three children (Candace Cameron, Jodie Sweetin, and, in a dual role, Mary-Kate and Ashley Olsen). It was a self-consciously saccharine show that derived its energy from the knowledge that there was always a sentimental lesson to be (re-)learned.

Fuller House nods to the present day, but only a little. Cameron, now married and a co-host of The View, is now credited as Candace Cameron Bure, and now she’s the one raising her kids as a single parent, with the help of Sweetin’s Stephanie and friend Kimmy Gibbler (Andrea Barber). Saget, Stamos, and Coulier are relegated to brief recurring guest spots. There are smartphones, as well as references to “binge-watching the Sharknado trilogy” and web-famous astrophysicist Neil deGrasse Tyson. And the Olsen twins are nowhere to be found, as (in life and within the show’s world) they’re too busy running their fashion empire. In the real world, this came out in the celebrity press; on the show, it is delivered directly to camera, in a manner that has the structure of a joke but no actual panache or wit. The laugh track (itself an anachronism, but one that’s fundamental to the show) howls.

This is the Full House way. The first show didn’t age well, but its rock-solid commitment to its own stupidity have made it impermeable to any doubts. When Macy Gray, guest-starring, serenades a dance-off that has come to include two dancers from Dancing With the Stars (on which the real Cameron Bure was a contestant), it’s dated, corny, and feels unrealistic even by the standards of the show’s own very elastic universe. It’s also kind of cute to see a show so dedicated to delivering only gratification for its audience at the expense of realism or focus on its characters. Full House‘s catchphrase, “How rude!,” has given way in Fuller House to “Holy chalupas!” It’s stupid, but why get mad? It’s trying to do nothing more than generate the sort of smile that kitsch always does.

The only false note—though not the only unrealistic moment or too-punny subjoke by any stretch—is the show’s attempt to get “real.” Stephanie Tanner, a character so stuck in the writers’ imagination as an uneducated child that at one point she refers to carrying a child “in my stomach” without apparent irony, is saddled with a traumatic history. It’s not worth spoiling, beyond the fact that neither the actors nor the show itself are up to dealing with any pain more lingering than a spat between siblings.

Which gets to the real problem with Fuller House. Even if the show itself is an inexpensive grab for nostalgic viewers (as Slate’s Willa Paskin suggests, possibly less expensive than licensing Full House reruns), it’s consuming resources that could have gone in any other direction, up to and including a contemporary family sitcom that manages to merge cute kid antics with fully-formed adult characters, as, say, ABC’s black-ish has done.

Fuller House has nothing more to offer than a look at what an old show’s actors and format look like in the present day. It’s an utter failure of ambition in exactly the same way as was Fox’s recent X-Files reboot, whose nods to the present day were mean-spirited characterizations of transgender people and Muslims as well as the show’s own new kids (a junior Mulder-Scully pairing played by Robbie Amell and Lauren Ambrose). In the absence of new ideas about paranoia and conspiracy theories—of the sort the 14 years the show has been off the year ought to have provided—the show had nothing to recommend itself but the joy of seeing Gillian Anderson and David Duchovny back together, grasping for a plot. That the miniseries ended with a cliffhanger makes perfect sense; it has no real notion of what furthering the show’s plot might mean, and is content to spin out the plot for perhaps another miniseries to at least make some more money.

Just as Netflix passed up the opportunity to make a family sitcom that might mean something, so is Fox repeatedly spurning the chance to actually make a drama that works at all. The X-Files was unwatchable for anyone who falls short of a devoted fan, and yet its ratings were good enough to make forthcoming revivals of 24 and Prison Break seem wise. It’s good for the bottom line, but it stands to reason that the nostalgic glow will eventually wear off (there are only so many times that old Mulder-and-Scully magic can grip the heart). By that time, an opportunity to develop a drama that actually has contemporary concerns in mind will have been lost.

Not that Netflix, or Fox, needs advice. Fox is currently the network behind Empire, the drama that, more than any other on network TV, seems completely in step with contemporary ideas and the social-media-fueled viewing experience. Netflix has Love, among my favorite new series in the past year, along with stalwarts like House of Cards which are defiantly themselves. But nostalgia, as anyone who’s lost an afternoon with a yearbook or deep in Facebook, is a potent drug, and one best taken in extreme moderation. The success of Fuller House at capturing the precise spirit of its parent series is nothing to celebrate if it means more revivals of things that worked once and fewer big, risky attempts at making things that work now. 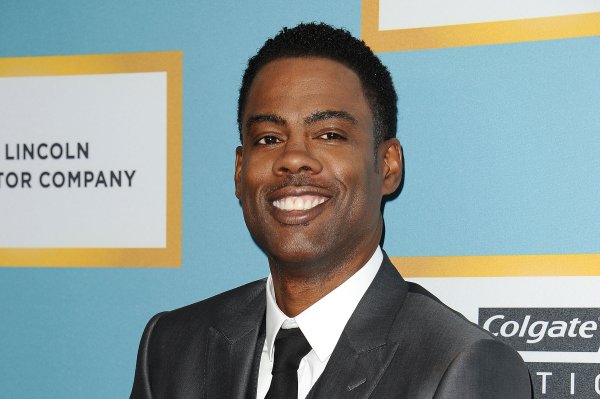