Why Full House Matters for Fathers, Then and Now

Full House.
ABC/Getty Images
Ideas
By Josh Levs
Josh Levs is the author of All in: How Our Work-First Culture Fails Dads, Families, and Businesses–And How We Can Fix It Together.

Nostalgia for Full House is through the roof this week as the sequel Fuller House hits Netflix. But the sitcom, which originally aired from 1987 to 1995, wasn’t just about sticky-sweet solutions and adorable kids. It mattered for parenthood.

The three father figures, particularly Danny Tanner, occupied a unique role in the pop culture universe and left an impact on dads like me.

TV history is littered with bad dads. Childlike, clueless, incapable fathers have been the norm in commercials and sitcoms. See Homer Simpson, Al Bundy and every commercial showing a dad who can’t handle diapers.

These stereotypes cause problems in the real world. People in power—in both government and corporations—often believe that dads are less active and capable as parents, and their laws and policies show it. Men who take time off or seek flexible schedules for caregiving are sometimes fired or demoted for breaking from the old macho norm.

It’s a view of gender that we were indoctrinated into at an early age. Despite listening to “Free to Be You and Me,” about how men and women are equally capable of parenting, my generation still generally followed the traditional divide when it came to babysitting. Girls cared for babies, and boys didn’t. (When we babysat at all, it was for older kids, not infants.)

After my wife and I had our first child, there were times when she knew things from real life experience that I didn’t. When our son was crying one day, she said to me: “I think he’s teething. It hurts.”

“Oh yeah,” I said. “I remember when that happened with Michelle Tanner on Full House.” That was my first reaction.

Danny Tanner was a loving, caring TV dad. He represented something important, as did the show’s two uncles, Jesse and Joey. They showed that caregiving is manly. That dads are equally capable.

I had the chance to discuss this with Bob Saget, who plays Danny Tanner and who is now a friend, at an event for his book Dirty Daddy in 2014. I told him that I thought his portrayal of Tanner showed that “a great dad is a loving dad who puts his kids first. That’s strength. That’s male strength.”

“That’s the reason I wanted to play him in the first place,” Saget said. “I’m the one who told the producers: ‘Let’s make him like Felix Unger; let’s make him a neat freak.’ So I’m all dust-bustering, I’ve got plastic gloves and a bucket going ‘Oh no, what have I done?’ And I’m the one who said: ‘He should hug a lot.’ I hug a lot. I brought hugging to my family. He should hug everybody.”

Saget says the thing he’s most proud of about the character is when people tell him: “You were the dad I didn’t have.”

These days the portrayals of fathers in TV shows and commercials are improving overall, such as in the “Dadvertising” of Super Bowl 2015. Producer Jason Katims created three-dimensional men in Friday Night Lights and Parenthood. The title character Castle is another positive example. But there’s still a way to go.

Amid the Full House nostalgia, here’s hoping Madison Avenue takes note. Want to create an iconic character that sticks? Avoid stereotypes and tired tropes. Take a fuller look at what today’s families are really like. 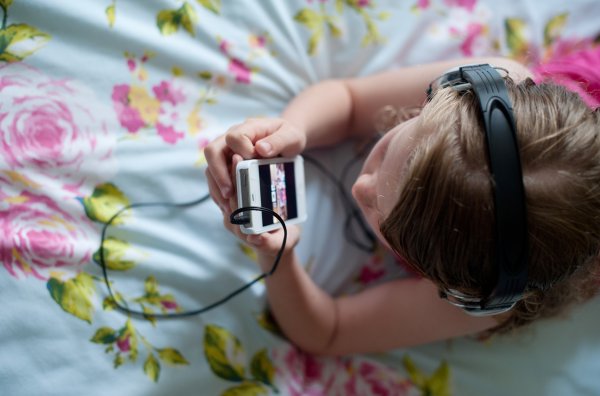 How to Teach Your Kid to Watch Video Critically
Next Up: Editor's Pick