A protester holds a placard that says Fake News Is The Real Virus during a demonstration on May 9, 2020, in California.
Photo by Stanton Sharpe/SOPA Images/LightRocket via Getty Images
By Jasmine Aguilera

After an unprecedented year of global pain, loss and uncertainty, a new report finds that 2020 marked “an epidemic of misinformation and widespread mistrust of societal institutions and leaders around the world.”

The 2021 Edelman Trust Barometer, a study published annually by global communications firm Edelman, unveiled its findings on Wednesday after conducting more than 33,000 online surveys in 28 countries between October and November 2020. The firm found that public trust had eroded even further in social institutions—which Edelman defines as government, business, non-governmental organizations (NGOs) and media—from 2019 due to the COVID-19 pandemic, global outcry against racial injustice and growing mistrust of what political leaders say and journalists report.

According to Edelman, the results revealed “a new era of information bankruptcy and a trust ecosystem unable to confront it.” It further showed that most people now rely mostly on their employers for accurate information, and trust businesses over government and media. In the U.S., trust in journalists further split among party lines in 2020.

The real-world ramifications of decreasing trust in these institutions mean that only 1 in 3 people are “ready to take the [COVID-19] vaccine as soon as possible,” and in the U.S., 57% of Americans believe the country is in the midst of a cold civil war, according to the study.

“The urgent issues confronting society require a knowledgeable public able to make choices based on unbiased information—not fear, compulsion or conspiracy theories,” said CEO Richard Edelman in an essay published alongside the report. “Every institution must play its part in restoring facts to their rightful place at the center of public discourse as the essential step to emerging from information bankruptcy.”

Trust in government diminishes after COVID-19

In the first half of 2020, government gained considerable trust from the public and was deemed the most fit institution to handle the COVID-19 pandemic, according to the study.

After conducting initial research in April, the firm later found that by May 2020, people’s trust in government waned. The world’s two largest economies, China and the U.S., saw significant drops in trust from their own citizens. From May 2020 to January 2021, the Chinese government saw a drop of 18 points. The U.S. government, which already had low trust from citizens to start, saw an additional drop of five points between May 2020 and January 2021.

The 2021 Edelman Trust Barometer found that trust in government globally declined by 2021 due to handling of the COVID-19 pandemic.
Edelman

Richard Edelman pinned this erosion in trust on China’s use of censorship during the COVID-19 pandemic in his essay. He also cited officials in the U.S., Brazil and Mexico touting “miraculous cures” that were discredited while simultaneously diminishing the importance of mask wearing and social distancing in favor of reopening economies. Richard Edelman added that, “trust in the U.S. no doubt suffered a body blow,” after rioters stormed the U.S. Capitol at the behest of President Trump on Jan. 6.

As trust in government diminished, trust in business saw an increase of two points. According to Edelman, business is now trusted more than government in 18 of the countries surveyed. It also found that business was the only institution to be considered both competent and ethical, which Edelman credits to rapid vaccine distribution and the pivot to new ways of working. (The study found that the public considers NGOs to be ethical, but less competent, and both government and media to be unethical and less competent). In addition, 76% of respondents said they place higher reliance and trust in their employers.

Overall, the study concludes that society’s pivotal institutions must act decisively to restore public trust. “Particularly in times of turbulence and volatility, trust is what holds society together and where growth rebuilds and rebounds. Every institution must play its part in restoring society and emerging from information bankruptcy.” 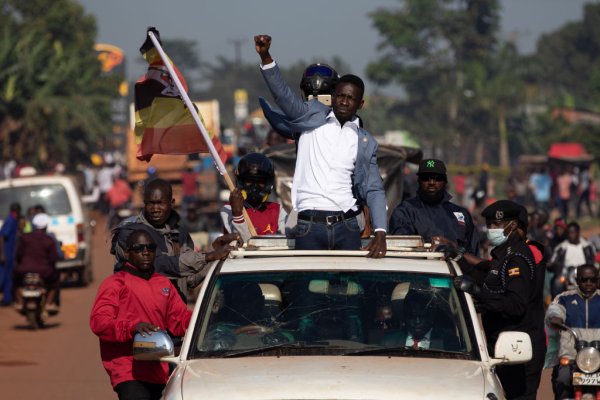