'An Eternal Hero.' Whistleblower Doctor Who Sounded Alarm on Coronavirus Dies in China

This image from video shows a selfie of Dr. Li Wenliang.
AP
By Hillary Leung

At the end of December, several weeks into a mysterious disease outbreak that was only starting to gain attention, an ophthalmologist in China’s central city of Wuhan sounded a stark warning.

“A new coronavirus infection has been confirmed and its type is being identified. Inform all family and relatives to be on guard,” Li Wenliang typed into a chat group with his former medical school classmates on Dec. 30, according to Caixin, a Beijing-based media group. Soon, Li’s message would resonate much farther. As the spiraling crisis emerged, he came to be known as the whistleblower of a virus that ultimately took his life.

Not everyone appreciated Li’s bombshell warnings. After he shared information about the strange infections he was seeing, he was reprimanded by local authorities for “making untrue comments” and “severely disturbing social order.” His messages about a SARS-like infection conveyed an urgency that undercut the official efforts to downplay the epidemic and its risk to the public. At the time, Wuhan’s health bureau said there was no evidence of spread between humans.

And yet Li was not dissuaded. He shared his ordeal online and carried out interviews with journalists through text message, conveying a picture of incompetence and mishandling of the virus at the crucial, initial stage of the outbreak. His insistence on speaking out defied a political system that does not tolerate dissent.

The infection turned out not to be SARS, but 2019-nCov—a coronavirus in the same deadly family. And in January, Li himself succumbed. He was reportedly diagnosed with the coronavirus after treating an infected glaucoma patient.

The disease has now radiated throughout China and beyond, causing a total of 31,388 infections globally, according to Johns Hopkins University’s virus tracker. At least 636 people within China have died, including now, Li himself.

His condition deteriorated and he was pulled off life support in the early hours of Friday, according to the hospital where he worked.

One doctor in Li’s chat group said they had always known him to have good judgment, according to one local media outlet. Many started stocking up on surgical masks and wearing other protective gear at work because of his warning. “He really saved a lot of people,” the doctor said.

On Weibo, netizens grieved Li’s death and hailed him as a martyr for China’s fight against the coronavirus. “An eternal hero,” one user commented. Another said, “He was so young, this shouldn’t have happened.”

The hashtag “#LiWenliangHasPassedAway” was the number one trending topic on China’s Twitter-like platform Weibo, with 10 billion mentions by around noon local time.

The mayor of Wuhan later admitted to mishandling the crisis, and not releasing information quickly enough. On Jan. 28, roughly two months into the outbreak, China’s top court rebuked Wuhan police for punishing eight people, including Li, for “spreading rumors.” The attention made Li into a household name.

Online, on China’s tightly controlled social media platforms, many users openly praised Li and said he did the right thing.

But even as his battle to inform the public seemingly succeeded, Li’s battle with the disease took a turn for the worse. On his Weibo page, Li said he was hospitalized on Jan. 12 after experiencing coughing and fever. He was later moved to the intensive care unit. On Feb. 1, he shared the results of his test on Weibo: “Today my test has come back positive, the dust has settled, I have finally been diagnosed.” It was his last post.

Most of the messages expressed sorrow at his passing, but some struck a tone of anger toward the way the doctor had been treated.

“The police that reprimanded Dr. Li and said he was making up rumors… will they apologize to him now?” one user said.

Before the coronavirus outbreak, Li was relatively unknown even within his hospital, according to local media reports. Wu Yan, another doctor from the same department, said he hadn’t heard of Li before news broke about authorities censoring discussion of the virus.

“All I know is that he spoke the truth,” Wu said, “and said things many people wouldn’t dare to.” 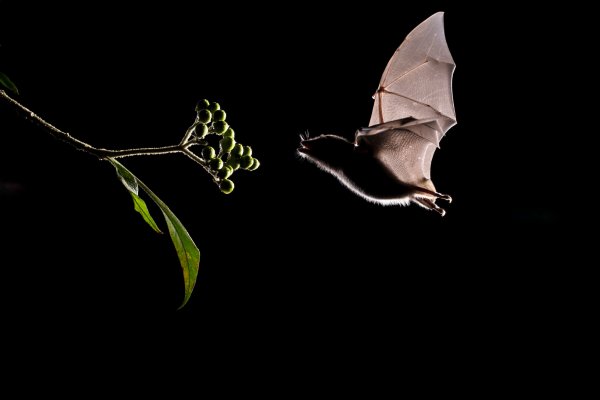 The Wuhan Coronavirus, Climate Change, and Future Epidemics
Next Up: Editor's Pick