2020 Ends as One of America's Most Violent Years in Decades

Across the U.S., this year has taken a heavy toll. The coronavirus has upended daily life and resulted in the deaths of over 300,000 people; 2020 is on track to be the “deadliest year in U.S. history,” according to The Associated Press, with a projected rise of 15% in total deaths from 2019. The pandemic’s economic impact has left hundreds of thousands of people out of work, struggling to provide for themselves and their families. Other stresses and pressures related to lockdowns and prolonged periods of isolation have also carried significant burdens.

And for many, COVID-19 hasn’t been the only life-altering hurdle to face.

This year, many Americans have experienced significantly higher levels of violence both wrought on and within their communities. Gun violence and gun crime has, in particular, risen drastically, with over 19,000 people killed in shootings and firearm-related incidents in 2020. That’s the highest death toll in over 20 years, according to data from the Gun Violence Archive (GVA), an online site that collects gun violence data, and the Britannia Group’s non-partisan site procon.org.

This total includes victims of homicides and unintentional deaths but does not include gun suicides. And despite there being no “large-scale” shootings in 2020, the number of mass shootings—which are classified as an incident in which four or more people are shot and injured or killed—has actually risen, drastically, to over 600, the most in the past 5 years and a nearly 50% increase in 2019’s total.

Much of this violence has most significantly impacted poor Black and brown communities, exacerbating disparities already apparent in historical patterns. (Within inner-city minority communities that deal with high levels of gun violence, it’s not uncommon for there to be multiple shooting victims at one particular incident.) According to Everytown for Gun Safety, a non-profit organization that advocates for stricter gun laws, Black Americans make up 68% of homicide victims in larger cities, many of them victims of gun violence.

Read more: This Country Has Been Bathed in Violence.’ Sen. Chris Murphy on the Torturous Cycle of Gun Crime in America

According to a report from the NCCCJ, homicides increased by 36% across 28 major U.S. cities—including Los Angeles, Atlanta, Detroit and Philadelphia—between June and October 2020, when compared to the same time period last year. Per the GVA, 2020’s total gun homicides had, by the end of October, already exceeded that of the past four years. Many commentators have pointed to an uptick in violence apparent since May, following widespread protesting and unrest following the killing of George Floyd by a Minneapolis police officer, but experts make it clear the upward trend was apparent from the beginning of the year.

According to Patrick Sharkey, professor of sociology and public affairs at Princeton, 75 of the 100 largest cities in the country saw an increase in fatal shootings in the first quarter of 2020. “All the sources of data tell us that, right from the start of 2020, it’s been a year with very high violence,” Sharkey tells TIME. “There has been a real increase since May, but there was change going on before that.”

In Chicago, 3,237 shooting incidents have occurred as of Dec. 27, an increase of over 50% from the 2,120 incidents reported in the same time frame in 2019. The city also saw a 55% increase in homicides. New York City has had 1,824 shooting victims this year as of Dec. 20, compared to 896 in the same time period last year, and a 39% increase in homicides year on year—the New York Times reporting that 2020 has been the city’s deadliest in “nearly a decade.” (Local news reports out of Philadelphia and Charlotte, N.C., meanwhile, confirm that the cities have each seen the most homicides this year since the 1990s.)

In Minneapolis, where Floyd was killed, there has been a 77% increase in murders.

“I think the best way to describe what’s happened in terms of violent crime is [as] sort of a perfect storm,” Abt says. Social distancing guidelines and stay-at-home orders implemented to curb the spread of coronavirus have curtailed the work of violence interrupters and gun violence prevention activists in many inner-city neighborhoods, for example, and limited the potential for mental health outreach, social programs and conflict de-escalation initiatives.

But experts also cite systemic issues long apparent in disenfranchised communities—a lack of opportunities, access to suitable education, food and healthcare—as causative factors, as well as widespread perceptions that police departments have stepped back from their responsibilities in response to this year’s racial justice protests.

Read more: Racial Tensions in the U.S. Are Helping to Fuel a Rise in Black Gun Ownership

2020 has also been a record-breaking year when it comes to Americans buying firearms. And there is fear amongst activists and experts that this violence will continue in 2021 unless evidence-based, community-led initiatives that can quell the problems are enacted. Sustained financial investment within communities that face daily gun violence is seen by many as the most necessary first step. 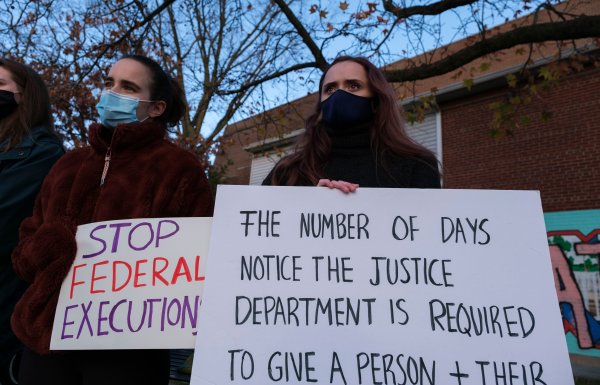