The Best Broadway Shows You Can Stream at Home Right Now

Though Broadway theaters are shuttered through at least May of next year due to COVID-19, there are still options to get your theater fix. And they don’t involve going anywhere or being around people (unless they already happen to be in your home).

While the filmed version of Hamilton made a splash on Disney+ over the summer, it’s just one of many Broadway musicals and plays available on streaming services, from buzzy box office phenomena to poignant and personal plays. Recording filmed productions is a practice that’s becoming more popular—so much so that a new musical about Princess Diana, forced by the pandemic to shutter before it officially opened, will premiere on Netflix before its postponed opening on Broadway next year.

Many of these shows—and we mean the ones that bring the Broadway production into your home, as opposed to movie adaptations which are an art form all their own—are available on traditional streamers like Netflix and premium cable channels like HBO. For the true Broadway fans out there, it might be worth mulling a subscription to BroadwayHD, a streaming service that boasts a catalog of classics. We rounded up some of the best plays and musicals available to stream from home right now.

What the Constitution Means to Me

When she was a teenager, playwright and actor Heidi Schreck debated the U.S. Constitution in competitions across the country. She revisits her 15-year-old self and her relationship with the founding document in her innovative play, which was a finalist for the 2019 Pulitzer Prize. Her performance is bruising and breathless as she grapples with the Constitution’s failure to protect several generations of women in her family, and women in society at large.

Directed by Spike Lee, this recorded version of David Byrne’s hit theatrical concert is an urgent celebration of the power of connection. Twelve musicians and dancers, including Byrne, perform a variety of Talking Heads songs (among others), culminating in an intense meditation on music and art. “What do I think this show is about?” Byrne writes in a note on the Broadway production’s official website. “I won’t say—that’s like putting the nose on the clown—but I will say the title is not ironic.”

In 2016, a ticket to the Richard Rodgers theater was a highly coveted invitation to the buzziest show of the season. The winner of 11 Tony Awards, Hamilton is a musical of epic scope, following the life of Alexander Hamilton, alongside the many founding fathers and overlooked women who shaped the United States. The filmed production features the original cast, including composer Lin-Manuel Miranda in the titular role, and is edited together from multiple recordings, both in live 2016 Broadway performances and some closed-set scenes.

A baker and his wife are willing to do just about anything to lift the curse that’s made them infertile—leading them on a dangerous quest into the woods with a strange list of to-dos. They’ve bargained with a witch who claims she can reverse the curse, but in exchange they’ll need to fetch her a cow, a cape, some slippers and elusive magic beans. Along the way, they meet Cinderella, Little Red Riding Hood and more familiar characters. Filled with Stephen Sondheim’s witty and densely packed lyrics, the 1991 filmed version of Into the Woods features Bernadette Peters as the mischievous witch.

Inspired by the 1992 Disney movie, which was in turn inspired by the Newsboy Strike of 1899, Newsies centers on charismatic newsboy Jack Kelly, who’s got big dreams and a rebellious spirit. When two publishing giants try to raise distribution prices at the newsboys’ expense, Jack and his fellow newsies do everything in their power to stop them. The filmed version was staged in Los Angeles and reunited nine original members of the Broadway cast, with Jeremy Jordan reprising his Tony-nominated performance as Jack Kelly. While the original movie was a box office and critical disappointment, the musical earned eight Tony nominations and won two.

Gil Faizon and George St. Geegland are grumpy old men living on the Upper West Side of Manhattan in a rent-controlled apartment. They’re inseparable, always annoyed, love tuna and have gross things to say about what it’s like to live in New York City. John Mulaney and Nick Kroll star as the crotchety geriatrics in a play that’s every bit as absurd as you’d think (but in the best, most specific kind of funny way). The production that was recorded for Netflix features special guest star Steve Martin.

This fun and family-friendly theatrical adaptation of the 2001 animated movie stars Brian d’Arcy James as the misunderstood ogre who loves to belch and falls unexpectedly in love with the princess he’s meant to rescue. The musical isn’t perfect—it’s much more convincing as a comedy than a romance—but Sutton Foster soars as Princess Fiona, particularly in her show stopping number “Morning Person.”

When it opened on Broadway, Bruce Springsteen’s deeply personal one-man show was originally just an eight-week-long engagement. But the show was so popular it ran for 14 months—and Springsteen performed it in front of a sold-out crowd nearly every night. The production features Springsteen at his finest: an artist willing to bare it all as he shares both his music and the stories behind it. The version available to stream, which was filmed over two performances in July 2018, captures the intimacy that made the show such a success.

Mike Birbiglia: The New One

Director and comedian Mike Birbiglia shares his reluctant journey to fatherhood in a searing stand-up special that is just as emotional as it is funny. “I’ve lost a lot of great friends to kids. Because it really is like a disease in some ways,” Birbiglia laments. “But it’s worse than a disease ‘cause they want you to have it, too.” In The New One, he recounts conversations he had with his wife about having children, and the way their lives changed after their daughter arrived. The heartfelt and humorous observations he makes about their changing world coalesce into a poignant portrait of modern-day parenthood.

Falsettos centers on the life of a gay man after he comes out to his wife and son. Together, they navigate amusing and complex challenges, alongside their lesbian neighbors, their psychiatrist and the man’s lover. Set against the backdrop of the AIDS crisis, it’s a heartbreaking look at an unconventional family unit. The 2016 Broadway revival of the 1992 musical starred some of the industry’s most celebrated performers (all of whom were nominated for Tonys for their roles): Christian Borle, Stephanie J. Block, Andrew Rannells and Brandon Uranowitz.

A delightful and understated musical, She Loves Me is the story of two perfume shop employees in 1930s Budapest who can’t stand each other. They both participate in an anonymous pen pal program in search of a romantic partner, and are unaware that they’ve been paired up. It’s a classic romantic comedy premise—and one that never gets old. The 2016 Broadway revival is a gem: there’s the intricately designed dollhouse-like set, Jane Krakowski does a jaw-dropping split in the middle of a dance number and Laura Benanti hits an impressively high note while singing about vanilla ice cream. 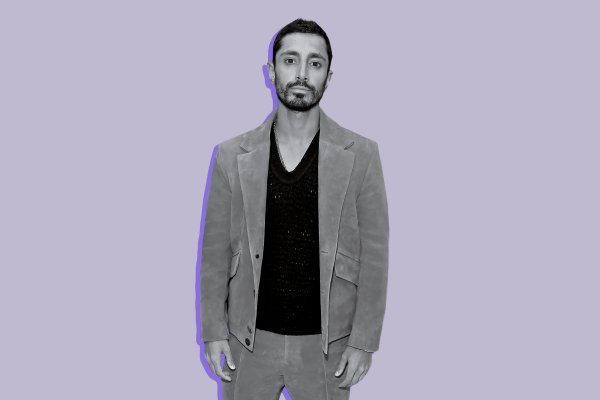 Riz Ahmed Looks Back on 2020
Next Up: Editor's Pick