In a Culture War Over the Military, Bruce Springsteen Stands Alone

Some musicians make songs praising troops, like Toby Keith (“American Soldier”) and Kid Rock (“Warrior”). Others rail against war, like M.I.A. (“P.O.W.A.”) and Neil Young (“Let’s Impeach the President”). Then there’s Bruce Springsteen, who does both.

In a career spanning five decades, Springsteen has lent a credible voice to many activist causes, decrying poverty, racism and corporate greed. But one topic that he consistently and passionately comes back to is the soldier returning from war. At the peak of his popularity, Springsteen was a major player in the rehabilitation of the movement for Vietnam veterans and helped to normalize the struggles of PTSD; he still raises millions for veterans’ causes and has formed personal bonds with many vets. His new album Western Stars, out June 14, may be a departure musically, with lush orchestrations evoking the era of Jimmy Webb and “Wichita Lineman.” But the vets are in there. In “Tucson Train,” he sings, “We fought hard over nothing/ We fought till nothing remained/ I’ve carried that nothing for a long time/ Now I carry my operator’s license and spend my days just running this crane.”

Springsteen might not be as central to the cultural conversation now as he was when he released “Born in the U.S.A.,” a scathing condemnation of America’s treatment of its fighters, in 1984. But he still possesses an outsize influence in music–if four consecutive No. 1 studio albums and a sold-out Broadway show are any indication–and his reach spreads across a divided country. In truth, he was among the artists who warned of the divide, in deeply felt songs of perseverance and struggle set in communities being left behind. That includes veterans, whose service has become another fault line in our fractured era. While public conversation about the military–whether about kneeling in protest or a jumbo parade–tends to devolve into feverish political debate, Springsteen has become a singular and powerful voice singing for the individual vets themselves.

The Boss was never a soldier. Drafted during the Vietnam War, he tried his hardest to get out of serving, including pretending he was on LSD. But the violence and loss of war still figured in his life: His father served in World War II and came back with bouts of depression and paranoia. And when Bart Haynes, the drummer in his first band, and Walter Cichon, a New Jersey rocker he idolized, both died while in Vietnam, Springsteen was filled with guilt for years to come. He said as much during his one-man show Springsteen on Broadway last year: “I do sometimes wonder who went in my place–because somebody did.”

Springsteen began actively addressing veterans’ issues in the late ’70s after meeting and befriending Ron Kovic, who had written Born on the Fourth of July, a harrowing account of his time in Vietnam. At the time, veterans were being thanked for their service, but little else. Many suffered from PTSD, poor health and slim job prospects. And an organization that attempted to support them, the Vietnam Veterans of America, was “hundreds of thousands of dollars in debt” at the time, according to its co-founder Bobby Muller.

But in 1981, Springsteen staged a benefit concert in Los Angeles, bringing veterans like Muller onstage and arguing passionately for the community. The concert provoked a swell of interest, and the organization was able to expand and fight for medical services and government recognition. “Without Bruce, we would have folded,” Muller says now. “We would never have had a coherent Vietnam movement in this country.”

Springsteen’s activism made its way into his music. The B side of “Born in the U.S.A.” was “Shut Out the Light,” which depicted a soldier racked by PTSD and insomnia. Former Secretary of State John Kerry, who was also an early member of the Vietnam Veterans of America, tells TIME in an email that Springsteen’s songs were transformative for a nation that was attempting to sweep its trauma under the rug. “His lyrics and ballads spoke to what so many veterans were feeling: it was as if he’d worn the uniform himself,” Kerry says. “He was telling the raw story of the real experience, not the one being sold by politicians.”

As the U.S. continued to send soldiers into foreign conflicts, Springsteen continued to tell the stories of those coming home. After the Gulf War, he penned “Souls of the Departed,” about the sleepless guilt of “young Lieutenant Jimmy Bly.” At the height of the Iraq War in 2007, he released “Gypsy Biker,” singing of the “speculators” who “made their money on the blood you shed.” Ten years later, for the Iraq-veteran movie Thank You for Your Service, he made a dirge from a marching cadence: “Some say freedom is free, but I tend to disagree/ I say freedom is won through the blood of someone’s son.”

He has headlined the annual benefit show Stand Up for Heroes for 12 of the past 13 years, helping the Bob Woodruff Foundation raise more than $40 million for veterans’ causes. And his openness about his bouts of depression has encouraged others to confront their own struggles.

Over the past decade, any statement about the military has become something akin to a litmus test for patriotism. When Michael Moore criticized snipers following the 2014 film American Sniper, Sarah Palin responded by accusing “Hollywood leftists” of “spitting on the graves of freedom fighters who allow you to do what you do.” Colin Kaepernick felt similar blowback when he kneeled in protest of racial injustice, as many fans have come to equate the national anthem exclusively with the military. And Donald Trump has embraced an unabashedly jingoist view of the armed forces. When his plans to throw a massive Veterans Day parade fell through last year, he blamed its cancellation on political decay in Washington.

Mainstream musicians have mostly taken the safe route, performing at concerts like Salute the Troops and VetsAid in which they play hits and maybe wave an American flag. But Springsteen has refused to back away from the tensions in a contentious subject, even if it means risking his popularity. At the 2014 Concert for Valor, he chose Creedence Clearwater Revival’s “Fortunate Son”–a song that excoriates the country’s inequality–and was quickly blasted by conservative outlets, who called his choice antimilitary and anti-American.

Springsteen’s reply is that of many veterans: pro-troop vs. antiwar is a false dichotomy. In Springsteen on Broadway last year, he reiterated the defiance that actually propels “Born in the U.S.A.”: “It’s a protest song, a GI blues,” he said.

And on Western Stars, his 19th studio album, war, trauma and recovery hover behind many melodies. He sings of World War II veterans taking out GI loans, soldiers turned crane operators, and men with steel rods in their legs. These characters are part of an America in which war is not an abstract partisan issue but an eternal fact baked into generations of everyday life. And as long as troops continue to leave the country and return dejected, they can find a salve in Springsteen’s music, just as Ron Kovic did four decades ago. “It was a small act,” Kovic says of being recognized in concert by Springsteen in 1978. “But in a way, it was the beginning of my coming home.” 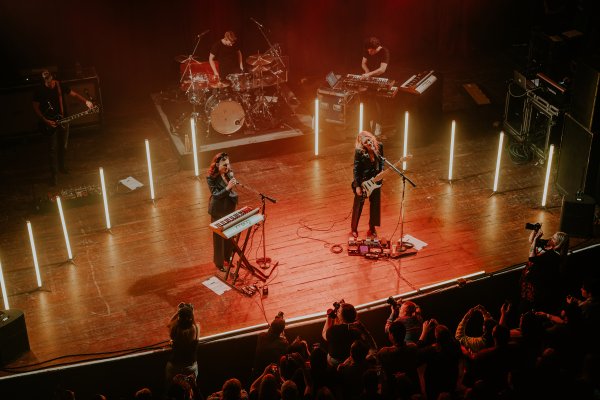