The 10 Best Theater Performances of 2019

Don’t turn to the theater for escapism this year. On the New York stage, theater artists tackled many of America’s most painful, persistent wounds: income inequality, racism and the lasting trauma of slavery, civil disobedience, the aftermath of the AIDS crisis. Not to mention a comedy about the gaping flaws in the country’s foundational document, the Constitution. It was a thought-provoking, compelling year, a civics lesson for the ages, embraced by audiences hungry to engage in the most pressing issues of our time.

Other than 90-minute plays with no intermission, the staged concert is one of Broadway’s best recent inventions. Bruce Springsteen set a high bar with his introspective 2017 show, but David Byrne meets that standard with his entertaining American Utopia. Byrne, both artistic genius and working artist, fully embraces his thoughtful geekiness, which shines through in every aspect of this show. Wry commentary punctuates all your favorite Talking Heads songs, performed by a killer 12-piece band.

The Sound Inside is meticulously crafted to appeal to lovers of literature, a savvy tactic to seduce theatergoers who pay to wallow in the spoken word. Mary-Louise Parker plays a Yale creative-writing professor, whose main love in life is her collection of books. (“I’m a whore for first editions,” her character confesses.) The engrossing, layered plot simmers with tension, misdirection and advice for writers—a cliché like “simmers with tension” would never fly in Professor Parker’s class. Parker is doing the kind of stripped-down work that Hollywood loves, but she transcends stereotypes by simply inhabiting the role.

This year, a lot of people expressed strong positive feelings about Keanu Reeves. I feel the same way about fellow Gen X icon Ethan Hawke—particularly after his mad, manic performance in this kinetic revival of Sam Shepard’s True West. (Cool desert set.) Paul Dano, as the “good” brother, hits his stride as the volume turns up to 11 and chaos ensues.

French actor Isabelle Huppert gives a delightfully unhinged performance as a pill-popping mother obsessed with her son and contemptuous of her husband (Chris Noth).

It sounds overwhelming: a Japanese-language version of Sophocles’ nearly 2,500-year-old play, invoking elements of Noh theater and Buddhist philosophy, performed entirely in a pool of water. Yet it was spellbinding and probably the best concert I attended this year, thanks to mesmerizing accompaniment provided by world-class percussionists.

5. What the Constitution Means to Me

The Constitution! It’s so funny! Heidi Schreck wrote and starred in What the Constitution Means to Me, which was a finalist for the 2019 Pulitzer Prize for Drama. Schreck is a wonderful comedic actor, and her timely explanation of the intent, flaws and meaning of the Constitution arrived on Broadway at the moment in our nation’s history when we needed it most.

It’s hard to believe that work on this musical began more than a decade ago, since one of its most memorable songs is about a wall and whom it keeps out. An intertwined retelling of two Greek myths, Hadestown ran the table at the 2019 Tony Awards with 14 nominations; it ultimately won eight, including best musical, best original score, and best featured actor in a musical for standout star André De Shields. It also won a Tony for its steampunk scenic design of a most stylish Hades. But it’s this show’s prescience that will stick with you, as summed up in its lyrics: “We build the wall to keep us free … The wall keeps out the enemy … The enemy is poverty.”

Yes, even in the days of a pussy-grabbing President, it is still possible to shock a Broadway audience. Jeremy O. Harris’ Slave Play is a provocative exploration of sex, race, relationships, plus a very funny send-up of academic pretension. Expertly engineered to generate discomfort in the audience, its impact and images linger for days.

Epic in ambition and scale, this flawed masterpiece about the lives of an intersecting group of gay men in New York City is too long and, at times, too talky. Yet there are so many moments of transcendence, particularly the end of the play’s first part, where the accumulated power of Matthew Lopez’s haunting, heartbreaking story left much of the audience weeping softly.

The Lehman Trilogy is an electric commentary on the American Dream gone spectacularly awry. The story chronicles the rise and fall of the onetime Wall Street powerhouse Lehman Brothers, covering nearly two centuries of bristling ambition, greed, economic history and internecine family warfare. Despite that vast scope, only three stellar actors seamlessly portray all of the play’s dozens of characters, a remarkable accomplishment of both skill and endurance. The play is beautifully staged at Park Avenue Armory, which has turned into New York’s undisputed main stage for presenting cutting-edge, visually inventive theater. It’s returning for a Broadway run—order your tickets now. 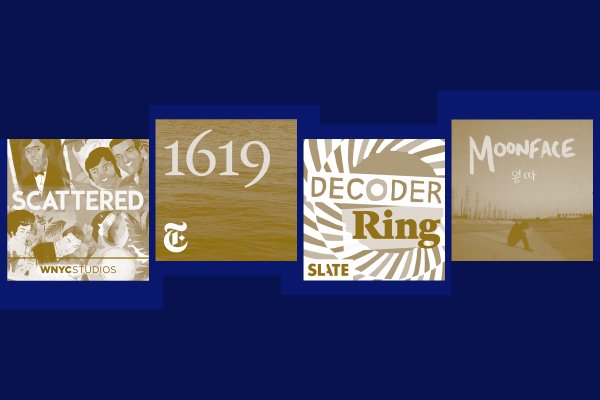