Police Are Not the Only Ones Who Failed Laquan McDonald

Cook County State's Attorney Anita Alvarez speaks to the media about Chicago Police officer Jason Van Dyke following a bond hearing for Van Dyke at the Leighton Criminal Courts Building in Chicago on Nov. 24, 2015.
Scott Olson—Getty Images
Ideas
By Benjamin Crump
Benjamin L. Crump is the attorney for the families of Trayvon Martin, Michael Brown, and Corey Jones and is a former President of the National Bar Association

The National Bar Association, of which I am the president, has called for the termination of Chicago Police Superintendent Garry McCarthy and the resignation of Cook County State Attorney Anita Alvarez following the year-long delay in filing murder charges against Jason Van Dyke, the white police offer who shot to death 17-year-old Laquan McDonald, a black teenager, last year. Van Dyke was charged with first-degree murder last week after a judge ordered the release of a video showing the shooting.

The symbiotic relationship between prosecutors and law enforcement and their failure to hold police officers accountable has fueled mistrust between the African American community and law enforcement. After the shooting, McCarthy did not strip Van Dyke of the privilege of being a law enforcement officer, which could encourage future misconduct by officers. Limited desk duty is not a sufficient punishment for an officer who murdered a teenager who posed no threat. This behavior by the chief law enforcement officer cannot be tolerated, and McCarthy must be terminated.

Every elected prosecutor in this nation swears a duty to serve and protect the community. The actions of Alvarez in this case were not in line with her oath. Alvarez admitted she knew of the existence of the video. Her office issued a report that nine of the 16 entry wounds suffered by McDonald had a “downward or slight downward trajectory,” meaning that he was shot while laying on the ground. Alvarez said that never in her 30 years of law enforcement had she seen anything like the video recording of the shooting. She also said she had been planning for weeks to charge Van Dyke.

But Alvarez’s failure to charge Van Dyke when she first became aware of evidence sufficient to charge him allowed him to remain a police officer for another year and potentially placed the lives of other Chicago citizens at risk. Alvarez should resign because she has proven she is unwilling to protect citizens from rouge police officers who could use improper and illegal force against the citizens of Chicago.

The egregious failure of McCarthy and Alvarez to uphold their oaths of office have shown that they are incapable of remaining in their current positions. They failed the citizens of Chicago, and the National Bar Association has no confidence in their ability to protect and serve the African American community with fairness and honesty in the face of such blatant evidence from the Laquan McDonald video that all of America now bears witness.

Benjamin Crump is President of the National Bar Association and represents the families of Trayvon Martin and Michael Brown. 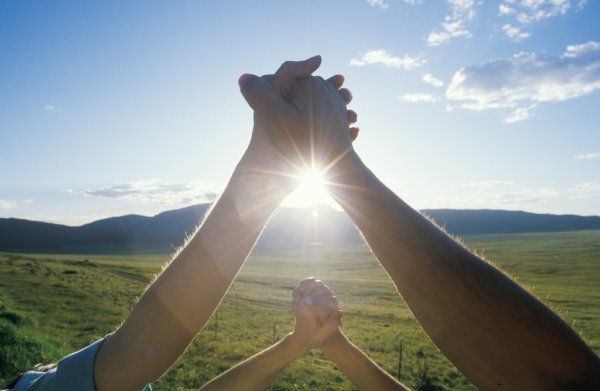 Thanksgiving Is Never Over
Next Up: Editor's Pick