Chicago Mayor Rahm Emanuel said Wednesday that he would not resign following criticism of how his administration has handled the shooting death of a black teenager last year by a white officer.

In his first remarks since announcing Tuesday that he had fired Chicago Police Superintendent Garry McCarthy’s, Emanuel said he would not yield to demands from protesters calling for him to step down. “We have a process called the election,” Emanuel said during a Politico event in Illinois. “The voters spoke. I’ll be held accountable for the decisions and actions that I make.”

McCarthy was fired after the release of a police dash cam video showing Officer Jason Van Dyke shooting 17-year-old Laquan McDonald 16 times, including multiple shots while McDonald was lying in the street. Van Dyke has been charged with first-degree murder and is currently free on bail. The city initially fought the release of the video until a judge ordered it to be made publicly available.

Over the last week, Emanuel has been under pressure to quell protesters’ calls for police reforms and accountability. In the last few days he has announced a task force to look into excessive force incidents by Chicago police and called for more body cams for officers.

The mayor gave a bit more detail on conversations he had with McCarthy concerning how the city could move forward following the release of the McDonald video, saying he met with the former superintendent multiple times beginning on Sunday. Emanuel said he ultimately realized that McCarthy was becoming a liability and had to go.

Hours after McCarthy was fired Tuesday, Illinois Attorney General Lisa Madigan asked the U.S. Justice Department to conduct a civil rights investigation into the police department’s use of force.

Emanuel also said he had canceled a trip to Paris to join global climate change talks, saying he needed to “stay in Chicago to work.” 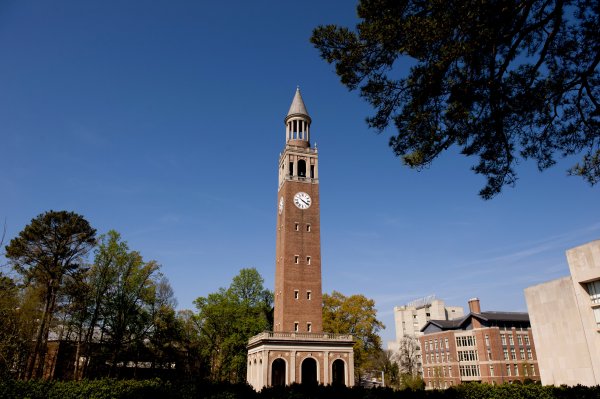 UNC Chapel Hill Threat Cleared After Report of Armed Person on Campus
Next Up: Editor's Pick