How U.S. Sanctions on Hong Kong Could Leave Banks Caught in the Middle

In the latest round of punitive measures that the U.S. government has imposed on Hong Kong, the Trump Administration announced on Aug. 7 that it would sanction 11 high-ranking Hong Kong officials, including the city’s leader Chief Executive Carrie Lam.

The sanctions are not just a Hong Kong issue—they have implications for every bank operating in the financial hub, experts say. According to official figures, 78 of the world’s top 100 banks have a presence in the territory, which has long been a gateway for international firms seeking to do business with China.

Here’s what the unprecedented sanctions mean for the global financial center.

Why were the sanctions imposed?

Hong Kong is one of the world’s most important financial centers and its stock exchange is one of the world’s largest. But for much of 2019, frequently violent anti-government protests shattered the city’s reputation as a stable business hub. Protesters, activists and some pro-democracy politicians began appealing to foreign governments for aid and intervention in their struggle for greater political freedom. Some even began calling for independence—a red line for Beijing.

Perceiving a threat to national security, Beijing implemented a sweeping National Security Law in July to outlaw secession, subversion, terrorism and collusion with foreign governments. Beijing made the move after Hong Kong failed to enact national security legislation in the 23 years since 1997, when the former British possession was returned to Chinese sovereignty, but the Chinese Communist Party faced international criticism over the measure. Since its enactment, the law has been used to disqualify 12 opposition candidates (on such grounds as advocating for Hong Kong’s independence, soliciting foreign interference, and being opposed to the National Security Law itself) and arrest local media tycoon Jimmy Lai over his suspected connections to an activist group that allegedly lobbied overseas governments for sanctions.

The law was also cited in the arrest of four students on suspicion of inciting subversion and in the banning of pro-independence protest slogans.

Earlier this summer, the U.S. revoked the semi-autonomous territory’s special trading and economic status after President Donald Trump signed into law the Hong Kong Autonomy Act, which authorizes sanctions against officials and organizations responsible for undermining Hong Kong’s autonomy. In the wake of Beijing’s enactment of the National Security Law, Trump also issued an executive order authorizing freezing the assets of a group of Hong Kong and mainland Chinese officials deemed to be undermining Hong Kong’s autonomy.

Read More: Trump Just Signed Off on Legislation Aimed at Protecting Human Rights in Hong Kong. Here’s What to Know

Who has been sanctioned so far?

Eleven Hong Kong officials were sanctioned on Aug. 7. Top of the list was the city’s leader, Carrie Lam, for what Washington said was her role in “undermining Hong Kong’s autonomy and restricting the freedom of expression or assembly of the citizens of Hong Kong.”

The Department of the Treasury accused Lam of being “directly responsible for implementing Beijing’s policies of suppression of freedom and democratic processes.”

Others sanctioned include the current and former police commissioners, the secretaries for security and justice and several mainland officials in charge of Hong Kong affairs.

In retaliation, Beijing said that it would sanction 11 Americans, including senators Marco Rubio and Ted Cruz. Other Americans on the list include the head of Human Rights Watch Kenneth Roth. However, no members of the Trump Administration were on the sanctions list.

There may be more sanctions coming. The Hong Kong Autonomy Act requires the Secretary of State to come up with a list by October of foreigners who have “materially contributed” to the Chinese government contravening its promises of a “high degree of autonomy” to Hong Kong for 50 years after the 1997 handover. The Secretary of the Treasury will also come up with a list of “foreign financial institutions” which have conducted a “significant transaction” with those people. The president can then impose sanctions on those people and organizations.

What do the sanctions do?

The Aug. 7 sanctions involve the freezing of all property and interests in property—and any entities owned (50% or more), directly or indirectly, by the 11 sanctioned officials—that are in the United States or in the possession or control of Americans, U.S. incorporated entities and their foreign branches.

Carrie Lam has dismissed the sanctions. “I have no assets in the U.S., and I don’t particularly like going to the U.S.,” she said, according to local newspaper the South China Morning Post, citing a TV interview that Lam gave.

But the sanctions can impact officials’ ability to do business with companies operating in Hong Kong.

“This is likely to cause inconvenience for the newly sanctioned officials, especially when it comes to international banking. Credit cards may be cancelled, wire transfers delayed, loans declined, and so on,” says Nick Turner, a lawyer who specializes in economic sanctions at the law firm Steptoe & Johnson in Hong Kong. He also says that the officials may not be able to use U.S. payment or online shopping platforms.

U.S. President Donald Trump speaks during a news conference in the Rose Garden of the White House in Washington, D.C., U.S., on July 14, 2020.
Photographer: Tasos Katopodis/UPI/Bloomberg via Getty Images

Benjamin Kostrzewa, a registered foreign lawyer at the law firm Hogan Lovells in Hong Kong, and the former assistant general counsel at the Office of the U.S. Trade Representative, says that U.S. banks will no longer be allowed to complete transactions with the 11 officials named. Regional or Chinese banks will likely still be allowed to transact with the officials, though at risk of future sanctions.

“They can technically still do transactions in Hong Kong dollar or renminbi and avoid the U.S. sanctions because there’s no U.S. person or no U.S. dollars involved,” he says. “However, they may be later targeted by the Hong Kong Autonomy Act’s process to identify foreign financial institutions that bank these persons.”

How are banks being affected?

Legal experts say that the Hong Kong Autonomy Act is likely to have a more significant impact on financial institutions.

Kostrzewa says that under the act even non-U.S. banks who have banking relationships with Carrie Lam might be identified as foreign financial institutions and be subject to various sanctions.

Financial institutions across the world could be liable to sanctions if they are deemed to have significant transactions with persons seen to be undermining Hong Kong’s autonomy. “We could be talking about banks in the U.K or anywhere else, Australia, Singapore, wherever a person might have a significant banking relationship,” says Turner.

Meanwhile, article 29 of Hong Kong’s National Security Law makes “imposing sanctions or blockades, or engaging in other hostile activities” against Hong Kong or China an offense. Some legal experts are questioning whether that means compliance with U.S. sanctions might be illegal under the law.

Albert Chen, a professor of law at the University of Hong Kong, says that he believes the article is meant to target locals calling for sanctions

“I don’t think this article was designed to impose criminal liability on banks or companies which may be required by the law of a foreign state to participate in the implementation of a sanction imposed by the foreign state on China or Hong Kong,” he says.

But the National Security Law is vaguely worded and it’s not yet clear how it will be applied. Experts say that it will complicate things if it is indeed applied to organizations that comply with U.S. sanctions.

“If it is found that complying with U.S. sanctions is illegal under the National Security Law it is going to put international banks in a difficult situation,” says Kostrzewa. 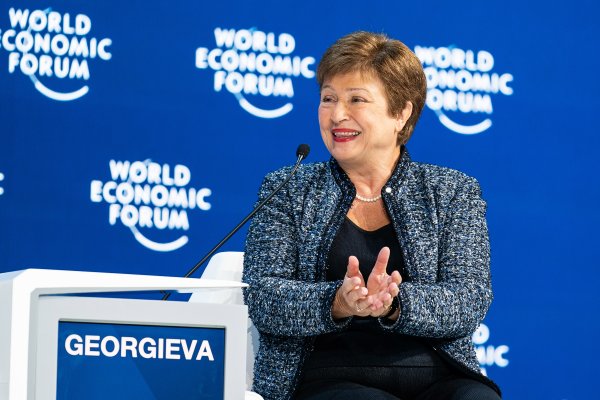 The Finance Industry Groggily Awakens to Climate Change
Next Up: Editor's Pick