Hong Kong authorities on Sunday prevented the head of Human Rights Watch from entering the city, where he planned to launch the organization’s annual report spotlighting rights abuses across the globe.

Kenneth Roth, a U.S. citizen, said he was denied entry at the Hong Kong International Airport after arriving from New York. In response to his repeated questions, Roth said officials told him he was blocked for “immigration reasons.”

“Sadly this episode is just the latest evidence that the Chinese government is doing everything it can to undermine the enforcement of international human rights standards,” Roth said in a video on Twitter.

“I had hoped to spotlight Beijing’s deepening assault on international efforts to uphold human rights,” Roth said in a statement. “The refusal to let me enter Hong Kong vividly illustrates the problem.”

The activist, who has previously visited the semi-autonomous enclave, will instead launch the report at a press conference at the United Nations in New York on Tuesday.

The Foreign Correspondents’ Club of Hong Kong, where Roth was scheduled to speak, said it is “concerned that the Hong Kong government is using the immigration department to act punitively against organizations and media representatives it does not agree with, which is a violation of the commitment to free expression and free speech in Hong Kong law.”

A Hong Kong government spokesperson did not immediately return request for comment, while Hong Kong’s Immigration Department said it does not provide information on individual cases.

Roth’s refused entry comes after China announced in December that it would slap sanctions on several NGOs based in the United States, including Human Rights Watch, in retaliation for legislation supporting pro-democracy protesters in Hong Kong. Neither Beijing nor Hong Kong has provided further details of what those sanctions might entail, according to HRW.

Hong Kong has long been seen as a safe heaven for China-watchers and NGOs conducting work on the mainland. But activists, writers and academics critical of Beijing have increasingly been prevented from entering the territory, undermining the entrepôt’s status as a neutral oasis.

Since coming to power in 2012, Chinese President Xi Jinping has clamped down on all forms of dissent, including jailing journalists, lawyers and human rights activists. The crackdown has reverberated across the Pearl Delta, and tested the endurance of Hong Kong’s semiautonomous status.

In late 2018, Financial Times journalist Victor Mallet was effectively expelled from the city in a move that was widely seen as retribution for his hosting of an event with independence activist Andy Chan. Mallet was later barred from entering the city on a tourist visa.

In June 2019, a key leader of the 1989 Tiananmen Square protests in Beijing was refused entry to Hong Kong ahead of a memorial commemorating the 30th anniversary of the massacre.

American author Dan Garrett, who had testified before a U.S. congressional committee on the anti-government protests that have roiled the financial hub since June, was denied entry in Sept. 2018, ahead of expected protests on China’s National Day. And a U.S. photographer who had covered the unrest was denied entry earlier this month.

According to rights groups, Beijing is actively trying to manipulate global opinions about its growing influence in the world by exporting its censorship model. Although Hong Kong has freedom of expression, the Chinese government is increasingly putting the territory under pressure by attempting to influence editorial content and spreading propaganda, according to a recent Committee to Protect Journalists’ report.

Roth, in his statement, said his refusal of entry was the latest indication of Beijing’s creeping repression. “China’s efforts to interfere with the work of international groups like Human Rights Watch is a form of global censorship that governments should resist before it’s too late.” 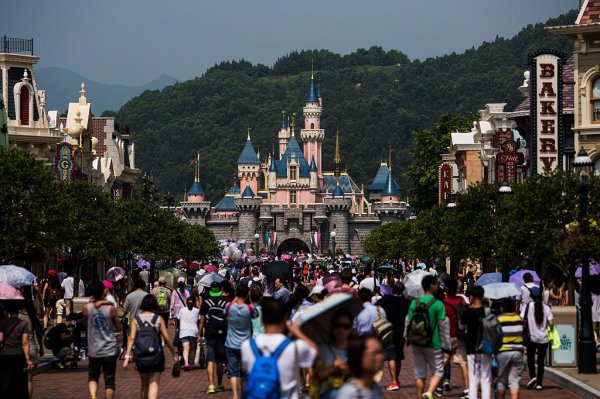