A woman holds Chinese and Hong Kong flags as she disembarks from a boat in Victoria Harbour on the 23rd anniversary of the city's handover from Britain in Hong Kong on July 1, 2020.
Anthony WALLACE—AFP/Getty Images
By laignee barron / Hong Kong

After Beijing enacted a sweeping national security law for Hong Kong, the city’s leader tried to allay fears of a broad crackdown on dissent by promising the measure would affect only a very small minority of people.

But throughout July, the first full month under the new legislation, the measure featured prominently in a sustained effort to quell political upheaval in the enclave, while also ushering in a transformative climate of fear and uncertainty.

The law’s provisions — which punish crimes related to secession, subversion, terrorism and collusion with foreign forces — have been used as grounds for disqualifying political candidates, arresting students over social media posts and banning common protest slogans.

The blows to the city’s democracy movement over the past few weeks have extended beyond the far-reaching law itself. Academics who are key figures in the protests were fired from their posts, police raided the office of an opinion pollster and some vocal members of the political opposition have fled.

The drama-packed month was capped off in its final hours with the year-long postponement of the Sept. 6 elections. While authorities cited the spiraling coronavirus outbreak for the move, opposition candidates saw it as an attempt to thwart their efforts to capitalize on the months-long protest movement and simmering public discontent with success at the ballot box.

For much of last year, demonstrations shattered the city’s reputation as a stable financial hub. Sparked by fears over Beijing’s encroachment on the semi-autonomous city’s freedoms and judicial independence, the protests morphed into an increasingly bold and often violent challenge of the Chinese Communist Party’s authority, prompting Beijing to reassert control.

The new security legislation, which was drafted behind closed doors and imposed without public consultation, encompasses crimes committed abroad and stipulates sentences of up to life in prison. It allows China’s state security agents to operate openly in the city for the first time, and permits extradition to the mainland for trial in Communist Party-controlled courts.

Shrugging off international criticism and sanctions, Beijing and its allies say they will take all necessary steps to safeguard sovereignty and restore stability in Hong Kong. They also insist the city’s freedoms remain intact, even as activists warn of an aggressive attack on their long-cherished civil liberties.

Here is a timeline of the major events over the last month: 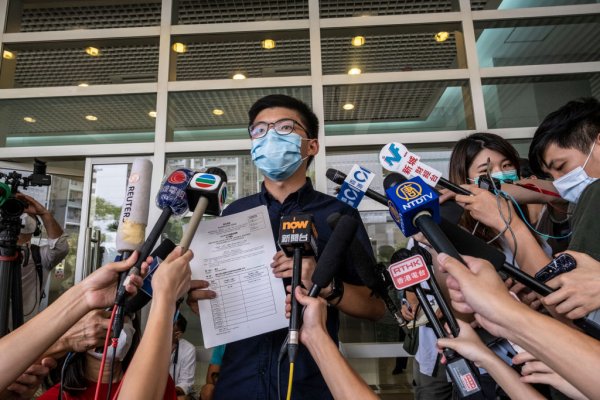