Ideas
By Christiana Figueres and Tom Rivett-Carnac
Figueres was executive secretary of the United Nations Framework Convention on Climate Change from 2010 to 2016, is the co-founder of Global Optimism, co-host of the podcast “Outrage & Optimism” and is the co-author of the recently published book, “The Future We Choose: Surviving the Climate Crisis.”
Rivett-Carnac is a founding partner of Global Optimism and co-author of The Future We Choose

Before COVID-19 crashed into our world, governments had two major crises to tackle: the oil price crash and the climate crisis. Now that three crises have converged, so too can the path through them. We can rebuild clean and healthy with trillions of dollars of stimulus, transitioning away from fossil fuels to clean infrastructure and industries that create millions of jobs, overcome deep social inequalities and create a thriving economy.

In our book, The Future We Choose, we outline two possible futures; one where we act to halve emissions in this decade, and the one imagined in extract below, if we fail.

It is 2050. Beyond the emissions reductions registered in 2015, no further efforts were made to control emissions. We are heading for a world that will be more than 3 degrees warmer by 2100.

The first thing that hits you is the air.

In many places around the world, the air is hot, heavy, and depending on the day, clogged with particulate pollution. Your eyes often water. Your cough never seems to disappear. You can no longer simply walk out your front door and breathe fresh air. Instead, before opening doors or windows in the morning, you check your phone to see what the air quality will be. Everything might look fine—sunny and clear—but you know better. When storms and heat waves overlap and cluster, the air pollution and intensified surface ozone levels can make it dangerous to go outside without a specially designed face mask (which only some can afford).

Our world is getting hotter, an irreversible development now utterly beyond our control. We have already passed tipping points, like The Great Melting of the Arctic sea ice, which used to reflect the sun’s heat. Oceans, forests, plants, trees, and soil had for many years absorbed half the carbon dioxide we spewed out. Now there are few forests left, most of them either logged or consumed by wildfire, and the permafrost is belching greenhouse gases into an already overburdened atmosphere.

In five to 10 years, vast swaths of the planet will be increasingly inhospitable to humans. We don’t know how habitable the regions of Australia, North Africa, and the western United States will be by 2100. No one knows what the future holds for their children and grandchildren.

More moisture in the air and higher sea surface temperatures have caused a surge in extreme hurricanes and tropical storms. Coastal cities in Bangladesh, Mexico, the United States, and elsewhere have suffered brutal infrastructure destruction and extreme flooding, killing many thousands and displacing millions. This happens with increasing frequency now.

Because multiple disasters are often happening simultaneously, it can take weeks or even months for basic food and water relief to reach areas pummeled by extreme floods. Diseases such as malaria, dengue, cholera, respiratory illnesses, and malnutrition are rampant.

Melting permafrost is releasing ancient microbes that today’s humans have never been exposed to—and as a result have no resistance to. Diseases spread by mosquitoes and ticks are rampant as these species flourish in the changed climate, spreading to previously safe parts of the planet, increasingly overwhelming us. Worse still, the public health crisis of antibiotic resistance has only intensified as the population has grown denser in habitable areas and temperatures continue to rise.

Every day, because of rising water levels, some part of the world must evacuate to higher ground. Every day you see images of mothers with babies strapped to their backs, wading through floodwaters. News stories tell of people living in houses with water up to their ankles because they have nowhere else to go, their children coughing and wheezing because of the mold growing in their beds, insurance companies declaring bankruptcy leaving survivors without resources to rebuild their lives.

Those who remain on the coast must now witness the demise of a way of life based on fishing. As oceans have absorbed carbon dioxide, the water has become more acidic and is now so hostile to marine life that all but a few countries have banned fishing, even in international waters. Many people insist that the few fish that are left should be enjoyed while they last—an argument, hard to fault in many parts of the world, that applies to so much that is vanishing.

As devastating as rising oceans have been, droughts and heat waves inland have created a special hell. Vast regions have succumbed to severe aridification, sometimes followed by desertification. Wildlife there has become a distant memory.

Cities such as Marrakech and Volgograd are on the verge of becoming deserts. Hong Kong, Barcelona, Abu Dhabi, and many others have been desalinating seawater for years, desperately trying to keep up with the constant wave of immigration from areas that have gone completely dry.

Extreme heat is on the march. If you live in Paris, you endure summer temperatures that regularly rise to 111°F (43.8°C). This is no longer the headline-grabbing event it would have been 30 years ago. Everyone stays inside, drinks water, and dreams of air-conditioning. You lie on your couch, a cold, wet towel over your face, and try to rest without dwelling on the poor farmers on the outskirts of town who, despite recurrent droughts and wildfires, are still trying to grow grapes, olives, or soy—luxuries for the rich, not for you.

You try not to think about the 2 billion people who live in the hottest parts of the world, where, for upward of 45 days per year, temperatures skyrocket to 140°F (60°C) —a point at which the human body cannot be outside for longer than about six hours because it loses the ability to cool itself down. Places such as central India are becoming increasingly challenging to inhabit. For a while people tried to carry on, but when you can’t work outside, when you can fall asleep only at 4 a.m. for a couple of hours because that’s the coolest part of the day, there’s not much you can do but leave. Mass migrations to less hot rural areas are beset by a host of refugee problems, civil unrest, and bloodshed over diminished water availability.

Even in some parts of the United States, there are fiery conflicts over water, battles between the rich who are willing to pay for as much water as they want and everyone else demanding equal access to the life-enabling resource. The taps in nearly all public facilities are locked, and those in restrooms are coin-operated. At the federal level, Congress is in an uproar over water redistribution: states with less water demand what they see as their fair share from states that have more. Government leaders have been stymied on the issue for years, and with every passing month the Colorado River and the Rio Grande shrink further

Food production swings wildly from month to month, season to season, depending on where you live. More people are starving than ever before. Climate zones have shifted, so some new areas have become available for agriculture (Alaska, the Arctic), while others have dried up (Mexico, California). Still others are unstable because of the extreme heat, never mind flooding, wildfire, and tornadoes.

One thing hasn’t changed, though—if you have money, you have access. Global trade has slowed as countries such as China stop exporting and seek to hold on to their own resources. Disasters and wars rage, choking off trade routes. The tyranny of supply and demand is now unforgiving; because of its increasing scarcity, food can now be wildly expensive. Income inequality has never been this stark or this dangerous.

As committed as nations are to keeping wealth and resources within their borders, they’re determined to keep people out. Most countries’ armies are now just highly militarized border patrols. Lockdown is the goal, but it hasn’t been a total success. Desperate people will always find a way.

Ever since the equatorial belt started to become difficult to inhabit, an unending stream of migrants has been moving north from Central America toward Mexico and the United States. Others are moving south toward the tips of Chile and Argentina. The same scenes are playing out across Europe and Asia. Some countries have been better global Good Samaritans than others, but even they have now effectively shut their borders, their wallets, and their eyes.

Even if you live in areas with more temperate climates such as Canada and Scandinavia, you are still extremely vulnerable. Severe tornadoes, flash floods, wildfires, mudslides, and blizzards are often in the back of your mind. Depending on where you live, you have a fully stocked storm cellar, an emergency go-bag in your car, or a six-foot fire moat around your house. People are glued to weather forecasts. Only the foolhardy shut their phones off at night. If an emergency hits, you may only have minutes to respond.

The weather is unavoidable, but lately the news about what’s going on at the borders has become too much for most people to endure. Under increasing pressure from public health officials, news organizations have decreased the number of stories devoted to genocide, slave trading, and refugee virus outbreaks. You can no longer trust the news. Social media, long the grim source of live feeds and disaster reporting, is brimming with conspiracy theories and doctored videos.

The demise of the human species is being discussed more and more. For many, the only uncertainty is how long we’ll last, how many more generations will see the light of day. Suicides are the most obvious manifestation of the prevailing despair, but there are other indications: a sense of bottomless loss, unbearable guilt, and fierce resentment at previous generations who didn’t do what was necessary to ward off this unstoppable calamity.

Adapted from THE FUTURE WE CHOOSE: Surviving the Climate Crisis by Christiana Figueres and Tom Rivett-Carnac, published by Alfred A. Knopf, an imprint of The Knopf Doubleday Publishing Group, a division of Penguin Random House LLC. Copyright

2020 by Christiana Figueres and Tom Rivett-Carnac. 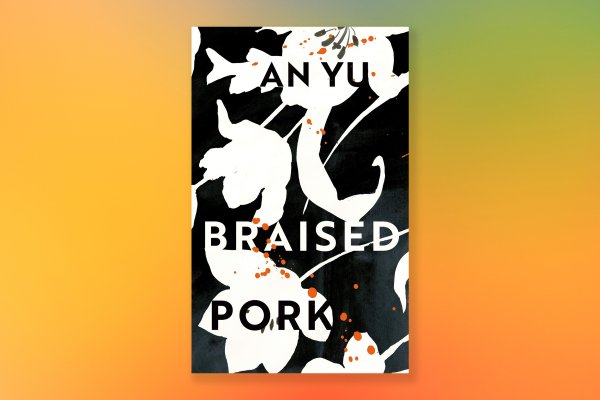 An Yu’s Braised Pork Is an Engrossing Portrait of Isolation
Next Up: Editor's Pick