If There Was a Winner in the OPEC Deal, it Might Be President Trump

Oil pumping jacks, also known as "nodding donkeys", operate in an oilfield near Almetyevsk, Tatarstan, Russia, on March 11.
Andrey Rudakov—Bloomberg/Getty Images
Ideas
By Ian Bremmer
Bremmer is a foreign affairs columnist and editor-at-large at TIME. He is the president of Eurasia Group, a political-risk consultancy, and GZERO Media, a company dedicated to providing intelligent and engaging coverage of international affairs. He teaches applied geopolitics at Columbia University’s School of International and Public Affairs and his most recent book is Us vs. Them: The Failure of Globalism.

On April 12, a collection of the world’s leading oil-producing countries agreed to production cuts that ended a brief but destructive oil-price war. And not a moment too soon, given the damage to a global economy already reeling from the impact of COVID-19.

The war began in March when Saudi Arabia, the world’s leading oil exporter, moved to teach Russia, the world’s No. 2, a bitter lesson. For three years, they had coordinated limits on their respective oil exports to ensure that in a world where the U.S. had added millions of barrels of daily production in recent years, prices remained high enough to ensure healthy revenue for their governments.

Then, five weeks ago, the Russians refused a Saudi request to limit exports further. In retaliation, the Saudis promised to drown the market in crude and to cut the price that Europeans pay for Saudi oil to slice into Russian market share. The Russians, flush with cash in reserve and hoping lower prices would damage U.S. shale-oil producers, refused to blink.

The fight quickly got out of hand. Flooding the market with crude at a time when the novel coronavirus had already dropped global demand for oil by some 25% not only bankrupted some privately owned oil companies but also pushed some oil-export–dependent governments into fiscal crisis. In addition, it heightened fears of a doomsday scenario in which sharply reduced global demand for oil would render excess crude oil essentially worthless.

Then, after a week of informal talks and arm-twisting by President Donald Trump, a larger group of countries agreed to coordinate cuts with the Saudis and Russians to push prices higher and end the crisis. Saudi Arabia pledged to cut about 4 million barrels per day (bpd) to its lowest level of output in nearly a decade, according to Eurasia Group’s research. Russia promised a reduction of 2.5 million bpd. The U.S., Brazil, Canada, Mexico and Norway joined OPEC countries to promise smaller cuts. Add scaled-back drilling and bankruptcies forced by the price war, and global oil output could fall by 15 million to 20 million bpd in coming weeks. But this grand bargain won’t help oil producers as much as they would like. The COVID-19 lockdown has dropped demand for oil by about 25 million bpd from a precrisis level of about 100 million bpd. As countries recover, their demand for crude will rise again, but that will take time. And some countries in this deal will cheat. Oil deals never deliver all they promise because it’s easy for some to sell more than they promise. That’s especially true for countries like Russia that move large volumes of crude by pipeline.

Who won the oil-price war? Nobody. Mohammed bin Salman, Saudi Arabia’s impetuous crown prince, hasn’t done himself any favors. As with Saudi involvement in Yemen’s civil war, the murder of journalist Jamal Khashoggi and other matters, the prince has wreaked havoc with little to show for it. As for the Russians, they underestimate the resilience of the U.S. shale-oil companies.

If there is a winner, it might be Trump. In brokering this deal, he proved that the U.S. President can still convene powerful countries around a table to make a deal. It’s also the first time in decades an American President has pushed for higher oil prices, a reminder that the U.S. is now the world’s leading oil producer.

It’s a rare win for international co-operation as well. Not since the global financial crisis have countries with such varied interests agreed on something that will produce such an immediate positive effect for all of them. 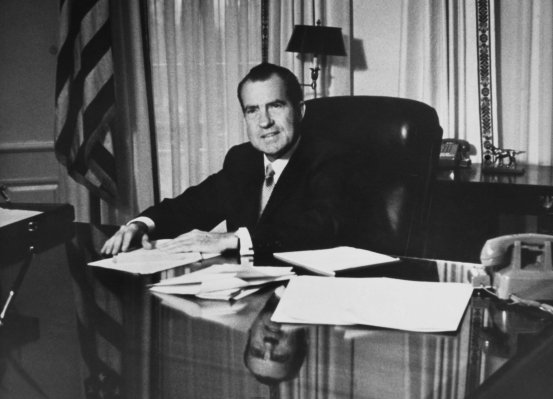 What Came Before the Coronavirus Stimulus 'Recovery Rebates'
Next Up: Editor's Pick