Behind the Scenes of TIME's 100 Women of the Year Issue

Judith Heumann knew what it meant to be seen. In 1977, after regulations for the first federal disability-rights law stalled, Heumann, an activist and wheelchair user, organized a sit-in, crowding more than 100 disabled protesters into a San Francisco federal building. “We demonstrated to the entire nation that disabled people could take control over our own lives,” she said. A month later, the regulations were signed, ushering in a new era of accessibility for millions of Americans.

Heumann’s stirring story is just one example of the 100 in this issue. Also featured are chemist Rosalind Franklin, whose role in identifying the structure of DNA was overlooked in favor of her male colleagues, and environmental activist Wangari Maathai, who spent International Women’s Day in 2001 in jail for planting trees. Inspired by TIME’s annual Person of the Year, we chose an influential woman for each year starting in 1920, marking the 100th anniversary of women’s suffrage in the U.S.

For me, seeing women on the cover of a magazine created by men for “busy men,” as TIME’s founders wrote in their original prospectus, is always powerful. I joined TIME in 2012, when over the course of a year just a handful of women were featured on the cover. In 2019, TIME featured more solo women on its cover than men for the first time in our 97-year history. The world has changed and TIME has too, but there have always been women worthy of TIME’s cover.

The feminist movement is always about progress, and acknowledging the role of women in history is as much about looking ahead as it is about re-examining the past. As Gloria Steinem wrote in these pages 50 years ago, “The most radical goal of the movement is egalitarianism.” 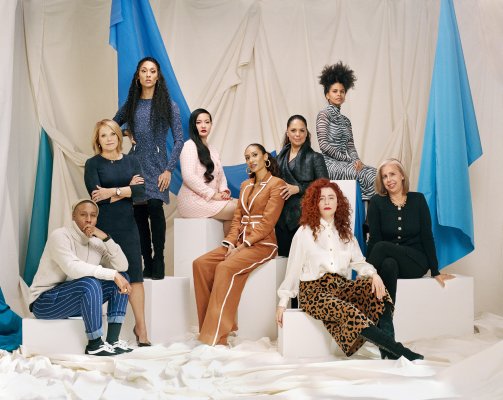 Why Women's History Should Be Everyone's History
Next Up: Editor's Pick